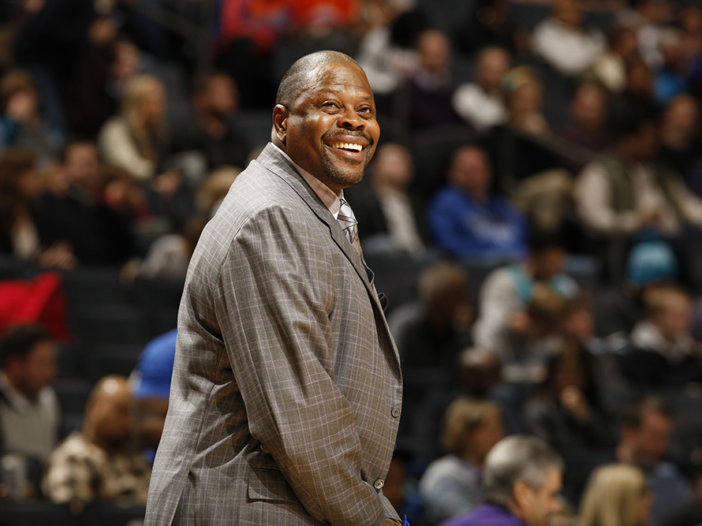 After four players transferred during the 2019-20 season, a losing record and a loss in the first round of the Big East Tournament, Georgetown men’s basketball Head Coach Patrick Ewing (CAS ’85) is looking to rebound in the 2020-21 season.

ESPN’s ten-part documentary “The Last Dance,” which began release April 19, has brought Ewing into the national spotlight for his professional career and rivalry with Michael Jordan. The documentary highlights how Ewing had to overcome adversity to capture an NCAA title in 1984. Since Ewing returned to Georgetown University to coach the Hoyas in 2017, the team is 49-46 and has lost eight of Ewing’s original recruits to transfers. In a May 8 interview with The Hoya, Ewing discussed his plans to overcome a losing record and lost players.

The upcoming season will mark the first year Ewing is responsible for recruiting every player on the team. Though past rosters have been a mix of Ewing’s recruits and those recruited before his tenure, the team collaborated well on the court, according to Ewing.

“I don’t see it as being any different. Even though I didn’t recruit those guys, they were mine. Last year was definitely a trying year for us in the fact that we had to grow from mistakes that were made, but we try to move past that,” Ewing said in an interview with The Hoya. “I thought that my guys did a great job of rallying around each other and persevering.”

Last season saw four players leave the team just before the beginning of conference play. Ewing announced Dec. 2 that guard James Akinjo and forward Joshua LeBlanc were entering the transfer portal. Upon Ewing’s announcement, the Washington Post uncovered that LeBlanc had been accused in a civil complaint of burglarizing an off-campus residence and threatening violence against a Georgetown student. Forward Galen Alexander was accused of burglarizing the residence alongside LeBlanc and forward Myron Gardner was accused of sexually assaulting the student’s roommate in a separate complaint. Alexander and Gardner entered the transfer portal Dec. 13. Akinjo’s transfer was not related to any of the incidents.

Last season’s midyear departure of Akinjo, LeBlanc, Gardner and Alexander hurt the program, according to Ewing.

“It definitely affected us because all four of them were going to be a part of our future,” Ewing said. “But the fact that they left when that incident happened — I think that it hurt all of us. But I think that our guys did a great job of coming together and putting that incident behind them.”

Looking ahead, Ewing sees challenges with players not being able to spend the summer preparing on campus. Because of the COVID-19 pandemic, the team is unable to practice on campus during the summer. Instead, the team will practice remotely as they prepare for the upcoming season, according to Ewing. Georgetown anticipates bringing six or seven new players onto the roster this fall. The Hoyas anticipate returning to the gym in person at the beginning of classes this fall.

Losing time over the summer to mesh as a team could prove an obstacle this fall, Ewing said.

“With the new guys, they won’t be here until the pandemic is over, so once school is able to come back to campus, we’re going to have to hit the ground running,” Ewing said. “Everything is going to be condensed. It’s going to be all about getting to know each other better, getting those new team members focused both academically and athletically.”

As for his own quarantine routine, Ewing said he is focusing on developing the team and is looking forward to the end of the pandemic.

“My daily routine is getting up, getting a workout in, getting on a Zoom call with coaches and recruits,” Ewing said. “I’ve been talking to the players a few times a week, making sure they’re doing what they need to do to finish up strong. It’s not like they can go out and workout or anything like that, but we want to make sure their mental well-being is intact.”

Ewing also reflected on his professional and collegiate basketball career in light of the recent documentary. ESPN’s release of its documentary “The Last Dance” has highlighted the rivalry between Jordan and Ewing. The two faced off several times in their careers, both in NCAA play and in the NBA, where Jordan spent much of his career with the Chicago Bulls and Ewing played for the New York Knicks.

While Ewing and Jordan were opponents for nearly their entire careers, they found themselves on the same rosters in 1984 and 1992 as members of the U.S. men’s Olympic basketball team. In 1992,  the “Dream Team,” which also included renowned players Christian Laettner, Larry Bird, Charles Barkley and Magic Johnson, won gold for the United States against Croatia.

Ewing said that getting to play alongside Jordan and other well-known players gave him the opportunity to not only bring home Olympic gold but also to spread the game of basketball worldwide.

“Playing for the Dream Team was a great experience — we were like rock stars. We grew the game of basketball worldwide,” Ewing said. “Before, soccer was the most played sport worldwide, but after the Dream Team in ’92, I think basketball took over. It was a great opportunity for me to represent the country, and it was a great opportunity to play with the greatest players who ever played the game. To play with guys who are just as great or even better than you not only humbles you but also gives you an opportunity to see how you can get better.”

While Georgetown fell short to Jordan’s North Carolina Tar Heels in the 1982 NCAA championship, the Hoyas came back to win a national title in 1984, after Jordan had joined the NBA.

Ewing said he seeks to instill the resilience he gained after losing the national championship to Jordan in his players today.

“Anybody who plays any type of sport — their goal is to win a championship. Unfortunately, we only won it once,” Ewing said. “One of the things I talk to my kids about is how hard it was to get there. It’s everyone’s goal at the beginning of the year. Hopefully, they have the focus and drive to get there themselves.”