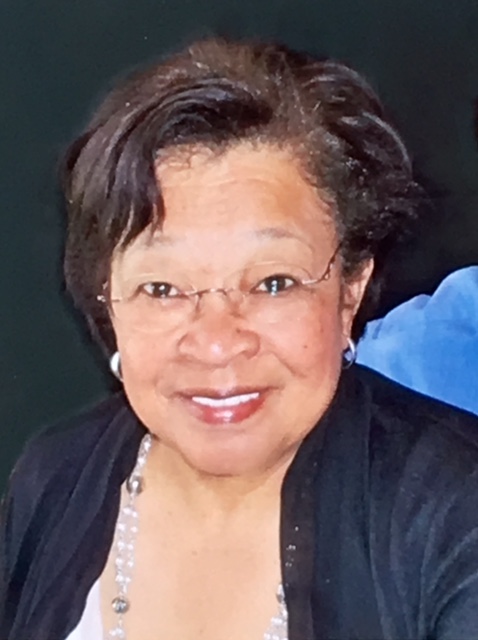 Patricia Bayonne-Johnson’s search began innocuously. When the teacher of her scrapbooking class brought in an example project documenting a family history, she loved the idea.

“That got me started,” Bayonne-Johnson said.

She began with the Bayonnes, her father’s line, but in 2004, as she prepared for a family reunion on her mother’s side in New Orleans, Bayonne-Johnson decided to trace the ancestry of her mother, Augusta Hicks. She contacted Judy Riffel, a genealogist who had previously helped her with the Bayonne project, and sent her a set of documents on the Hicks-Estes family line.

“Judy, from prior experiences, knew of a band who had purchased a bunch of slaves from Maryland,” Bayonne-Johnson said.

Riffel went to the courthouse in Plaqueville, La., where she found four records referencing Nace and Biby Butler. “We knew that was the family,” Bayonne-Johnson said.

The fourth document was the coup de grace: an 1838 bill of sale from Fr. Thomas Mulledy, S.J., former president of Georgetown University, to Henry Johnson, a former governor of Louisiana who bought the slaves on behalf of Jesse Batey.

Nace and Biby Butler, Bayonne-Johnson’s great-great-great-grandparents, were two of the 272 slaves sold in 1838 to save Georgetown University from its $17,000 of debt.

Bayonne-Johnson wanted more confirmation, though, so she kept moving back in time. When she found out Mulledy was a Jesuit priest, she combed through an inch-thick stack of files from the Jesuit Plantation Project and discovered that the Butlers lived on a Jesuit plantation called St. Inigoes in Maryland.

Her final confirmation came on July 4, 2008, after four years of searching for the ship upon which Nace and Biby Butler were transported from Maryland to Louisiana. She found the name and electronic records of the manifests of slaves entering New Orleans.

“It occurred to me, let me put my great-great-great-grandfather’s name in, since it was unusual. Nace Butler,” Bayonne-Johnson said. “The entire family popped up. All of them. They were listed by name; the age was there; the height was there; and the color of the skin was on the manifest.”

And thus it was official. Then, Bayonne-Johnson revealed the history to her large Roman Catholic family.

“Everybody was excited in a way to hear about the Butlers,” Bayonne-Johnson said. “But everybody also said, ‘This is shocking. This is appalling.’”

The Georgetown slaves were unusual in two ways, according to Georgetown Memory Project Founder Richard Cellini. First, they were baptized by Jesuits and kept the faith; second, they had both first and last names, whereas most slaves only had one name. During her search, the last name Butler stood out to Bayonne-Johnson.

“I took that to mean that the parishioner who donated the slaves to the Jesuits — because that’s how they got a lot of their slaves, as donations from their rich parishioners — was a Butler,” Bayonne-Johnson said.

Yet, in the context of the Jesuits, the first name is perhaps even more profound.

Nace Hicks also fathered Augusta Hicks, who, after marrying Harold Bayonne, gave birth to Patricia Bayonne-Johnson, now a 75-year-old retired biology teacher who lives in Spokane, Wash., after growing up in New Orleans and living for 40 years in the San Francisco Bay Area. Today, she volunteers and travels — and in her spare time, researches her past.

She currently works with Cellini at the Maryland-based Georgetown Memory Project, focusing on her bloodline. More than 20 years after the scrapbooking class, her effort to comb through her family tree continues.

“It’s not over because it’s never over,” Bayonne-Johnson said. “I belong to the African American Genealogical Society of Northern California. They have a motto that says, ‘It’s your history. Isn’t it time you told your story?’ I’ve taken that to heart. That’s all I’ve ever wanted.”