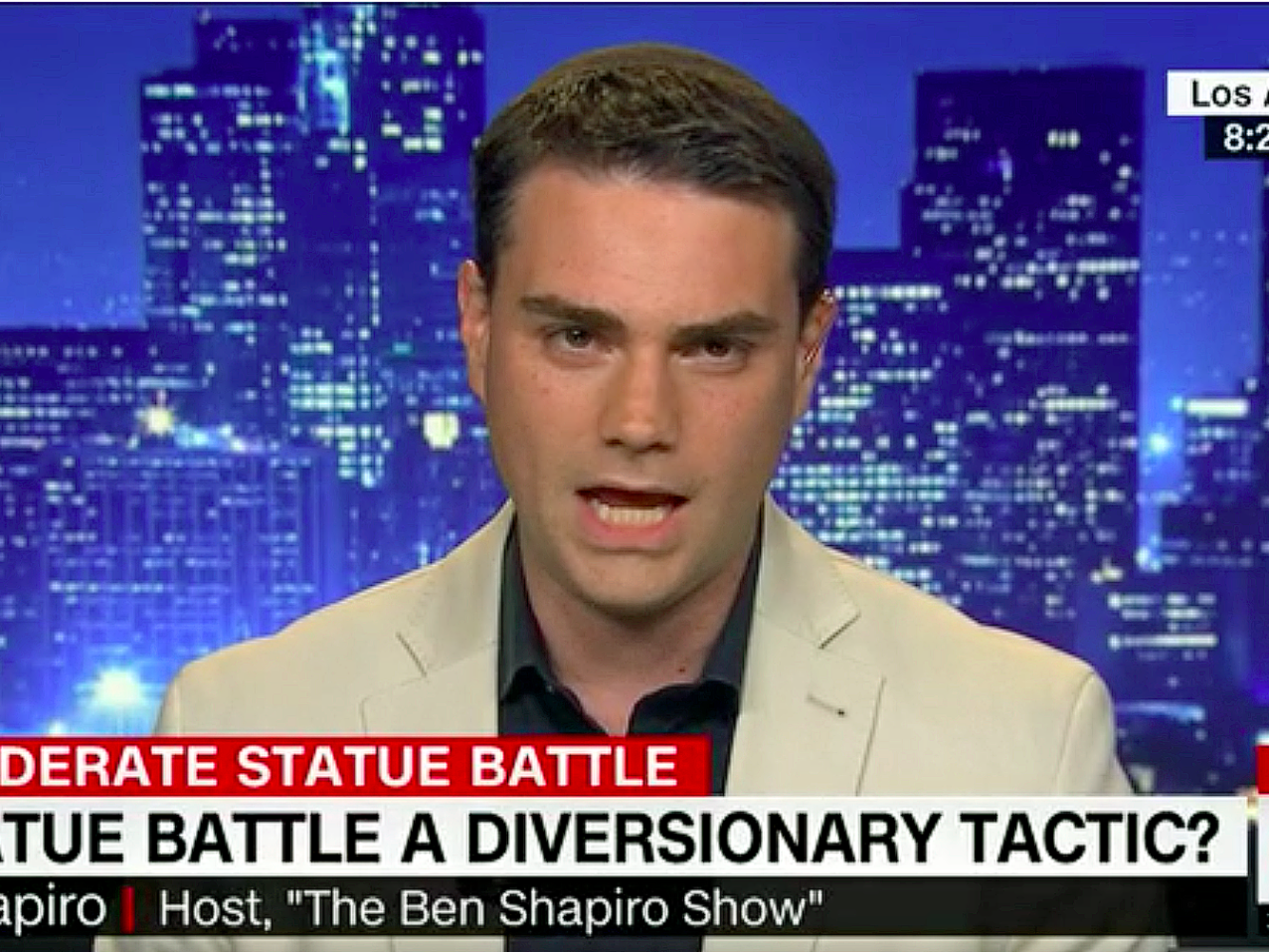 The event is planned to be a discussion on free speech located in Lohrfink Auditorium. Admission to the event is free to Georgetown students and faculty members.

Shapiro is a syndicated columnist, lawyer and author of seven books. He is the editor-in-chief of The Daily Wire, a conservative news website, and host of the podcast, ‘The Ben Shapiro Show.” He previously contributed to Breitbart News as an editor-at-large until resigning in March 2016.

A frequent college campus lecturer, Shapiro made a name for himself as a critic of former President Barack Obama, mainstream media, Hollywood and identity politics, all of which he has written polemic books on.

GUCR President Emerita Allie Williams (SFS ’19) said the organization supports Shapiro’s advocacy for free speech and that having him on campus will be an important opportunity for students to discuss these ideas. (Full disclosure: Williams is a member of The Hoya’s editorial board.)

“For years GUCR members have expressed the desire to host Mr. Shapiro, a conservative commentator whom many college students admire for his free speech advocacy and unabashed conservatism,” Williams wrote in an email to The Hoya. “We feel that this event is a tremendous opportunity for the Georgetown community to engage with Mr. Shapiro, whom many label as the voice of the conservative millennial movement, and demonstrate our commitment to free speech as Hoyas.”

Current GUCR President Jake Lyons (COL ’20) said members of his organization have been pushing for an event with Shapiro for years, and they are excited for their work to finally come to fruition.

“Our members have expressed that they have wanted to host Mr. Shapiro at Georgetown for a number of years now, and we are proud to finally make it happen,” Lyons wrote in an email to The Hoya.

Shapiro’s views on topics ranging from Israel to the status of transgender individuals have made him the source of public debate on college campuses. Student protesters have labelled his rhetoric as hate speech in the past and have called for the removal of his speaking platform, as California State University, Los Angeles students attempted to do in 2016.

Failing to prevent him from speaking, Cal State LA students blocked classmates from entering the building where Shapiro was scheduled to speak. Students formed human blockades, started fights and pulled a fire alarm when his speech began.

Aiden Johnson (COL ’19), chair of the Lecture Fund, said the event is an opportunity for students to engage with ideas that may differ from their own.

“The Lecture Fund continues to exist as a non-partisan organization that deeply values the free exchange of ideas on our campus,” Johnson said. “As is the case with every event that we are involved in, our organization’s support is not an endorsement of any set of beliefs or viewpoints, but rather a commitment to giving students the chance to interact with a speaker and to develop their own beliefs about the topic being discussed.”

Protests of Shapiro’s speech at the University of California, Berkeley in September 2017 were relatively peaceful, though campus police took extensive preventative measures following the violent reaction to a speech by Milo Yiannopoulos, a more contentious speaker, planned in February. Security for the Shapiro event cost $600,000 and resulted in nine arrests of protesters, four of whom were arrested for carrying banned weapons, according to a Sept. 15 article in the Los Angeles Times.

Lyons said GUCR has coordinated with both GUPD and Shapiro’s security team to ensure the safety of attendees and protesters, and has planned for a specified “expression space for protest outside of the venue.”

In the interest of encouraging dialogue between those with dissenting opinions, Williams said that GUCR has invited members of dissenting organizations and has set aside reserved seating for two leaders of these student groups.

“I also want to note that, while Mr. Shapiro was among the first individuals to denounce the alt-right movement as racist and anti-Semitic, we recognize that there are several groups on campus who have views and beliefs that contradict with his own,” Williams wrote. “That is why last night I reached out to these groups, providing them with a ‘heads up’ that the event is taking place, and inviting their membership to attend the event and challenge Mr. Shapiro during the Q&A.”

Lyons corroborated the statement, saying that discussion between those with differing opinions helps make events like this important.

“My predecessor, Allie Williams, and I believe that some of the strongest conversations on Georgetown’s campus are the ones in which students are given the opportunity to examine, question, and hear from speakers,” Lyons said. “We hope that all Georgetown students will help us make this event as impactful and well-rounded as it can be.”