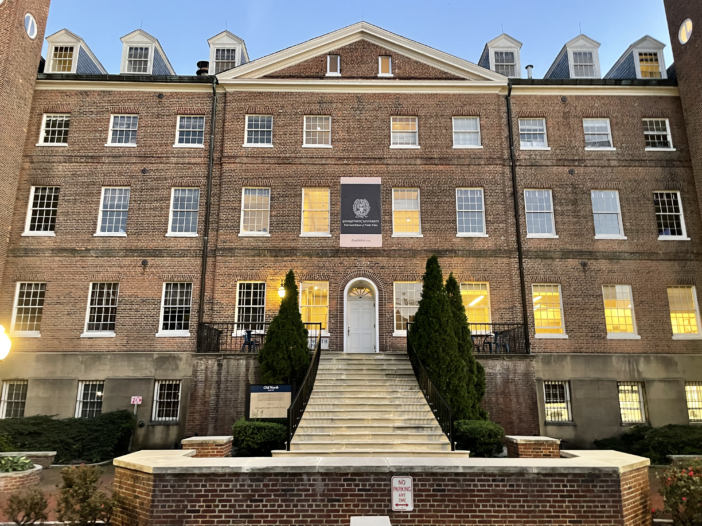 President Joe Biden has nominated Georgetown University professor Adriana Kugler as the U.S. executive director of the International Bank for Reconstruction and Development.

Kugler is a professor of Public Policy and Economics in the McCourt School of Public Policy. If confirmed, she will represent the United States and its interests on the Board of Directors of the World Bank Group.

Kugler’s research has informed policymakers and shared analysis of critical issues with the public, according to McCourt Dean Maria Cancian.

“Dr. Kugler’s nomination serves to highlight her tremendous expertise and distinguished history of contributions to the policy debate,” Cancian wrote in an email to The Hoya. “The faculty of the McCourt School of Public Policy are deeply engaged in developing rigorous evidence to inform public policy in the U.S. and across the globe.”

Kugler has previously worked in the federal government, serving as the chief economist of the U.S. Department of Labor during the Obama administration, according to an Aug. 31 McCourt news release. She was also a policy volunteer for Biden’s presidential campaign.

Kugler was unable to respond to The Hoya’s request for comment because she is preparing for upcoming Senate confirmation hearings that will take place in the next few weeks.

While Kugler is awaiting a hearing before the Senate Foreign Relations committee, she is set to undergo a series of background checks from various federal agencies, including the Federal Bureau of Investigation and the Internal Revenue Service. After final votes are held in the committee, Kugler’s nomination will be brought before the entire Senate for debate and a final vote.

The executive director position is one of the U.S. presidential appointed positions at the World Bank, alongside the governor and both positions’ alternatives, that require Senate confirmation.

Kugler holds a B.A. in economics from McGill University and a Ph.D. in economics from the University of California, Berkeley. Much of her research focuses on public policy, unemployment and immigration. Her published works include a co-authorship on a paper about peer educational effects on children in the aftermath of Hurricane Katrina and a co-authorship on a paper about the impact of immigrants in U.S. labor markets.

Kugler was deeply interested in understanding how labor markets operate, according to David Levine, chair of the Economic Analysis and Policy Group at UC Berkeley, who helped advise Kugler’s doctoral dissertation. Her knowledge of theory and strength in empirical methods will make her an asset at the World Bank, according to Levine.

“Since leaving Berkeley I have followed her career successes with pleasure, but not surprise,” Levine wrote in an email to The Hoya. “Adriana combines a deep understanding of complex topics with the ability to explain them clearly. She is an excellent choice.”

The Biden administration announced its intent to nominate Kugler on Aug. 4 alongside eight other nominations to leading roles in foreign policy and national security. Kugler is one of many Georgetown community members nominated by Biden for notable positions in government.

In November 2020, then President-elect Biden named 11 Georgetown graduates and faculty to serve in prominent positions in his administration, including Ron Klain (CAS ’83), who now serves as the White House chief of staff. In January 2021, the Biden administration selected 12 Georgetown University Law Center graduates and four faculty members to serve in various upper-level government positions, including Avril Haines (LAW ’01) as the first woman to serve as the Director of National Intelligence.

Kugler’s experience in research, education and public service makes her qualified to take on this demanding role, according to Cancian.

“Her decades-long career, working to improve labor market outcomes and policies for citizens across the globe, has undoubtedly prepared her for this important role,” Cancian said in the Aug. 30 McCourt news release. “On behalf of the entire McCourt School community, I wish to congratulate Professor Kugler and thank her for her service.”