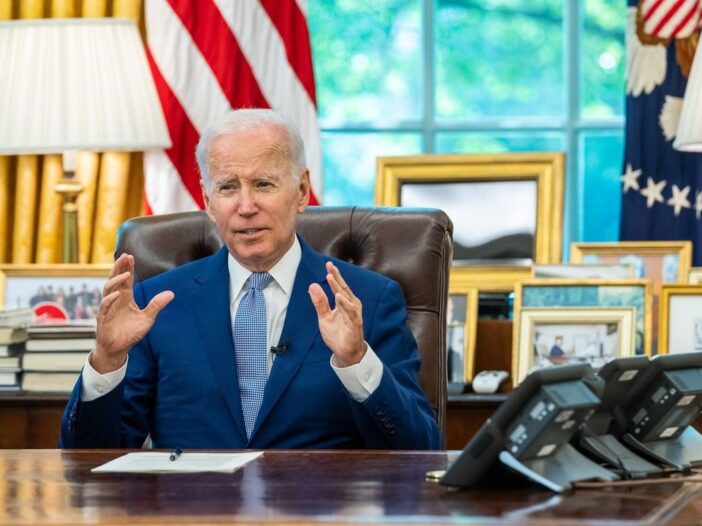 A decade after Austin Tice (SFS ’02, LAW ’13) was last seen in Syria covering the Syrian civil war, President Joe Biden has demanded information about Tice’s whereabouts and reaffirmed his commitment to working with the Syrian government to ensure Tice’s release.

Tice was kidnapped Aug. 14, 2012, just days after his 31st birthday, while he was working as a freelance journalist in Syria after completing his second year at the Georgetown University Law Center. Over a month later, Tice was shown blindfolded and surrounded by armed and masked men in a video published anonymously on a website that supports the Syrian government. Debra and Marc Tice, Tice’s parents, have demanded Tice’s release since his disappearance.

Debra and Mark published an open letter in The Washington Post in October 2021 calling on Biden to work with diplomats to work towards Tice’s release. On May 2, Tice’s parents met with Biden, asking for continuing diplomatic engagement and “transactional negotiation” with Syria.

Biden said Tice’s release is a top priority of his administration as they work to return those wrongfully detained abroad.

“I am calling on Syria to end this and help us bring him home,” Biden said in the statement. “There is no higher priority in my Administration than the recovery and return of Americans held hostage or wrongfully detained abroad. We must name them, keep them in our hearts and our minds, and make their recovery and return a priority.”

“There are reportedly several active lines of official outreach at work in the effort to secure Austin Tice’s freedom,” Sinderbrand wrote to The Hoya. “While there is no expectation that those will be detailed publicly, there should certainly be a push to further widespread awareness of the fact that this brave journalist’s welfare and imminent release are top priorities for the U.S. government.

On August 17, Syrian officials released a statement denying Tice was being held. The Syrian Foreign Ministry called Biden’s claims invalid and redirected blame for Tice’s disappearance to American officials encouraging foreigners to enter Syria illegally. Tice and other journalists covering the Syrian war without an invitation from the government could only cross into Syria illegally through Turkey.

“We believe, to this very day, that Syria still has the power to release Austin Tice,” Price said in the briefing. “That is why we are calling on the Syrian regime to do just that.”

Walsh School of Foreign Service (SFS) Dean Joel Hellman praised Biden’s efforts to work towards Tice’s release and said the Georgetown community longs for the day when Tice can be welcomed back to campus to celebrate his freedom.

“We at SFS welcome President Biden’s commitment to bringing Austin Tice home after a decade of captivity,” Hellman wrote to The Hoya. “In his efforts to show the world the atrocities of the war in Syria, Austin Tice has always embodied the true spirit of women and men for others.”

Although Biden’s renewed demand for Tice’s release is an important step, senior officials must work toward Tice’s release, Sinderbrand said.

“The question remains the same as it has under three presidents so far, as those responsible for Austin Tice’s captivity continue to ignore baseline international norms and stonewall legitimate communication: what the next steps to secure his freedom might be,” Sinderbrand wrote.

Sinderbrand said Tice’s case is an important reminder of attacks on press freedom.

“The Tice family has suffered for far too long, and tragic cases like this are a direct assault on press freedom that cannot be forgotten,” Sinderbrand wrote.