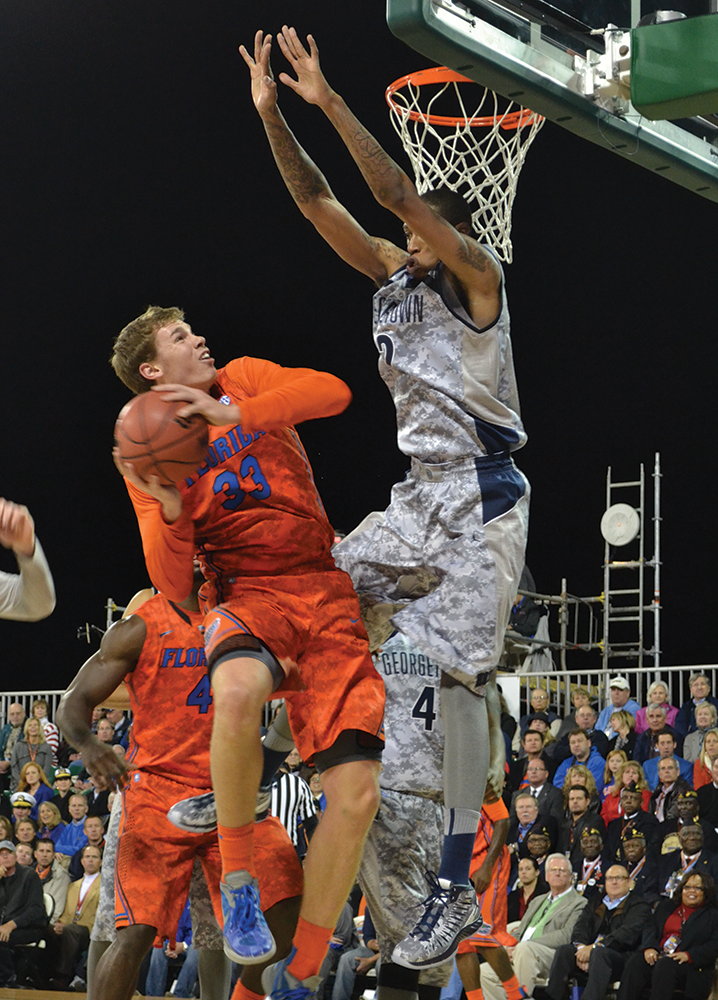 When longtime Big East mainstays such as West Virginia, Syracuse and Pittsburgh bolted for more financially stable conferences driven by bigger football markets, it was clear that the conference’s days were numbered.

At least as we knew it.

Not long after the Big East moved to add Tulane to replace Louisville, the seven basketball-only members of the Big East voted to disassociate themselves from the rest of the conference and added three more members — Creighton, Butler and Xavier — to form a new conference. The schools also voted to keep the Big East name and rights to play their conference tournament at Madison Square Garden.

Still, questions remained: How would a basketball-only conference sustain itself in a football-first landscape? And how could this model be economically feasible?

At the time of its inception, the new format of the Big East did not have a solid contract with a television partner, because ESPN, which has dominated the sports coverage market for so long – seemed unwilling to pay big money to prop up an unproven conference.

But the Big East had other plans.

“There were other new sports networks coming on at the time,” Dan O’Neil, Georgetown’s senior associate athletics director for external affairs, said. “NBC Sports was also meeting with universities, conferences and leagues for the past two years.”

In the end, the Big East decided to turn to a partner with more experience in the industry: Fox.

“The group of presidents and athletic directors saw the landscape, and all of these universities are committed to winning in basketball and being global in basketball,” O’Neil said. “And we could achieve that well with a partner like Fox.”

Fox operates through 10 channels that range from news to entertainment. Previously, its foray into sports included select NFL games, the World Series and a smattering of college football games. With the launch of a new channel, Fox Sports 1, modeled after ESPN and its 24-hour coverage, Fox has been looking to expand into college basketball.

“Fox was creating this new channel and needed programming for that channel,” O’Neil said. “They also wanted to bolster FS1 with what they have existing.”

“Since it is new, we’ve had somewhat of a campaign going on, and FS1 has been leading that with all the schools in the Big East,” O’Neil said. “That’s been the key messaging: When you walk into a room, where do you turn? We want to help people turn to Fox Sports.”

Given Fox’s impressive track record of successfully breaking into competitive markets, Georgetown is confident in this newfound relationship.

“Fox has developed a lot of commercial programming,” O’Neil said. “Even during NFL programming on Fox, we’ve seen Big East-tailored spots. And that’s fantastic; you can’t get a better platform than that in anything on television.”

But FS1 offers more than just a saving grace for a conference that lacked a reliable television partner. ESPN’s current operating model calls for regionalized affiliates to carry games. For example, marquee game featuring Georgetown might not air in California.

“Through the relationship, we’ll have more nationally televised games,” O’Neil said. “[ESPN’s model] had its own pluses and minuses, but for a university such as Georgetown, where the student body and alumni are displaced from Washington, having a broader partner like FS1 is good.”

In addition to increased exposure, the new contract with Fox makes good financial sense. While the form of revenue sharing is not immediately clear, an even sharing system would give Georgetown more than $4 million per year, more than twice what it made under ESPN’s contract with the Big East.

Fox has also begun to differentiate itself from ESPN in its content. Fox orchestrated the change from Midnight Madness to the Big East Tip Off Party and provided live coverage of the event at each school. Fox also put together a rather unusual out-of-conference game between Georgetown and Michigan State at Madison Square Garden just one day before the Super Bowl — well into conference play.

In its entirety, the marriage between the Big East and Fox was one born of perfect timing and opportunity: Traditional basketball powerhouses needed a new home, and Fox, already looking to add programming for FS1, believed in the financial sustainability of college basketball in an uncertain college athletics landscape.

“I think Georgetown University has been committed to being good in basketball,” O’Neil said. “And part of that is finding a good television partner. It’s really good for Georgetown to be affiliated with them.”

Fox offered quality exposure and helped shelter schools like Georgetown from the brutal forces of conference realignment, but only time will tell if the arrangement will be as successful as predicted.