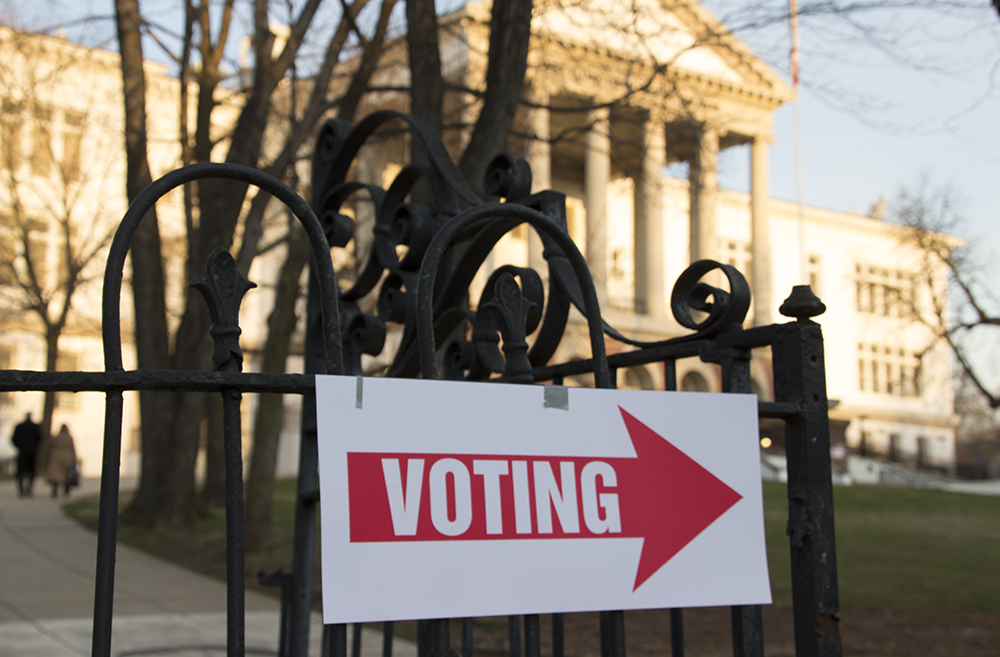 District of Columbia Councilmember Charles Allen (D-Ward 6) has introduced a bill that would lower the voting age from 18 to 16 for municipal and federal elections held in Washington, D.C.

Councilmembers David Grosso (I-At Large) and Brianne Nadeau (D-Ward 1) are co-sponsoring the bill. Even if the council passes the measure, Congress must approve it before implementation. If successful, D.C. would join Takoma Park, Md., and Hyattsville, Md., as the third city in the area to allow 16- and 17-year-olds to vote in municipal elections, but the first to allow them to vote in federal elections.

Allen explained that despite original reservations, he became more receptive to the idea after hearing from community members about the maturity of 16- and 17-year-olds. Those lobbying for the bill also expressed a desire to reconnect younger people with city politics after the District experienced a rise in youth violence this summer.

“There’s a lot of expectations that we put on [young people] … to be able to make good decisions for themselves,” Allen said. “If I trust a 16-year-old to do those things, why in the world wouldn’t I trust them to go to a voting booth?”

Grosso also noted that these younger voters can provide new perspectives and highlight issues that have been neglected in the past.

“I don’t see why we couldn’t make a pitch to younger residents to vote,” Grosso said. “If 16- and 17-year-olds are able to vote, they may be able to push some policy issues that are important for younger residents.”

Grosso also introduced a bill that would extend the right to vote in municipal elections to non-citizens. He argued that both measures are constitutional under the 26th Amendment to the Constitution, which states that citizens 18 years and older may not be prohibited from voting. However, it does not mention those younger than 18.

In the first elections since the bills were passed in Takoma Park and Hyattsville, turnout of voters aged 16 and 17 was four and two-and-a-half times, respectively, that of the rest of the entire voting demographic. Allen cited these elections as a reason to be hopeful that young people can be politically engaged.

“Statistics will show over and over again, the more frequently someone votes when they’re younger, the more likely they’re going to be a lifelong voter,” Allen said. “There’s an immense opportunity to have people start voting at that age of 16 and 17 and 18.”

Allen also explained that the right to vote will give high school students the opportunity to place their academic knowledge in a practical context.

“They’re taking history, they’re taking civics, they’re learning about the political and how they have their voice heard,” Allen said. “I think what shows you is you can get 16-and 17-year-olds to feel like they have a stake in this, to feel engaged.”

Georgetown University College Democrats President Matt Gregory (SFS ’17) expressed support for the measure but believes there will be determined opposition from Republicans in Congress because younger voters may be perceived to favor Democrats.

“In terms of partisanship, you would probably see some opposition from Republicans,” Gregory said. “D.C., just looking at it demographically, is largely Democrat if you look at the people that live there.”

“I don’t know very many 16 year olds who are politically involved,” Athey said. “I think [lowering the voting age] leads to this voting pattern where people are just getting ideas from their parents.”

Leah Reinhard (COL ’18) agreed that 16 may be too young for voting.

“Having the right to vote in this country is a privilege everyone should take advantage of in this country,” Reinhard said. “However, having that opportunity at 16 is just too young to participate in the process. If they can’t legally make certain decisions as minors, how can they be expected to make decisions for our country?”