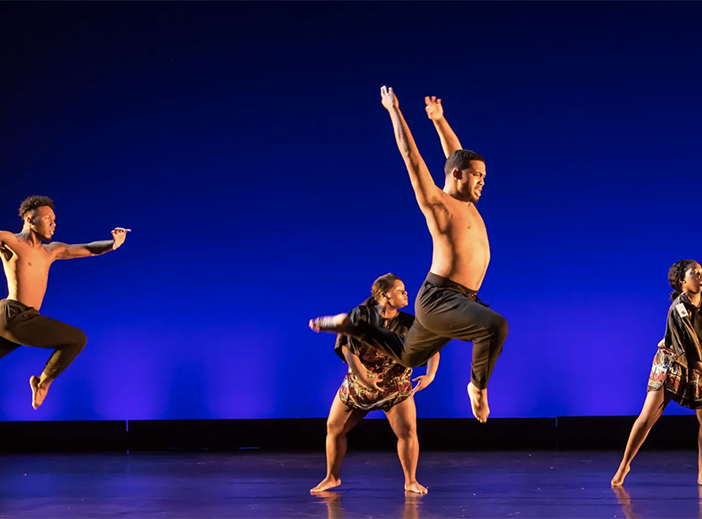 Next Friday, Black Movements Dance Theatre is set to perform its annual Black History Month Concert Celebration. BMDT was founded in 1982 by a group of Black female students dedicated to expanding Georgetown University’s awareness of Black history and artistry. This year’s showcase, titled “Legends, Leaders, Warriors (and Other Great Souls),” exhibits moving storytelling with pieces ranging from reflections on personal student experiences to homages to great historical figures using the wider themes of inclusivity and power that give BMDT its notoriety.

Activists and educators, some in the Washington, D.C. area, often go unrecognized but are important sources for knowledge, according to company member Aliyah Williams (SFS ’20), who has also served as a student director and choreographer since her freshman fall.

“We forget that, you know, we have our own leaders in our respective communities,” Williams said in an interview with The Hoya. “Recognizing these leaders has also helped me find the leader within myself, something which I’ve noticed throughout my time at BMDT, which has helped me see how those qualities have transformed in me.”

Williams’ piece for this show, “BIGGER,” uses Beyoncé’s song from the “The Lion King: The Gift,” the movie soundtrack album released last year, as its musical element. The piece comes from a personal place for Williams, representing all the moments she has been down and depressed. The dance is a way to showcase how feeling lost or out of place can be a common emotion, especially for students, according to Williams.

“The music progresses, the dancing gets bigger and I use an odd number of dancers on purpose just to show that, while you think you may be in sync with everyone else, sometimes you may not be in sync, but that’s perfectly okay,” Williams said. “You fall back into sync eventually, like, things don’t last forever. There’s something so much more to your life than whatever your current circumstance is.”

Music from artists such as William Grant Still and Nina Simone accompany other ensemble performances. Still, who is often referred to as the dean of Afro-American composers, was the first American composer to have his work performed by the New York City Opera, and Simone was a versatile singer known for her musical talent and her activism advancing civil rights. Dancers execute an ambitious, graceful lift to the enchanting harp in the contemporary “Ennanga” and shift from a somber tone to a more assertive and powerful one in a dual piece choreographed by Davis using Simone’s “Four Women” and “Go To Hell.”

Legendary figures not only set the soundtrack for the concert, but they also provide inspiration for the movements themselves. “A Day in Balogun,” set to an intense, high-energy drum beat, showcases a style based in traditional African dance called the Dunham Technique, which was developed by Black dancer and choreographer Katherine Dunham.

As with all BMDT shows, “Legends” is produced solely by the student and faculty company members. The show requires an immense amount of commitment and responsibility from all its performers in the time leading up to the showcase, but the time spent creates a powerful performance, according to Williams.

“There’s a lot of behind-the-scenes work that we do in addition to just being students,” Williams said. “It’s a huge job, but it always makes us feel good.”

BMDT is also one of the few media available on campus for sharing the depth of African culture, history and artistry with the wider Georgetown community while also showcasing universal global qualities, according to Davis, who hopes the performance has a wide-ranging impact across the community.

“I want the audience to think, ‘I want to do that too,’ whoever they are, even if they’re not dancers,” Davis said in an interview with The Hoya.

“Legends, Leaders, Warriors (and Other Great Souls)” premieres Feb. 14 at 8 p.m. and runs through Feb. 15 at the Gonda Theatre in the Davis Performing Arts Center. Showcasing themes of persistence, universality and power, the performance is sure to leave audiences ready to dance and celebrate themselves as the company has celebrated the great souls, both legendary and unsung.