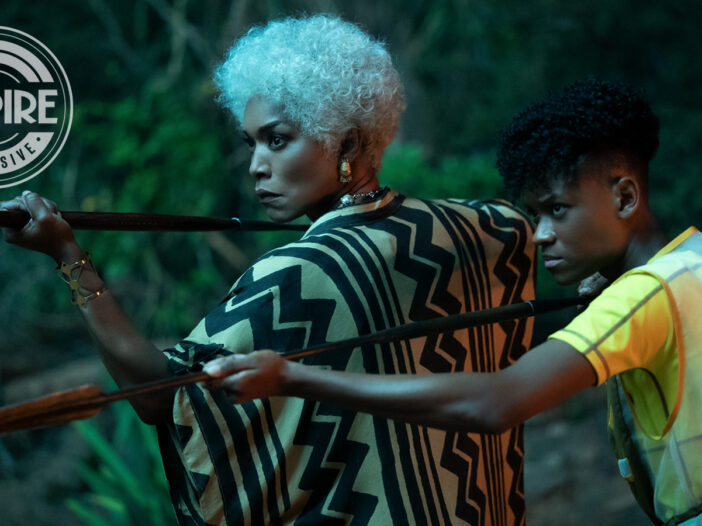 Seeing the latest Marvel movie has become, in some respects, a mandatory exercise.

Each formulaic installment in the series of blockbuster action films has become a simple continuation of the Marvel Cinematic Universe (MCU) narrative itself, locking viewers into a cycle where buying a ticket to see the next episode of the story unfold is like replacing your iPhone after its updates stop being compatible three or four years after purchase.

But occasionally — like with “Black Panther” in 2018 — the latest MCU film ends up actually busting the block. The original “Black Panther” was not just a compelling film — it became a cultural milestone of on-screen Black representation. Its marriage of beautiful costumes, crackling fight scenes and relevant social commentary raised the bar so high that simply walking into a Marvel movie titled “Black Panther: Wakanda Forever” in 2022 holds a different weight than seeing yet another MCU film.

“Wakanda Forever” attempts to walk the same fine line that turned the original from commodity to culturally conscious art, all while grappling with the loss of star Chadwick Boseman, whose character lent a kind-hearted aura to “Black Panther” that carried that film at times.

“Wakanda Forever” comes close to succeeding. The film offers as poignant of a mourning space as an action movie can, while expanding the world building of Wakanda and highlighting new, powerful faces. As a sequel, however, it is plagued by MCU tropes that prioritize narrative brevity and digestibility over detail and exposition.

The film acknowledges the public mourning for Boseman, making no attempt to replace his character T’Challa — the Black Panther and the king of Wakanda. Instead, it opens with a stirring funeral for T’Challa, featuring stunning visuals and costumes followed by the weighty silence of the Marvel intro graphic. The tribute to Boseman at the end is equally moving and delicate, and a soundtrack-filler Rihanna song becomes a genuinely cathartic moment during her powerful vocal entrance in the credits.

“Wakanda Forever” has a plot also largely driven by T’Challa’s legacy and characters’ struggles with their loss. Wakanda has new leadership, spotlighting Princess Shuri (Letitia Wright), who must come into her own — filling the shoes of the Black Panther while mourning her brother’s death.

Lovely performances from strong, charismatic female leads such as Wright, Angela Bassett, Danai Gurira, and Lupita Nyong’o are the highlight. Wright captures Shuri’s internal conflict perfectly, conveying an affectingly unstable mixture of rage and grief. Bassett and Gurira hold a compelling intensity throughout, and Nyong’o brings a characteristic tenderness to every scene she appears in.

Otherwise, the plot of “Wakanda Forever” encapsulates the worst excesses of Marvel films.

Western hypocrisy concerning vibranium extraction frames the story and connects with the backstory of the villain Namor (Tenoch Huerta), who witnessed colonial enslavement of Indigenous people. Namor, the king of Talokan, an aquatic Atlantis-esque nation, initially comes to Queen Ramonda (Bassett) for assistance because the United States is mining in its land for vibranium. The interesting setting, however, is simply left as a vapid, politically safe comment.

Other than a drawn-out scene taking the viewer through the dark waters of Talokan, which fails to inspire because DC’s “Aquaman” has done it before, “Wakanda Forever” does not contain any real illustration of the values or the culture of the Talokan.

Thus, the reason why Namor eventually feels that he is forced to choose violence over collaboration with the Wakandans is entirely unclear. Instead of exploring Western neocolonial legacies, the narrative remains confined to surface-level talking points, as the film simply pits Talokan against Wakanda for a relatively uncomplicated fight.

Moreover, in true Marvel fashion, the runtime is needlessly bloated by subplots. “Wakanda Forever” clocks in at two hours and 41 minutes — 12 minutes longer than “Avengers: Infinity War” — but without the star-studded 20-plus superhero lineup or the part where the plot took its characters to the ends of the universe and back.

Martin Freeman’s frequent interludes as CIA agent Everett Ross also do not move the story forward in any meaningful way. Vibranium-detecting MIT student Riri Williams (Dominique Thorne) has potential as a character, but is quickly reduced to a one-dimensional quirky sidekick.

Overall, the movie does fulfill all the requirements of any Marvel fan wishing to see a familiar, universally appealing Marvel film. The futuristic yet natural sheen of Wakanda is ever-present, the special effects are brilliant, and in the end, viewers are left with more questions that will make them flock back to theaters for future Marvel films.