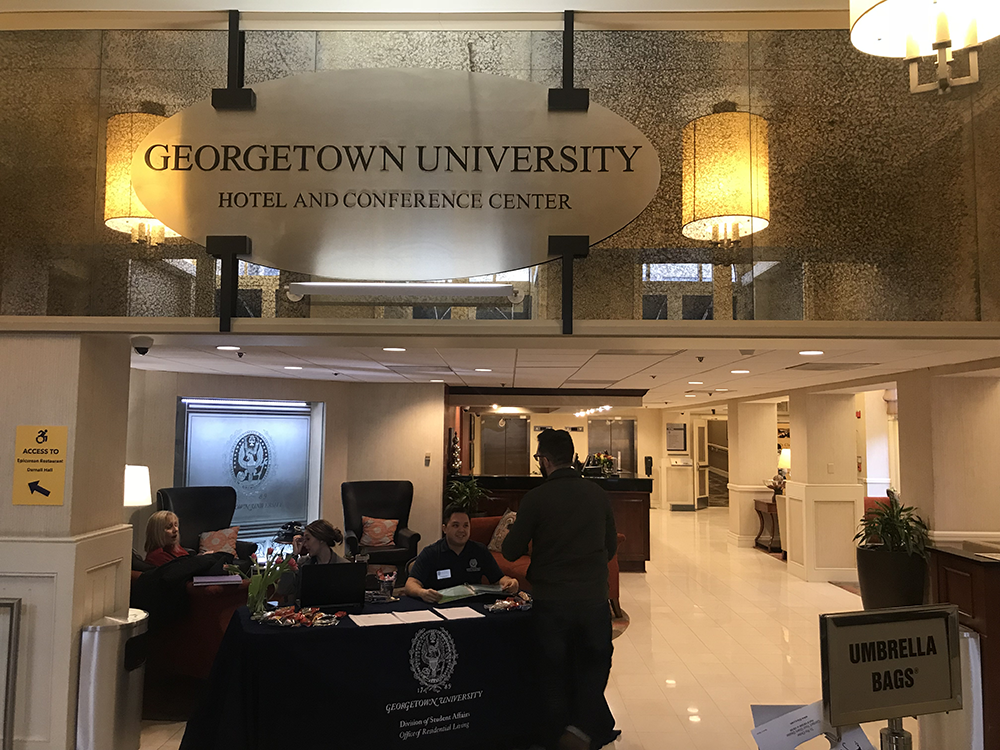 A five-year, $75 million maintenance plan to alleviate building maintenance issues — including those in student residences — was approved by the Georgetown board of directors Feb. 14.

A portion of the funds will be used to renovate all Alumni Square west tower buildings after multiple instances of mold were reported by Alumni Square residents. The board also approved repairs of all Alumni Square apartment roofs after safety concerns over their structural integrity caused 85 students residing on the top floor to be relocated Feb. 11.

The new funds aim to improve student housing and ensure the university is addressing other general maintenance issues through the Department of Planning and Facilities Management, according to university spokesperson Matt Hill.

“The plan includes student residences but will strengthen Planning and Facilities Management’s overall ability to improve our campus infrastructure and enhance the experience of students, faculty, staff, and visitors,” Hill wrote in an email to The Hoya.

The board of directors, which is composed of 39 members selected by the university, approves of major policy changes and advises University President John J. DeGioia on university decisions. The board has previously passed a tuition increase that removes a mandatory Yates membership fee for undergraduate students.

The funds are set to be allocated to the university’s deferred maintenance budget, which includes projects that repair existing buildings instead of constructing new ones. These initiatives consist of roofing repair, resolution of structural defects, repair of utility and distribution systems and other costly projects that are not funded by Facilities’ operating budget.

Facilities problems originate in funding decisions made at higher levels of the administration, according to Jeremy Cohen (SFS ’20), a student who was relocated to the Georgetown University Hotel and Conference Center from his Alumni Square apartment.

The university should urge donors to direct funds to immediate needs such as dorm repairs and facilities management rather than donating money for lofty new projects, according to Cohen.

“Ultimately I think some of the burden falls on alumni as well,” Cohen wrote. “Of course any large donor wants to earmark funds for a shiny new project, but ultimately what we need from them more than fancy programs or athletic facilities are funds specifically for bringing dorms up to a higher standard.”

Georgetown students have experienced other facilities and housing issues in the months leading up to the new maintenance plan approval. Facilities responded to 361 mold-related work requests between August and October last year, more than double the number reported during that time frame in 2017, and black mold in dorms has caused students to face upper-respiratory illnesses.

Oona Nash (COL ’22) told The Hoya that she contracted bronchitis as a result of black mold in her dorm room.

“I had a deep chest cough, and my bronchial tubes were congested, and my sinuses were clogged. I was constantly exhausted, and I got hives occasionally,” Nash said in a November interview with The Hoya. “I went to the emergency room twice. The doctors told me that my illness was being caused by black mold spores.”

While facilities workers were committed to cleaning the damage caused by the flood, Georgetown’s Office of Residential Living, which is tasked with housing assignments, remains disconnected from ongoing maintenance issues, according to Scholer.

“Facilities did an outstanding job, staying here until 11 p.m. on Saturday to clean up. My disappointment is with housing,” Scholer wrote in an email to The Hoya. “The ground was soggy, the fans were loud, all our stuff was on the bed, and the air was heavy, but housing said the rooms were ready. Thankfully we got emergency housing after two nights. I wish housing was more in touch with the living conditions.”

The board’s approval of the plan demonstrates the university’s commitment to addressing students’ housing issues, according to Hill.

The board also approved new campus improvement projects to be completed by fiscal year 2020, including the completion of renovations to Cooper Field’s facilities. The plan will also restore Kehoe Field by completing the installation of artificial turf on the roof of Yates Field House. Intramural and club sports teams that use Kehoe Field have been pushing the university to address structural issues that affect the field since 2014