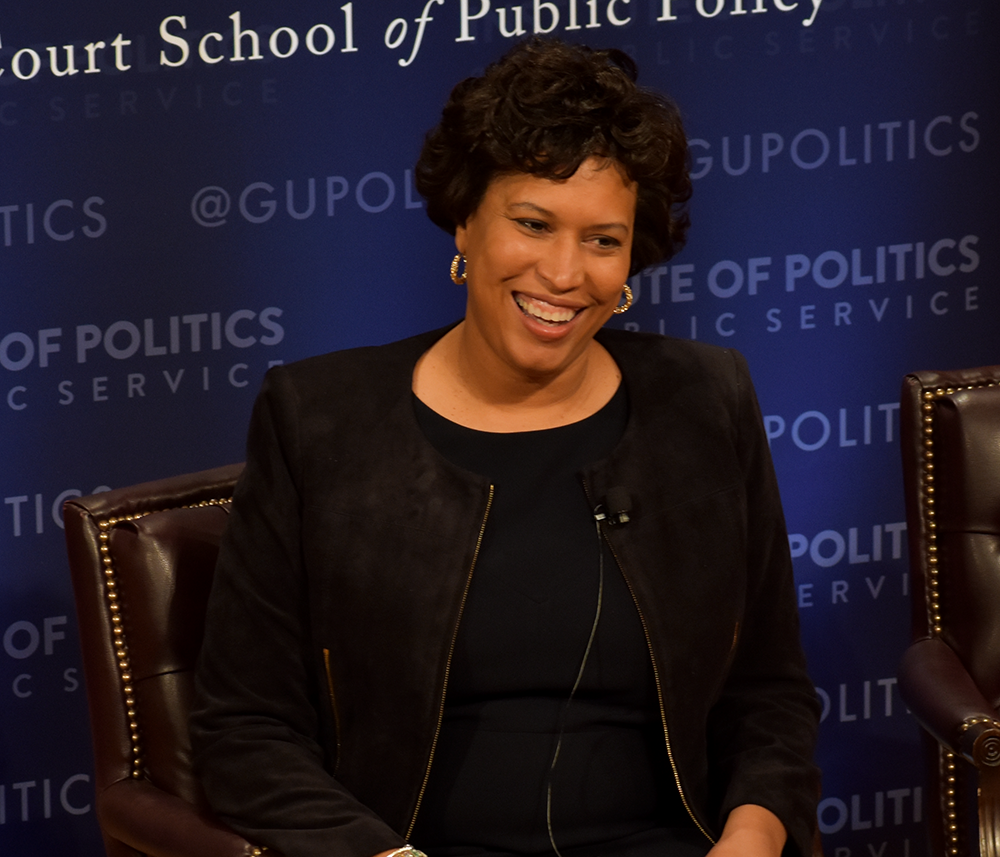 The D.C. Circulator Bus, which provides transportation across six different routes in the District and Rosslyn, Va., will continue to provide service to riders free of charge indefinitely, Washington, D.C. Mayor Muriel Bowser (D) announced during the State of the District address Monday.

The Circulator began operating for free Feb. 1 as part of the “#FairShotFebruary” initiative, launched by the mayor’s office to improve access to city services for D.C. residents. The extension comes amid Bowser’s push to improve affordability and accessibility in housing and public transport during her second term in office.

Eliminating the Circulator’s cost, which used to be $1 per ride, has helped make public transportation more affordable for residents, who have expressed their desire for the continuation of the program, Bowser said in her address.

“We may not think about it, because it’s just a dollar each way, two dollars a day, but for a working person, it adds up,” Bowser said in her address.

Bowser’s commitment to improving the accessibility of public transport also includes calling on the Washington Metropolitan Area Transit Authority to reinstate late-night services on the Metro.

A strong system of public transport is vital to D.C. residents, according to Bowser.

Late-night Metro hours need to be reinstated to help public transportation cater to workers with varying schedules, Bowser said. In a Feb. 28 vote, the Metro board elected to continue on a reduced-hours schedule, despite a petition circulated by Bowser for the restoration of late hours.

“We have always prioritized safety, reliability and building the capacity for Metro,” Bowser said in her address. “So now we need a commitment from Metro that they will return to late-night hours and that they will not become a system that only caters to white-collar workers commuting from the suburbs.”

Ride-share subsidies, proposed by Metro to subsidize Uber, Lyft and other ride-share trips for late-night workers, are not an adequate substitute for reinstituting late-night services, Bowser said.

“We’re not going to replace Metro with Uber and Lyft because we can’t move our region forward by further clogging our roads,” Bowser said. “We need a Metro system that works as hard as our workforce and stays open as late as our region.”

Bowser also announced a $122 million investment in a new K Street Transitway that would create a middle lane for buses on K Street. This investment will help improve road accessibility and safety in D.C., according to Bowser.

In addition to improving public transportation, guaranteeing affordable housing as property values in D.C. continue to rise remains a priority of Bowser’s administration, the mayor said in her address.

“We know the number one issue on the minds of Washingtonians is affordable housing,” Bowser said. “Rising housing costs have created new challenges for homeowners and renters alike, particularly for those on a fixed income and those who are struggling to make ends meet.”

Bowser also promised millions of dollars to District programs that aim to ease housing costs for D.C. residents in her address. Bowser proposed an additional $2 million in funding for the “Safe at Home” program, which provides seniors and adults with disabilities with preventative adaptations such as handrails and chairlifts to reduce accidents.

Bowser also proposed increasing investment in affordable housing by granting $30 million more in funding to the Housing Production Trust Fund, which aids in the production of low- to moderate-income-accessible housing projects.

Recognizing D.C.’s high homeless population, Bowser used her address to announce that D.C. will invest $26 million in Homeward D.C., a strategic plan with the goal of eliminating long-term homelessness in D.C. by 2020. D.C. also plans to invest $11 million to support recently opened family shelters across the District, according to Curbed DC, a local D.C. news outlet.

By using funds taxed from commercial real estate transactions, the city will be able to invest in generating affordable housing, Bowser said.

“In the coming fiscal year, we’re asking our commercial property owners to share some of the upside,” Bowser said.“With this budget, we will capture more from commercial real estate transactions and therefore be able to invest more in affordable housing.”

Current policies should be altered to focus on supporting the livelihoods of all D.C. residents, according to Bowser.

“In a city as prosperous as ours, it is our responsibility to decide how and when we adjust our policies to ensure that everyone living and doing business in the District is giving and getting their fair share,” Bowser said.