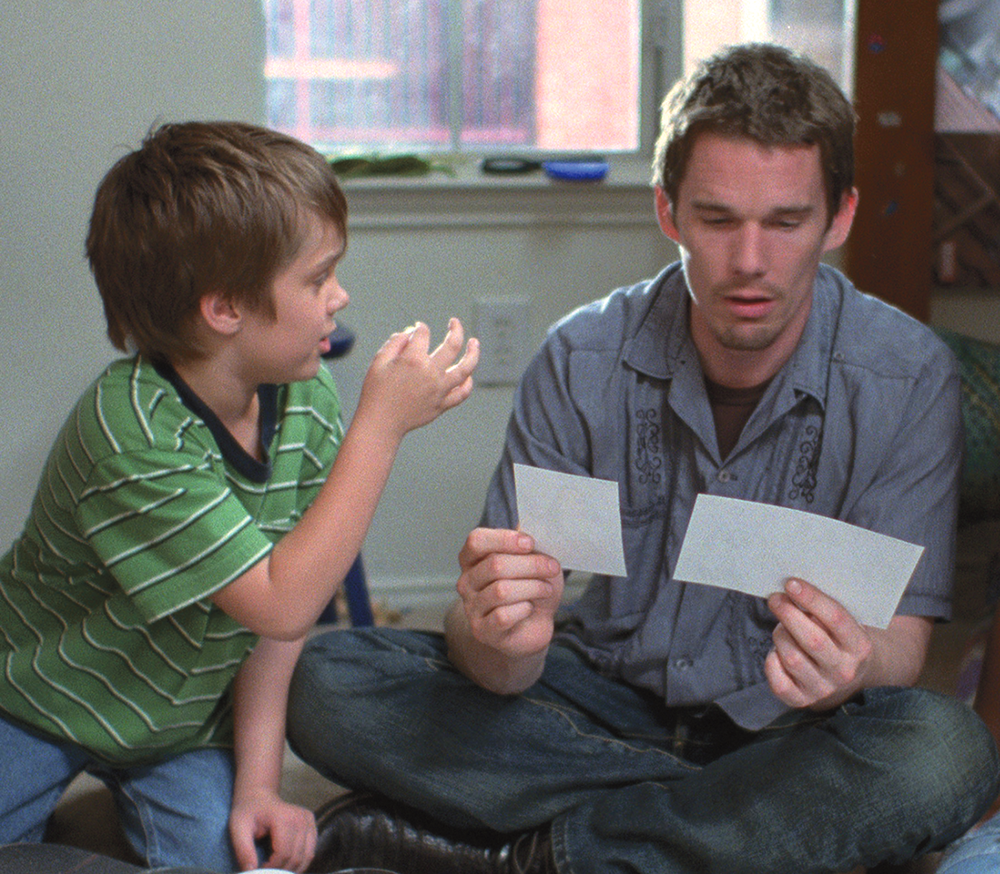 There are few stories in Hollywood as ubiquitous as the coming of age drama. These kinds of stories — depicting snapshots of the intersection of childhood and adulthood — are compelling in their intense relatability. Everyone has had a first love, a first heartbreak, a first chance to make something better of themselves, and seeing these experiences validated on the big screen has always been highly valued, if not overplayed, in today’s cinematic world.

Richard Linklater’s latest highly acclaimed movie, “Boyhood”, is finally getting the wide theatrical release that it so deserves. Linklater engages this film trope with a broader scope and on a different scale than any fictional film before it.

Typically, the creators of these types of films take one of three routes to storytelling — they either focus in on a brief period in time in the character’s life, they cast multiple actors to tackle longer-term storylines or they artificially age young actors with prosthetics or special effects.

“Boyhood” goes another route entirely. The movie was filmed, piece by piece, over a 12-year period with the same actors revisiting the same family of characters over and over again to tell their story from beginning to end.

“Boyhood” tells the story of, quite simply, one boy’s childhood and his relationship with his constantly evolving familial circle. Mason, played by Ellar Coltrane, and his sister Samantha, played by Linklater’s own daughter Lorelei, live in Texas with their mother and experience the ups and downs of a childhood scarred by multiple stepfathers and alcoholism.

The film is a powerful one, but it derives its power from the ultimate simplicity of the story it tells. “Boyhood” proves that you don’t need dramatic tragedies or big, crazy twists to make a life compelling. You just need honesty.

Georgetown students (especially my fellow seniors) are probably the perfect age demographic to see and relate to this movie because we can all attest that growing up is hard. We ourselves were very recently in Mason and Samantha’s shoes. At the same time, however, we are old enough to relate to not just the story seen through the eyes of Mason and Samantha, but the struggles of the adults in the film as well. For me, the movie is as much a story about their mother, Olivia, played by Patricia Arquette, and her struggle to make a better life for herself and her children as it is about Mason and his relationships with his father and his first girlfriend Sheena.

The real breakout star of the film has to be Coltrane. Linklater really lucked out with this casting because there was no guarantee back in 2003 when the project began that Coltrane would be able to maintain the same level of exhilarating performance for the next decade. But in many ways, the ease of his performance makes sense.

While he was acting out scenes from Mason’s childhood, he was experiencing many of the issues tackled in the film in his own actual personal life. He was growing up through the entire process and was able to take his own life experiences and channel their authenticity into his character’s struggles. His growth, and the changes in the characters around him, feels all the more believable and organic, because we are actually watching these kids grow up right before our eyes, both physically and emotionally.

Part of what makes “Boyhood” so authentic is the script, which was written, edited and adapted over the entire period of filming with everyone — especially the actors — making contributions and honing the development of the characters that they had grown so attached to playing. It never feels stilted or overly dramatic, but rather like an entirely organic and natural conversation taking place over the course of 12 years.

There isn’t much to say about this film that hasn’t already been said more effectively by another critic. This is, inevitably, one of the most talked-about films in decades and it has been showered with praise and awards for its innovations in how we choose to put stories on film. Perhaps the best thing to say at this point is just to implore you to go see “Boyhood.” I can’t really think of a better way to spend two hours.