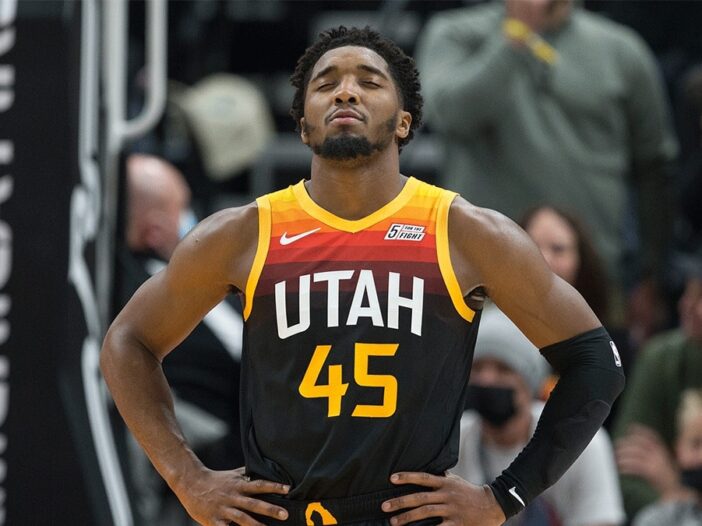 Although the Cleveland Cavaliers triumph with the addition of a three-time All-Star and proven playoff performer to their roster, the Utah Jazz and even the New York Knicks gain something from Donovan Mitchell’s trade, too.

After months of waiting, Mitchell has finally been traded from the Jazz. And unlike almost every report this summer, he won’t be heading home to New York. Instead, Mitchell has become a Cleveland Cavalier.

Mitchell joins a talented young core headlined by first-time All-Stars Darius Garland and Jarrett Allen, as well as second-year big Evan Mobley. With his addition, Cleveland opened its window to contend for an NBA title, and it could be open for a while since Mitchell, the oldest of the four young stars, is only 26.

Mitchell gives the Cavs a dynamism they sorely lacked last season, when their biggest problem was creating good looks late in games. While Garland is already a great point guard, he had no other reliable perimeter options to help him out. Mitchell alleviates this issue, as he has proven to be an elite one-on-one scorer, especially late in games.

The trade came at a price, though. Cleveland traded former franchise cornerstone Collin Sexton, 2022 first-round pick Ochai Agbaji, Lauri Markannen and three unprotected first-round picks to acquire Mitchell. At first glance, this seems like a lot, because it is. Sexton is a proven scorer, Agbaji has a bright future, and three first-round picks is nothing to scoff at.

But even so, this trade cannot be seen as anything other than a win for the Cavs. Crucially, Cleveland acquired Mitchell without giving up any of its three young stars in return. With these stars, the Cavs have the personnel in place to deal with Mitchell’s potential deficiencies.

Not a great perimeter defender?

No worries! Cleveland has the most formidable front line in basketball. Allen and Mobley are more than capable of making the Cavs a top ten defense on their own.

Not an elite passer?

Not a problem! Garland and backup point guard Ricky Rubio are great distributors.

Cleveland is the perfect setup for Mitchell’s skillset. As such, the team looks ready to contend for the next decade.

As for the Jazz, this trade is the second big domino to fall in their budding rebuild. After trading Rudy Gobert earlier this summer, everyone believed Mitchell was probably next. Naturally, organizations, most notably the New York Knicks, started circling. Mitchell had been linked to the Knicks for years now, and with Gobert gone, many believed Mitchell to New York was a done deal.

Some hardline negotiations from both sides, however, allowed Cleveland to swoop in. According to The Athletic’s Shams Charania and other NBA insiders, the Knicks offered as much as RJ Barrett, Immanuel Quickley, and two unprotected first-round picks for Mitchell. In a vacuum, this is clearly a better deal for Utah. Barrett, and arguably Quickley as well, are better assets than any of the traded Cavs players.

For the Jazz, the Knicks deal would have given them a much stronger base to build around, and likely would have made them a better team this season. However, their deal with the Cavs gave them one more first-round pick. Since the team is unquestionably rebuilding, Danny Ainge clearly valued the extra draft capital over the better players, and that’s a fair thing to do. Personally, though, I would have taken New York’s offer.

The Knicks’ situation is a bit more complicated. Allegedly, Utah asked New York for another unprotected first-round pick and second-year guard Quentin Grimes in addition to the original offer, at which point the Knicks balked with the hope that no one would beat their offer. On the one hand, it is refreshing for a Knicks front office not to cave on another team’s demands to land a star.

On the other hand, it’s concerning they were willing to offer Barrett in the first place. Barrett is the Knicks’ future. Trading him would have been a horrible mistake, especially if the deal had included Quickley and draft capital.

Even so, it is still a tough look for Knicks President Leon Rose and his franchise to miss out on another All-Star, especially one they seemed to have in the bag. But, the Knicks still hold all their trade assets. The question now is: who to trade for?

In the end, the trade is not only a win for Cleveland, but for everyone involved. The Knicks keep Barrett. The Jazz can start their rebuild. And the Cavs get an All-Star who makes them a top contender right away.