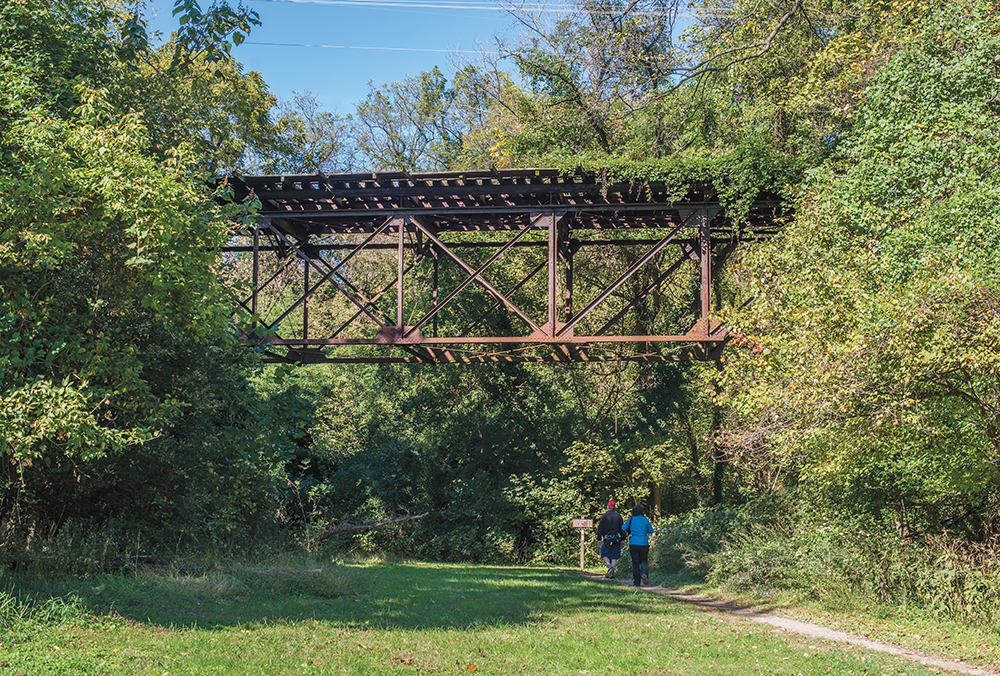 The Palisades Citizens Association is conducting an investigation into restoring the Foundry Branch Bridge located to the west of the university, which would connect the Georgetown neighborhood to the Palisades neighborhood and potentially extend a trail to Glen Echo Park in Maryland.

From 1896 to 1960, the Foundry Branch Bridge was the largest of the four bridges along the Glen Echo trolley line that ran through Georgetown. The bridge was put out of use after the closing of the trolley line, but the now-deserted structure is still owned by the Washington Metropolitan Area Transit Authority. Trails Committee Chair of the Palisades Citizens Association Brett Young explained that repairing the bridge could fuel the restoration of a 3.1-mile trail that runs from Galena Place in the Palisades to the corner of 37th Street and Prospect Street NW.

“I think, frankly, it’s a no brainer,” Young said. “The idea of the whole city, the area we live in, is about connectivity.”

The Palisades is the neighborhood located directly to the west of Georgetown, running from Foxhall Road at the edge of the university to the D.C.-Maryland border.

“If done properly, it could be a quick and convenient way for students and members of the Palisades community to get where they need to get to,” Young said.

Young has been one of the leading advocates for the proposed project since he moved to the Palisades four years ago. He noted that the next step for the project is to find an agency to fund the restoration.

Greg Miller (SFS ’14), an office manager at the School of Foreign Service dean’s office who co-leads an unofficial bicycling working group, said that though local trails such as the Capital Crescent trail and C&O Canal path, already exist, this project would positively affect the university.

To gauge community support for the restoration of the Foundry Branch Bridge and the entire right of way, the Palisades Citizens Association released a survey earlier this week. The survey, open to all residents, including Georgetown students, asks participants to describe their current uses for the right of way and give feedback for how the project could improve the existing bits of the trail.

Since the restoration project is still in its early phases, budget and timeline has not yet been determined.

If the Foundry Branch Bridge is restored and such a trail opens up, Georgetown students would have access to new routes for running and biking.

Alyssa Kasher (COL ’15), captain of Club Triathlon, said she is unsure whether or not the team would use a new trail since they usually bike along MacArthur Boulevard, which runs parallel to the proposed route. She added that a new trail would be an exciting possibility all the same.

“It would be pretty cool to have access to a trail that starts right on campus,” Kasher said.