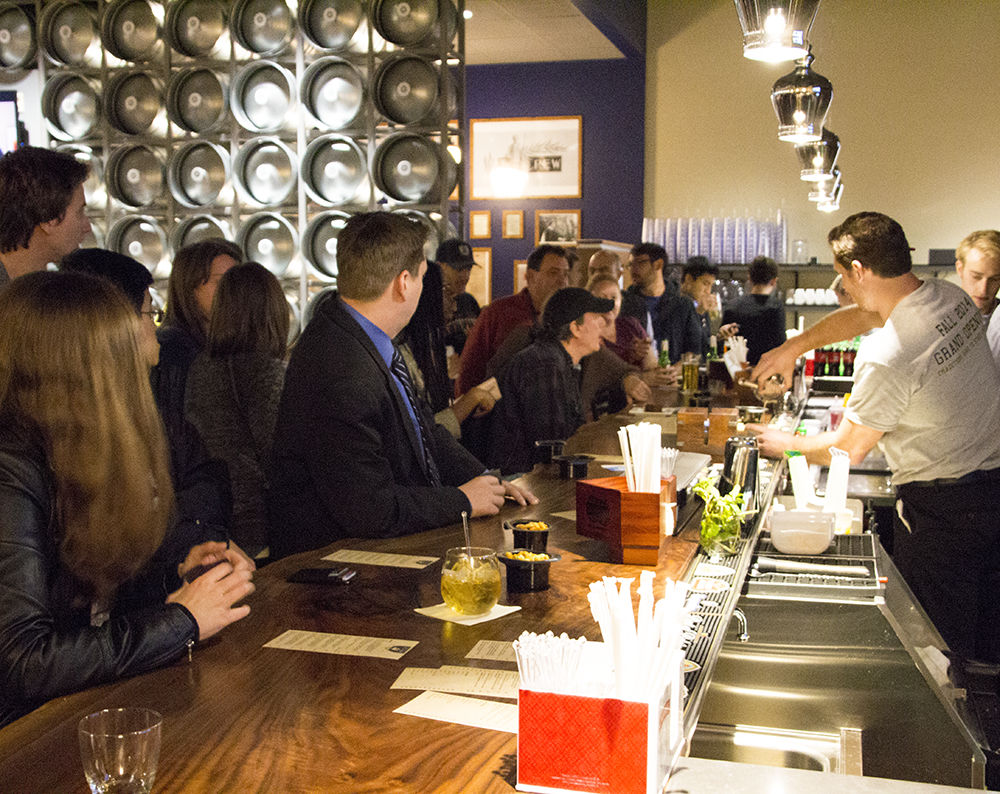 The Bulldog Tavern held its grand opening Nov. 7 in the Healey Family Student Center after a three-day soft opening. The pub, which currently employs 18 Georgetown students, is managed by Bon Appetit Management Co.

Associate Vice President of Auxiliary Services Joelle Wiese said that she hopes the opening of the pub will draw student life to campus.

“We hope the Bulldog Tavern will further enhance on-campus student life, especially since it has been a student-driven idea for so long,” Wiese wrote in an email to The Hoya. “The Bulldog Tavern provides another location to socialize and build relationships. Really, the entire HFSC adds such wonderful student space that will build memories for years to come.”

The menu features a variety of appetizers and entrees, including cheesy fries, hot wings, blackened chicken quesadillas and nachos. According to Wiese, the menu will evolve in the future based on student input.

“Bon Appetit welcomes new ideas for the menu,” Wiese wrote. “The menu was created with student input and will continue to be molded by student input.”

Danielle Hewitt (COL ’18), who ordered a cheeseburger at the opening, said that she enjoyed both the food and general ambience of the pub.

“[The burger] had caramelized onions and cheddar cheese and it was really good. It was really juicy and I liked it a lot,” Hewitt said. “There were sports games playing on the television and the designs were really nice. It was like a real restaurant, which you don’t usually see on a college campus.”

Stef Lazer (SFS ’18) said she agreed that the pub provides a comfortable, restaurant-like location for students to gather.

“It’s like a legit restaurant feeling, so you don’t feel like you’re in the middle of Georgetown eating, which was really nice,” Lazer said. “The ambiance was really lively. People are talking and you hear some music.”

Lazer said that the service was slow, most likely due to the lack of waiters on staff.

“The service was a little slow, the waiter was really nice … but I only saw him running everywhere,” Lazer said. “One waiter running around, the other one intermittently came but he was running around a lot more. … There were about 50 people there.”

According to Wiese, the speed of service will improve in the upcoming weeks as the staff becomes more accustomed to their positions.

“Lots of long days and training were done in preparation, though the best training is often real-life experience,” Wiese wrote. “Operations will become smoother, faster, with each passing day. The Bulldog Tavern team is very dedicated, and focused on making every experience great.”