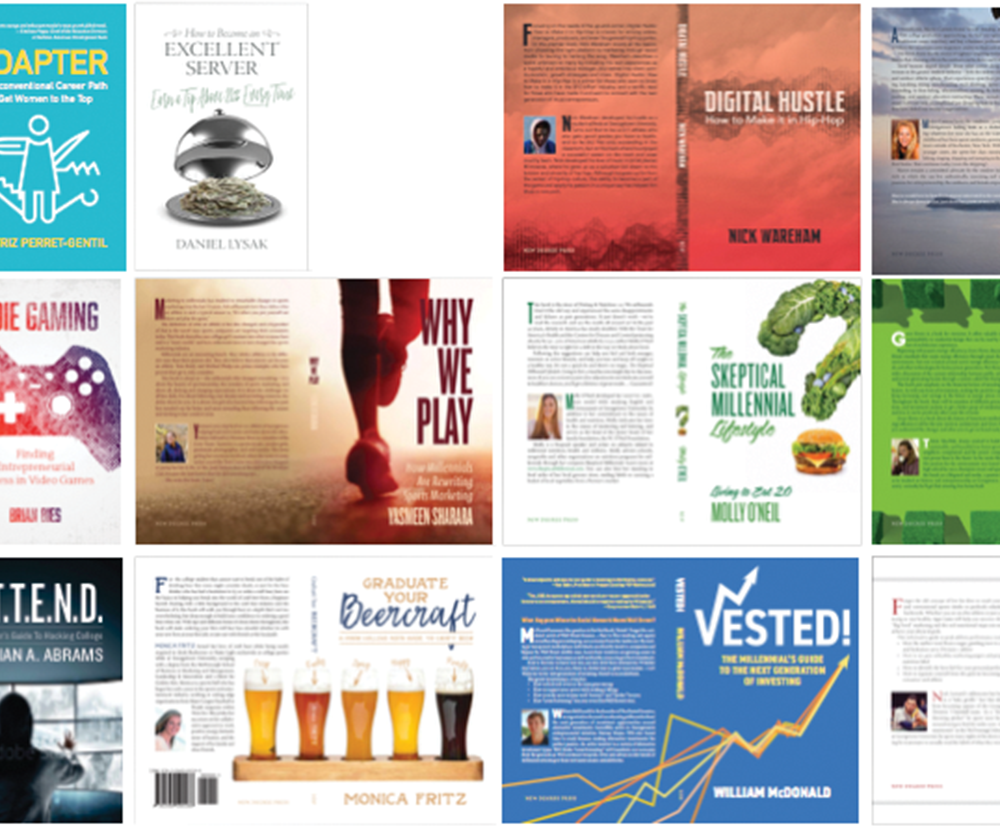 A total of 15 students in the newly offered “Launching the Venture” course in the McDonough School of Business will publish individual books on business and entrepreneurship.
Taught by the co-founder of the home services moderating company Zaarly professor Eric Koester, the course tasked students with writing books on seeking employment, launching products, consulting services or innovating.

With Koester’s help, the students found publishers for their works. Though the students acknowledged the process was lengthy and complicated, they emphasized the value of their experience.

Brian Bies (MSB ’18), a member of the MSB’s Entrepreneurship Fellows Program, wrote a book about how independent video game creators are becoming leaders in gaming entrepreneurship.

“My book is called ‘Indie Gaming: Finding Entrepreneurial Success in Video Games’ and it’s about how independent game developers are the new generation in the world of video game entrepreneurship,” Bies said.

Bies added that despite foreseeing the amount of work that lay ahead at the time of enrolling, he was motivated by the prospect of using his knowledge on the video game industry to produce something of value.

“We knew day one of class that we would be writing books and the reason why I did not drop the class then was because I wanted to see what I could do in the area of expertise of what I was most interested in,” Bies said.

According to Will McDonald (MSB ’18), whose book “Vested” explores how the intersection of finance and technology is reshaping the world of investment, he had never been much of a writer prior to taking the class. McDonald said his involvement in StartupHoyas allowed him some insight into finance and technology.

“I’m a finance major here at Georgetown, but I had been leading StartupHoyas for the past couple of years and so I’ve always been interested in the cross section of finance and entrepreneurship and specifically venture capital,” McDonald said.

Despite his interest in the subject, McDonald originally did not see himself successfully writing a book about it, but he was able to manage his time and complete his work.

“I’m not much of a writer so, going into the process, I wasn’t sure I would possibly end with a book. I wouldn’t have seen myself writing a book to start with, but we were able to push forward and chunk it out piece by piece and sort of streamline it, which made the process a lot easier,” McDonald said.

For some students, like Jaclyn DiGregorio (MSB ’17), the project represented an opportunity to reflect on past experiences and the lessons and opportunities obtained from them. DiGregorio, through her book, “The CUSP Method: Your Guide to Balanced Portions and a Healthy Life,” revisited a complicated freshman year that saw her gain 30 pounds, which motivated her to become a certified nutrition coach and create her own nutrition startup, CUSP Three Six Five.

“My freshman and sophomore year when I came to college, I gained about 30 pounds based on really restrictive eating habits, and I was so confused, because I was on a constant diet but so much heavier, and it wasn’t even just my weight, but I felt very low confidence levels, didn’t do that well in school,” DiGregorio said.

DiGregorio hopes that her book and her startup, which will launch April 25, can teach people how to live fully.

“My book is combining psychology of human eating behavior and cutting-edge nutritional science to understand why people eat the way they do and why diets are temporary, so it really teaches people how to live a healthy lifestyle,” DiGregorio said.

Daniel Lysak (COL ’18), found the inspiration for his book, “How to Become an Excellent Server,” in his previous experiences working as an employee in the food industry.

“My book is particularly about how to be an excellent server, tipping well above 20 percent every time. I worked in the food industry for a very long time, so, for me, personally, it’s a topic that I am extremely passionate about,” Lysak said.

Although the process was complex, Lysak expressed his gratitude for Professor Koester’s guidance and said Koester helped them undertake the task successfully.

“It’s a cumbersome process, but this is something that you’ll always have so for maybe those who may take the class in the future who may have this opportunity,” Lysak said. “I’m just so grateful to Professor Eric Koester for all that he has done — his leadership and his mentorship — and really taking on such a large task.”

According to Lysak, having overcome the process for the first time, he would be willing to write a book again in the future.

“Absolutely. You know, I think having overcome the first mountain. I know what it takes and, I know what the process is,” Lysak said.