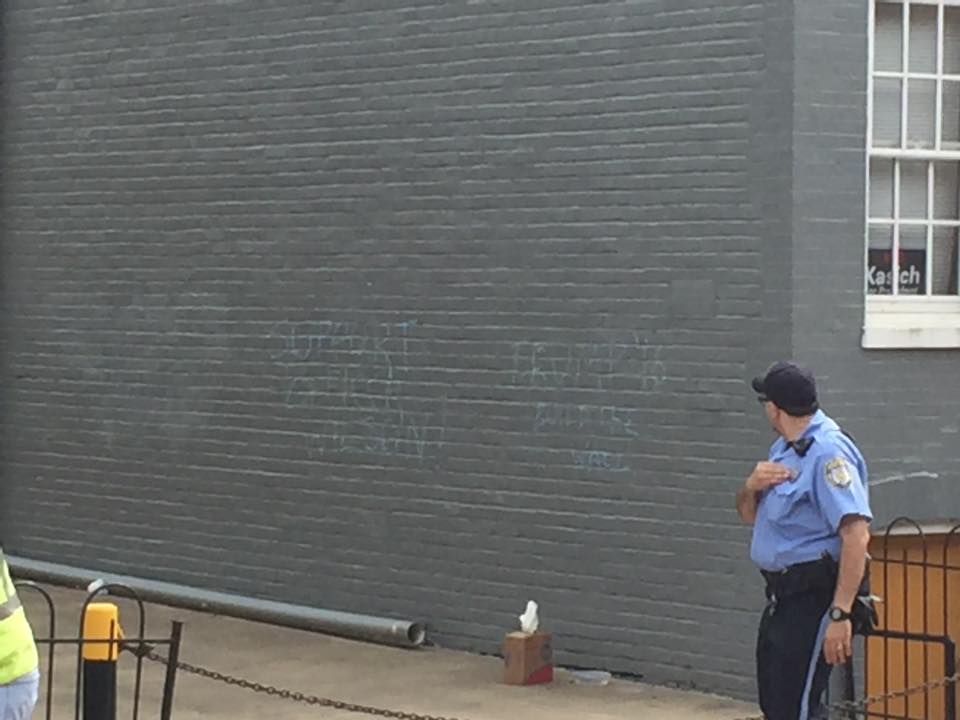 Graffiti with messages including “Support Officer Wilson” and “Trump ’16 Build the Wall” was found on six on- and off-campus buildings – including a university townhouse on 3624 N St. NW – Friday morning.

Similar graffiti expressing support for Darren Wilson – the former police officer who shot and killed black teenager Michael Brown – and presidential candidate Donald Trump was also found on two other university townhouses, the New North Building and the back sides of Copley Hall and the Davis Performing Arts Center. Messages including “Trump ’16” and “Build the Wall” were written.

“Yesterday we received reports of chalking on several university buildings. Chalking on walls is not permitted at the university. GUPD is investigating this defacement of university property,” Gruber wrote in an email to The Hoya.

“It’s pretty disappointing and disrespectful – we’ve reached out to facilities to have it removed. We all support free speech, but that doesn’t mean defacing people’s homes,” Fisk wrote in an email to The Hoya.

“The issue will also be raised at the Speech and Expression Committee meeting next week. Staff in [the Office of] Student Affairs have reached out to students who may be affected,” Pugh wrote in an email to The Hoya.

The university’s Speech and Expression Policy prohibits actions that threaten or are grossly obscene to members of the community. The policy also prohibits chalking on the exterior walls of any campus building.

In March, protests emerged at Emory University after graffiti supporting Trump was chalked around campus.

This article has been updated from its original version.