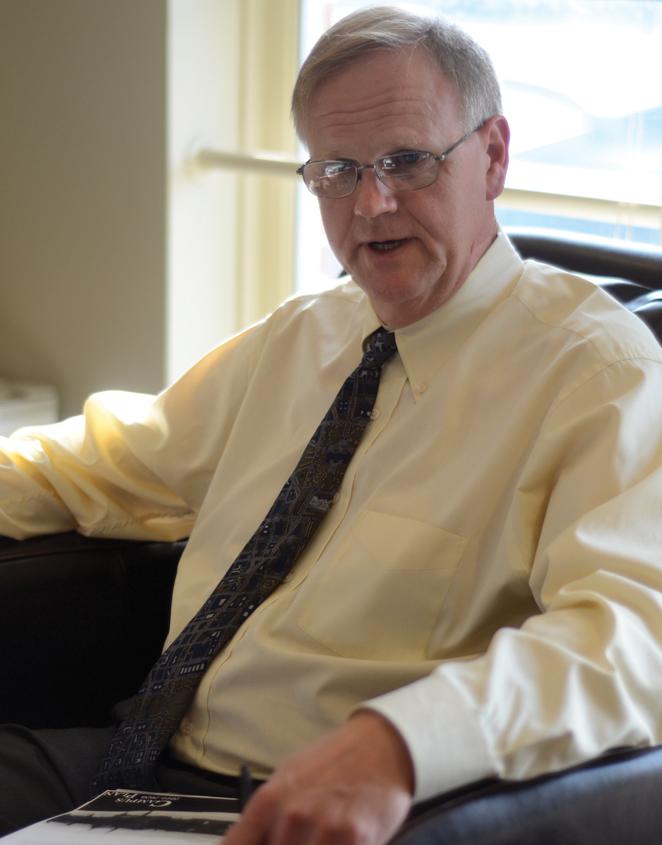 The revised plan, submitted last Thursday, proposes a freeze on undergraduate enrollment for the first time in university history, a cap on main-campus enrollment and 250 new beds on campus exclusively for undergraduate use.

The original version, filed in late December, offered no new housing. In an interview with The Hoya on Monday afternoon, Vice President for Student Affairs Todd Olson said the Leavey Center hotel could potentially be converted to house students.

The Zoning Commission, the final arbiter of the campus plan, will begin hearing the case for and against the plan on April 14. The pre-hearing submission, which was the last opportunity for the university to amend its plan, also offers to move over 1,000 students enrolled in the School of Continuing Studies off campus to satellite locations, and to eliminate plans for additional parking spaces.

Scott Stirrett (SFS ’13), president of DC Students Speak, a group of students from District universities that advocate for students’ rights in the city, supports the university’s amended proposal.

Much of the opposition to the Campus Plan has cited concern over increased graduate student residence in the community. But a recent report, commissioned by the university and prepared by real estate consulting firm Bolan Smart Associates, found that the proposed increase in graduate student enrollment will have a low impact on Burleith and West Georgetown because less than four percent of graduate and School of Continuing Studies students reside in these areas. Complaints lodged against the university have also focused on an assertion that students create a downturn in real estate. According to the report, however, home prices in Burleith have increased more than have prices in the District as a whole over the past decade.

“There is no conclusive evidence to suggest that graduate students have an adverse impact on home values or neighborhood appearance in Burleith,” the report says.

Lenore Rubino, president of the BCA and local real estate agent for Coldwell Banker, has been a vocal opponent of the Campus Plan and remains skeptical of the report’s validity.

“They really think [Bolan Smart] would say anything else?” Rubino said. ‘They were hired by Georgetown.”

Rubino asserted that Georgetown is damaging the Burleith neighborhood.

“The BCA believes that the university has gotten too big,” she said, “and it can’t handle its increasing enrollment. And because of that it’s spilling out into the surrounding community and put quite a burden on us.”

According to the plan’s critics, undergraduate and graduate students living in the area maintain a lower standard of living than their neighbors. Not according to Bolan Smart, however.

Despite the findings of the report and the amendments, neighborhood commissions will likely not withdraw their opposition to the plan. Advisory Neighborhood Commission 3D, which includes Foxhall and the Palisades, passed a resolution earlier this year opposing the plan. Vice Chair Stuart Ross said that the university’s changes do not affect his position on the plan.

“I did read the about the changes they had made, which would not cause me to suggest the ANC withdraw its opposition,” Ross said.

Ross said the ANC was concerned with the loop road, which he said would damage the scenic nature of the nearby parkland due to the greater bus traffic it would cause.

The university consulted the Office of Planning and the District Department of Transportation before making its pre-hearing submission. Olson said the loop road would enable buses to serve several on-campus stops.

“Our GUTS bus system now serves over two million riders throughout the year … We’re committed to being good neighbors by seeing that we minimize automobile use and maximize the use of that service. We believe the loop road really helps us to do that,” Olson said.

The pre-hearing submission also includes illustrations to demonstrate that the loop road will not damage the scenery and will be mostly invisible from within or across the park.

Additional concessions include reduced use of Kehoe Field, abandoning plans for a new convocation center and housing on the block housing 1789 Restaurant, Wisemiller’s and The Tombs.

The revised plan notes several times that the “financial constraints faced by a top-tier university with far fewer endowment assets than its peer institutions” make this plan a reasonable one. The importance of student tuition revenue is also emphasized as a way to compensate for enrollment caps. The plan states that its “significant concessions” are “expressly predicated on adoption of all of all of the elements of the 2010 Campus Plan.”