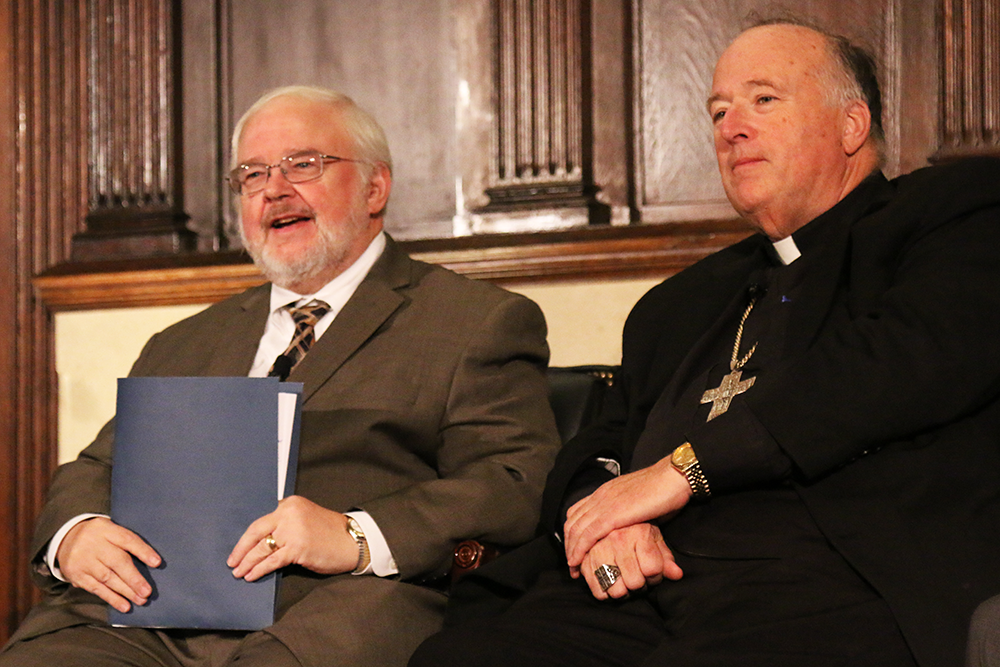 The Roman Catholic churches and communities in the United States must encourage bipartisan cooperation and promote religious freedom, said a panel of religious experts and community leaders in a Nov. 16 event.

According to the panelists, U.S. churches have increasingly struggled to reconcile competing political ideologies in the current climate of political polarization. McElroy proposed the definition of solidarity from 20th century Jesuit priest and theologian Fr. John Courtney Murray, S.J., as groundwork for a solution.

“Solidarity is this: the recognition that we are graced by God to live in the society in which we are members, and we all are debtors in that society,” McElroy said. “Until we come to a greater sense of that, I fear our dialogue will be empty, and I fear we won’t be able to mobilize effectively.”

The panelists reflected on the relationship between religious freedom and the democratic state, analyzing Murray’s writings and their applicability in the era of Pope Francis and President Donald Trump.

John Carr, director of the initiative, moderated the discussion.

Panelists focused on the importance of fostering bipartisan conversations both within the church and in the larger community and of promoting solidarity and community by breaking through rigid political party lines.

Garnett directed the audience’s attention to Murray’s definition of democracy as depending on constant and constructive political discourse and conversation. Instead of arguing with a presumption of good faith, according to Garnett, the current political climate is characterized by ineffectual partisan “screaming.”

“Murray liked to quote this line that said ‘civilization is men and women locked together in argument,’” Garnett said. “He wasn’t naive in thinking that democracy requires constant niceness or constant agreement. … Murray thought that arguing really meant sympathetically occupying the position of the other, setting out one’s premises and one’s steps, listening to the response and engaging dialogue.”

Rogers, who directed the White House Office of Faith-Based and Neighborhood Partnerships under former President Barack Obama, spoke to her own experience at a “purple church,” one that does not lean strongly liberal or conservative, and emphasized the importance of a community that fills church pews across party lines.

“We need to set up structures and ways to be in dialogue with people who have different political views in our religious communities to remind ourselves that there can be good faith differences across politics and to support each other to try and work against this bitterness and this tribalism that’s driving our culture,” Rogers said.

Garnett said it is difficult to give the Church the role of policymaker, as Murray would have distinguished between personal and communal approaches to religion.

The panelists agreed the church should not have a major role in lobbying for specific legislation and mobilizing voters but should instead focus on fostering community and conversation. Without a mutual sense of trust among members of the church, McElroy said, there will be no political cooperation in the long term.

“The most effective contribution religious communities should make to America at this time is inviting and building bridges … and encouraging our communities to not buy into the tribalism but rather to walk with the other person and genuinely try to see it through their eyes,” McElroy said.