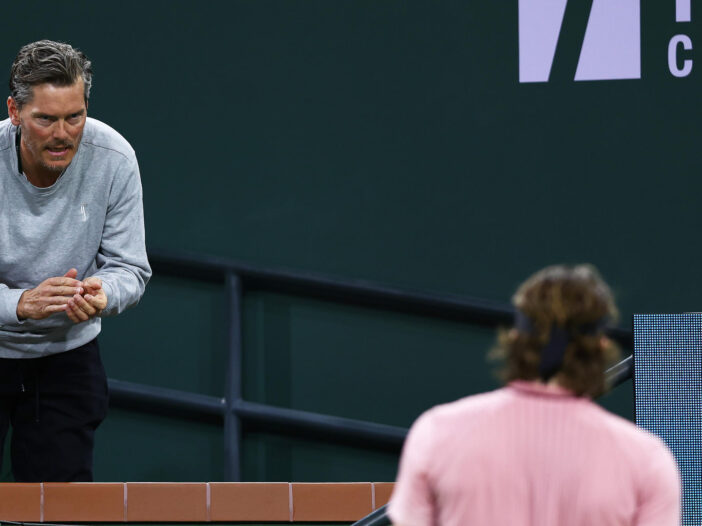 The 2022 U.S. Open featured a new grand slam champion and crowned the youngest men’s world No. 1 in 19-year-old Carlos Alcaraz. If that was not surprising enough, the last major tournament of the year also implemented a new on-court coaching rule, which has triggered passionate reactions — some praiseworthy and others deeply critical.

The Association of Tennis Professionals’ (ATP) experimental rule now permits verbal coaching in the form of short phrases — not conversations — from the player’s box and the use of signaling when the player is on the other end of the court.

All things considered, the experimental ATP rule is beneficial for the game. It provides heightened entertainment and access into matches while preserving the sacred physical barrier between coaches and players.

Tennis has differentiated itself from other sports with its individualistic nature and previous ban on coaching during matches. In a gladiator-type setting, the players wrestle with their minds on the court and must make strategic decisions on their own. Like chess, tennis is a battle of wits and intellect as much as a physical contest.

Thus, when the ATP introduced new experimental coaching rules on the ATP tour from July 11 through the end of the season, it raised questions about the integrity of the sport, with many players lashing out at the new rule.

Top-ranked American Taylor Fritz, for example, prefers the idea of tennis being played on an island.

The new coaching rules were a few years in the making, as the U.S. Open had allowed on-court coaching during junior and qualifying matches. Additionally, in all events outside the slams, the Women’s Tennis Association (WTA) tour allows coaching once per set on changeovers, where the players can engage in a 60-90 second face-to-face conversation with their coaches.

These coaching breaks on the WTA tour are fully audible. They are displayed on TV for viewers, providing unprecedented insight into the game and an entertaining firsthand look into the players’ personalities and displays of emotions.

However, as a result of the strict rules, the exchanges between coaches and players are less transparent to the audience than those on the WTA Tour and do not offer the same entertainment interest. In the U.S. Open final, Alcaraz’s coaching team offered a few words of advice in fast-spoken Spanish, but the words were largely inaudible through a TV screen.

Opinions remain divided about whether the rule will affect players uniformly.

Other players, including Wimbledon finalist Nick Kyrgios have raised equity concerns about the new roles, pointing out that some players may not have the resources to pay for a coach to guide them through the game.

“What happens if a high profile player versus a low ranked player who doesn’t have or afford a coach?” Kyrgios tweeted.

Kyrgios, who travels without a coach and is praised for having one of the highest tennis IQs on tour, has little to benefit from the rule. While this is a valid concern, others, like world-class coach Patrick Mouratoglou, argue permitting coaching levels the playing field.

“Congratulations to the ATP for ‘legalizing’ a practice that has been going on at almost every match for decades. No more hypocrisy,” Mourataglou tweeted.

Before the coaching rule, coaches would often find ways to communicate with the players through discrete signaling or verbal remarks. Frequently, the chair umpire missed these violations, which was, in turn, unfair to those not breaking the rule.

Allowing elements of coaching is like a teacher making a take-home test open note. Some people will cheat anyway, so why not make it an even playing field?

However, in rare instances, coaching violations are harshly and ambiguously delivered. In the 2018 U.S. Open final, the chair umpire handed Serena Williams a controversial coaching violation that led to Williams receiving two more code violations, and an eventual game penalty.

At the time, Williams’ coach Mourataglou admitted to coaching her. “I was coaching, but I don’t think she looked at me,” Mourataglou said.

“Everyone is doing it, 100 percent of the time,” Mourataglou told ESPN.

While the WTA coaching rule marked a major change in tradition, the new ATP coaching rule does not provide the same coaching access, marking a reasonable compromise between traditionalists and modernists of the sport. After all, coaching is allowed during matches in almost all other racket sports, including pickleball, table tennis and badminton. Even golfers have caddies by their side to consult.

The ATP has taken steps in recent years to modernize the game and appeal to a new audience. The serve clock, new team events, and fifth-set tie-breakers are all additions that have benefited the sport. Let’s continue the trend and allow partial coaching in professional men’s tennis.
Robbie Werdiger is a junior in the College. Causing a Racquet appears online every other week.