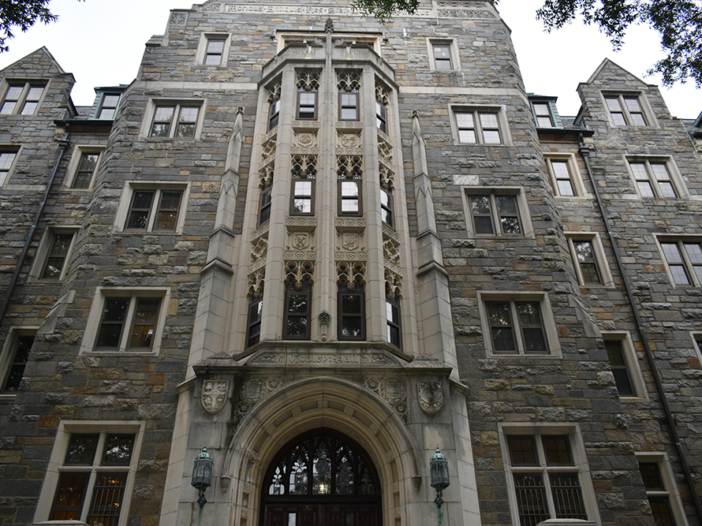 Many rising sophomores are concerned about the change, according to Natalie Gilbert (COL ’24).

“It feels unfair that Copley will be given to freshmen,” Gilbert said in a Zoom interview with The Hoya. “Personally, I have a group of friends that had hoped to get a Copley suite so that we could be connected to each other while still having our own roommates. And Copley is now for freshmen that don’t have big groups like that, so now it takes those spots away from people that do.”

Copley Hall includes many suites with two double-occupancy rooms connected by a shared bathroom, distinguishing the hall from upperclass dorms like Southwest Quad’s Kennedy and McCarthy Halls, which only have traditional single, double or triple rooms with communal bathrooms. Before this shift, there were no first-year living communities with suite-style rooms.

The goal of these changes is to offer more housing variety to first-year students while maintaining comfortable housing for all students, according to Huff.

“The adjustments will ensure that the University continues to provide attractive, safe and comfortable spaces conducive to student formation and community building for all students while creating more equity of housing types for incoming first year students,” Huff wrote in an email to The Hoya.

While Copley will no longer be available for sophomore students, Village C East, which offers double rooms with private bathrooms, will remain an option. The university fully renovated both VCE and VCW in the past year, including lobby renovations that created additional community and study space, according to Huff.

While rooms in VCE and VCW have private bathrooms, their average square footage — at about 200 and 186 square feet — is less than the average Copley room’s 212 square feet.

Upperclass students will continue to live in McCarthy Hall and Kennedy Hall. Rooms in these buildings are also smaller than Copley rooms, with an average size of 176 square feet.

For Katarina Junod (SFS ’24), the fact that the university will provide first-year students with larger rooms and additional private bathrooms is frustrating.

“I feel like the change in housing of sophomore housing going to freshmen will mean that some sophomores will have housing that is worse than freshmen housing. That feels unfair,” Junod said in a Zoom interview with The Hoya.

While other suite- and apartment-style buildings are available for upperclass students, these traditionally go to juniors and seniors, as rising sophomores’ fewer housing selection points limit their options. Without Copley, sophomores’ only options are traditional dorm rooms.

According to Junod, the communication process surrounding the changes to residence halls was lacking and may prevent sophomores from making informed decisions about their housing. In recent weeks, Residential Living held several information sessions about housing for students and plans to hold more in the near future, according to a university spokesperson.

The administration should have provided more information to rising sophomores, according to Junod.

“I feel like you have to go to other people that are upperclassmen to understand what is going on with housing, and I don’t feel like that should be an issue. I feel like Georgetown should properly communicate what’s happening with housing,” Junod said.