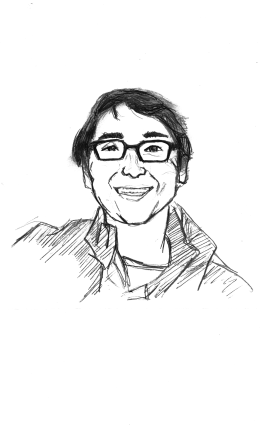 Two weeks ago, it was hard to find any news source that was not talking about the cases on same-sex marriage and federal benefits that were being heard by the Supreme Court. Prior to the oral arguments, many in liberal circles seemed to think that the recent yet surprisingly intense groundswell of support for marriage equality would push their case over the edge. A poll released in March by The Washington Post and ABC puts support among Americans for gay marriage at a record-high 56 percent. Prognostications began asserting that “the justices do not want to be on the wrong side of history.”

However, this line of thought adopts a false historical idea of the Supreme Court as always “smoothing” the inevitable arc of history. Many major issues have been slowed or shut down by the Court to the extent that interest groups should not equate momentum to the inevitability of success at the nation’s highest bench.

During the Progressive Era, laws that established the government’s role in protecting both citizens and public resources were passed, including the creation of the National Parks Service, child labor laws and a professional public service. In Lochner v. New York, which dealt with limiting bakers to 60-hour work weeks for health reasons, the Court decided that many Progressive-Era laws demanded judicial scrutiny, making them more likely to be struck down. It called the law “unreasonable, unnecessary and arbitrary interference with the right and liberty of the individual to contract.” It took more than 20 years to unwind the Court’s intrusion into an issue area, which prevailed unquestioningly in the political arena.

During the Great Depression, FDR dramatically expanded the degree to which the government was willing to help and protect Americans in the economy. Again the Supreme Court objected to a major political movement. The Court deemed so much of the New Deal unconstitutional that, by 1937, FDR proposed a bill that would have allowed the president to add more justices to the Supreme Court — curiously, the U.S. Constitution said nothing about the size of the Court. Although the public received the effort poorly, it was enough to alter the mindset of the Court, allowing measures like minimum wages to proceed without impediment.

In more recent times, the Court has been mercurial in its approach to many issues. Most prominently, the abortion question has been, in the words of Justices O’Connor, Kennedy and Souter, “jurisprudence of doubt.” While pro-choice advocates won Roe v. Wade, subsequent abortion rulings have eaten away at the complete right to privacy. The Court spent the next two decades refining its position. At one point, it approved state-level bans on abortion in public hospitals in Webster v. Reproductive Health Services. In the 1992 Casey v. Planned Parenthood case, many expected that a predominantly Republican-appointed Court would uphold Pennsylvania’s more restrictive abortion laws. To the shock of pro-life advocates, the Court affirmed Roe and accepted the less restrictive “undue burden” legal test on abortion restrictions.

The takeaway here is fairly straightforward: No matter what side of history you think you are on, never count on the Supreme Court for anything. The justices often go out of their way to separate their rulings from politics, even if the decisions themselves are inherently political. At critical times in American political history, the Court has acted as a sort of judicial brake on the forces of society. At others, the Court has allowed vast and progressive change to take place while subsequently dialing back and clarifying its own decisions as time has passed. The truth is that we will never know what goes on when the “big nine” sit down to discuss a case. Nor does anyone have any special insight into how they will rule.  Much to the chagrin of millions of Americans whose marital fate hangs in the balance, all they can really do now is wait a little longer.