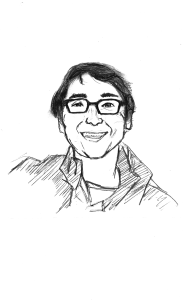 Many observers predicted soon after Barack Obama’s re-election in November that comprehensive immigration reform would be his first legislative undertaking during his second term, given the significant role Latino voters played in the president’s re-election. Some exit polls put their support for the President as high as 75 or 80 percent. These same polls show nearly all of these voters did so based on broad concerns like immigration policy or relevant legislation like the DREAM Act. Comprehensive immigration reform is seen as a way to cement Latino voters for a generation in the same way that the Civil Rights Act brought black voters permanently into the Democratic fold in 1964.

This is hardly the first time immigrant communities have played the central role in shifting American voting patterns at the presidential level. In the decades leading up to the Civil War, for example, the major immigration debates of the time were tied closely with how the nascent Republican party was able to develop the force to win the White House and prosecute the war. Confronted with an influx of Irish and German voters from Europe, native-born American Protestants, largely in the northeast, began to organize politically with anti-immigrant and anti-Catholic platforms. The strongest was the Know-Nothing party, which polled very strongly in the 1854 House elections. However, the anti-immigrant movement vanished shortly thereafter over divisions about slavery.

As a result, a previously obscure Illinois legislator named Abraham Lincoln realized that the slavery debate presented an opportunity for the young Republican party to broaden its electoral reach. German immigrants brought a highly egalitarian and collectivist idea of society and politics from their old homeland. Lincoln called Carl Schurz, a German-born American, the “foremost of all” his campaign supporters in 1860. German-Americans supported Lincoln to such a strong degree thanks to Schurz that it pushed the Republican ticket over the top in many key states. During the Civil War, over 200,000 German-Americans formed the largest contingent of ethnic soldiers in the Union Army. Ultimately, Lincoln’s savvy outreach and election to the White House embedded the German-American community as a bedrock political constituency for the Republicans for an entire generation.

Even more skilled than Lincoln in the realm of immigrant coalition building was Franklin Roosevelt. FDR used his New Deal to construct a fearsome electoral machine that lost only two of the nine presidential elections between 1932 and 1964. The Great Depression hit immigrant communities particularity hard since they worked primarily industrial labor jobs. Jewish, Italian and Eastern European immigrants dashed over to FDR’s camp in the 1932 election. The Depression had significantly weakened — if not broken — the traditional Republican claim that unfettered corporate success was the best path to prosperity in America. Led by Jews and Italians, immigrants from all over, now American citizens, flocked to FDR’s social welfare platform, helping to give the Democrats a solid base from which they could win the White House for almost 40 years in a row.

History suggests that when immigrant communities break onto the stage politically, they tend to remain important to one party or another for a long time. In both cases, the immigrant voting blocs were reliable support in otherwise turbulent times.

Regardless of what today’s Democratic policymakers think is the best course of action, they are currently faced with an important political opportunity. If history is any guide, Latino voters could be part of the next long-term coalition that establishes itself as the automatic frontrunner in presidential elections. In today’s frenzied media environment, it would bring peace of mind to leaders of the Democratic National Committee to know that 50.5 million voters will be largely in their camp even before any commercials hit the air. However, choosing the right course of action before the next presidential election is crucial. In both the case of Lincoln and FDR, specific policies and ideological frameworks were required to cement immigrant support. Lincoln followed through on his antislavery rhetoric, and FDR oversaw the construction of a welfare state to cushion the blow of economic hardship. If President Obama can generate enough political support to dramatically alter immigration processes and laws for America’s documented and undocumented immigrants, he may find himself at the head of another generation-long political dynasty.