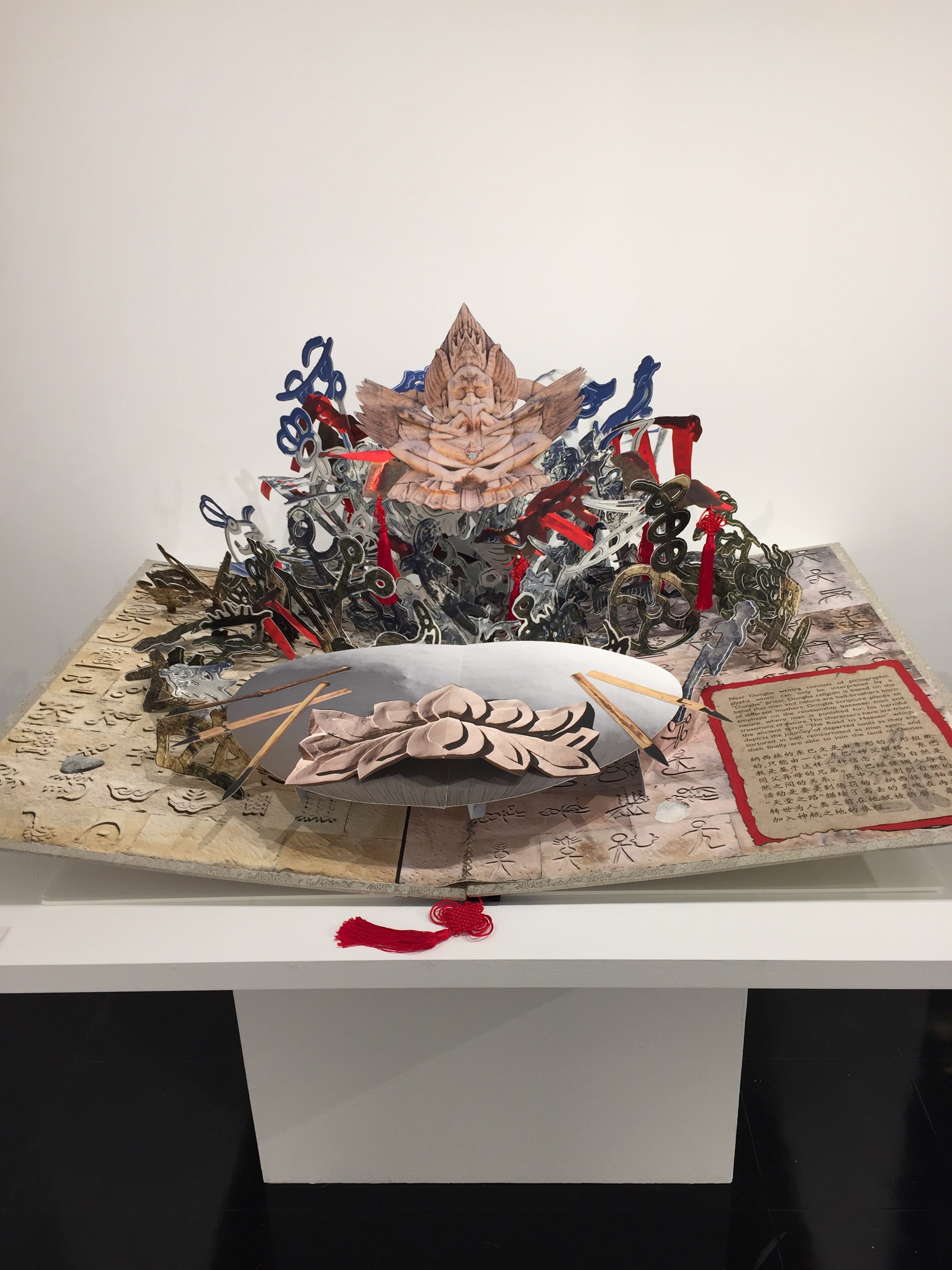 Take a step into Georgetown’s Spagnuolo Gallery in the Edmund A. Walsh Memorial building and you’ll suddenly find yourself transported. The colors become brighter, the shadows become longer and the entirety of the world is condensed into a series of pop-up books.

Colette Fu is an artist from Philadelphia, Pennsylvania, but she has traveled to the remote villages of Yunnan in southwest China to explore her ancestry and discover forgotten cultures. It’s here that she found the inspiration for her collection now on display.

It is an observation of the lives of these minority tribes, hidden behind avalanched roads and surrounded by fields of rice paddies. Acting as something like a gateway between past and present, Fu’s pop-up books give three dimensions to a history unknown to us, a tangible representation of the other side of the globe.

“That trip sparked everything,” Fu said of her time in China. “It was about exploring the way people were, minorities in the villages and the way they celebrated. Traveling around, I developed a new sense of pride, and I got passionate about it.”

Each pop-up book focuses on the beauty of the subject; it’s impossible not to feel the strong ties and affection that formed during the artist’s

trip. Location has become such an important part of a person’s identity today, and how we judge who we are has a lot to do with our heritage.

Fu’s collection is not only a celebration of minority tribes but an appreciation for the intrinsic beauty of the individual and his lineage. The flowery headdresses of celebration, the flowing black hair in tribal dances and the cultural red hat symbol highlights the vibrancy of ancestral tradition that colors in history.

The art of the pop-up book itself is a style that is still greatly unexplored, and yet the complexity of its structure perfectly reflects the intricacy of these minority tribes and emphasizes the importance of the moments that Fu has captured.

Fu explained why she chose to use the pop-up book to communicate her ideas. “There are a lot of photographers now and almost anyone can take a good photo. I wanted to do something that would make my photographs more unique,” Fu said. “I opened a pop-up book and I got fascinated by it. From then on I decided I wanted to do this.”

Included in the exhibit is an interactive model that shows how Fu actually constructs her pop-up books, which really helps viewers understand the precision and dedication it takes to create each piece displayed. The dynamics of each book make the exhibit more like an experience, and it’s incredibly easy to picture oneself among the cluttered food tables or between the masked characters of a parade, sharing in the rituals and ceremonies. This exhibit can only be classified as hands-on learning, and it’s so easy to feel yourself getting lost between the miniature walls of Fu’s world.

Each pop-up piece is, in fact, made up of a collage of photographs, and

Fu seamlessly combines the different scenes to express the beauty of the place and the people, reflective of how so many elements come together to create an identity. Such a process can be extremely demanding. “The most challenging thing was making the largest pop-up book,” Fu said. “I was intent on making that book, and I had to keep gluing and gluing until it was able to stand up on its own. It’s really trial and error.”

Despite the demands that such an intricate art form requires, the result is a breathtaking tour of Fu’s own personal world, an homage to a home roughly seven thousand miles away. Especially in a place like Georgetown, where many students are just as far from their own homes, this new exhibit is a kind of reassurance that none of us have lost where we came from; it’s still as bright and present as ever.