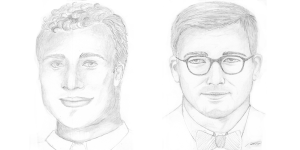 In his recent, over-clicked article imploring America’s (wealthy) parents not to send their kids to the Ivy League, William Deresiewicz mentions in passing that religious schools often exceed their green-leafy counterparts in providing education in the “highest sense.”

The Ivy League education, he claims, yields a harvest of students selected on technical merits and nurtured for technocratic ends. They have a specialized skillset, but are horrifyingly shallow; they can deliver lasting impact, but are shockingly risk-averse.

Most interestingly, he suggests that these students fail his “soul-vency test” because they seek meaning in functionalistic specialization, evaluating themselves and each other in terms of affluence and prestige.

Given the ferocity of his criticism — he calls Yalies “entitled little s—s” — our pride and relief swells for attending a Catholic school. That said, what might Georgetown offer that overcomes the crushing influence of functionalism?

To answer this question, we must first address what constitutes soul formation.

Deresiewicz’s implicit definition rewords an ancient dichotomy to say that you cannot serve both goodness and niche functionality.

But, besides being irrelevant in a world pervaded by materialism, this definition entirely misses the point. The well-formed soul cannot only think about life’s deep issues; it must also act on those issues. And in this world, these actions will be specific, even mechanical.

As such, the ideal university must necessarily be one part technical college and one part monastery, not because either building alone possesses the key to unlocking a valid life, but rather because both provide unique and complementary perspectives.

These complementary perspectives give rise to contradictions in the purpose of our education. Religion, for example, chases ideals, while the technocracy chases results.

But, in truth, these contradictions force Georgetown and its students to be more self-aware and more empathetic. Ultimately, this can lead to compassion, even wisdom.

Georgetown, then, succeeds because it suffers from an exacerbated identity crisis: In one hand it holds the Bible, in the other, a beaker.

Likewise, it succeeds when it provides its students opportunities to embrace the contradictions and compromises inherent in any well-lived life.

For example, Georgetown’s interfaith dialogues, formal and informal, allow students to open their eyes to a wide array of value systems and critically evaluate their own beliefs against this crowd.

Serious discussions can be challenging, but these challenges provide the conditions necessary for students to fully discover their own identities. They allow people to be fully gay and fully Catholic, completely Mormon and completely unwilling to turn down.

Likewise, dialogues perform a disservice when they prioritize politeness over depth, which results in the superficial exchange of ecclesiastical trivia rather than a meaningful reflection on core doctrine.

In fact, students may benefit the most from the most potentially explosive discussions. Imagine, for example, an event co-hosted by H*yas for Choice and GU Right to Life.

These suggestions, of course, are not meant to be policy prescriptions (marking the first time that two SFS-ers in the same room have ever left without twice as many “remedies”). They are, however, meant to illustrate that complexity — and the conflict it can bring — should be embraced, not avoided.

Happily, more than its Ivy counterparts, Georgetown insists on maintaining a contradictory identity: historical yet forward-looking, faithful yet empirical. It is Georgetown’s irrational clinging, in juxtaposition with Ivy’s specialization, that ultimately saves it.

Tucker Cholvin and Thomas Christiansen are seniors in the School of Foreign Service. Culture Clash appears every other Tuesday.