Take his baseball career out of the equation and José Fernandez’s story was a tragedy.

At age 15, Fernandez made a dangerous boat ride to the U.S. in a fourth attempt to defect from Cuba. During that boat ride, he rescued his own mother, who had fallen out of the boat as a result of violent surf.

On Saturday evening, the now 24-year-old Fernandez got into an argument with his pregnant girlfriend and took a late night boat ride off the coast of Miami, perhaps to calm his nerves. A little after 3:15 a.m., Coast Guard personnel found the 32-foot fishing boat overturned; it had crashed into a jetty at some point in the night.

Fernandez, along with two other passengers, was dead. The very water that had given Fernandez a new life had abruptly taken it away.

Now add back baseball. Add back the reputation of Fernandez as not only one of the best young pitchers in the Majors, but also as one who outwardly loved the game — who was always smiling, always joking, always real.

Add back Fernandez’s involvement in the Cuban community. Add back the hope and leadership he brought to Miami baseball fans. Add back the many players, coaches and journalists around the league who not only respected Fernandez but also considered him a friend.

When tragedy strikes, people often look to sports as a distraction, an escape and a stabilizer. But how do you cope when your tragedy is so acutely entwined with your escape? How do you distract yourself when your source of comfort becomes your calamity?

For those, like Fernandez himself, who turned to baseball when nothing else was going right, where do you turn when it is baseball itself that is the source of grieving?

All week, baseball has tried to reconcile these crippling questions. And though many actions taken by the league were to be expected, some events were unique to the way that baseball and sports as a community pull themselves out of tragedy.

The first thing the MLB did was cancel the Marlins game Sunday morning. The Marlins community needed time to take care of their families and friends in the wake of the news — which was the right decision, as emotion on Sunday was bigger than baseball.

Ironically, however, Fernandez himself probably would not have wanted the game to be cancelled.

He loved baseball that much.

The moments of silence around the league in the following games and the numerous media tributes were all standard rituals to honor a fallen member of the community.

But baseball is a game of superstition. Players refuse to step on the chalk foul line. Roger Clemens would rub the Monument Park statue of Babe Ruth before every start as a Yankee. Wade Boggs etched the Hebrew word for life, chai, into the batters’ box dirt before every single at-bat.

And like many athletes, baseball players have an eternal attachment to the timeless game. From the films “Field of Dreams” to “Angels in the Outfield,” to stadium tributes like the name “the house that Ruth built” and the curses of the Bambino and billy goat, baseball believes that not even death completely separates people from the game.

On Monday night, Marlins second baseman Dee Gordon smashed the first pitch he swung at into the Marlins Park second deck. It was probably the farthest homer Gordon had ever hit. It was also Gordon’s first home run since last season.

Then, on Tuesday night, childhood neighbor and friend of Fernandez, Cardinals shortstop Aledmys Diaz, returned to St. Louis after spending Monday grieving with Fernandez’s family in Miami. In his second at-bat of the game, Diaz hit the first grand slam of his career.

No one suggested that these events were a coincidence. When both Gordon and Diaz pointed to the sky after reaching home plate, teary eyed, everyone knew the home runs were fate. Because in baseball, superstitions like these are not only accepted but also widely believed.

In those moments, Fernandez was with them.

Gordon and Diaz honored Fernandez by playing his favorite game at his elite level. And when they credited a higher power, fate or perhaps Fernandez’s presence for their stellar performances, they eased the heartache just a little bit.

Healing for this community is finding symmetry in superstition and comfort in coincidence. Players are diving more deeply into the game than ever before, unafraid of the constant ache of Fernandez’s memory and grateful to continue the game from which he was taken so suddenly.

Baseball is turning the tragedy of a young ace’s death into a celebration of a game well-played, one ethereal home run at a time. 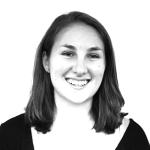