This past week, I journeyed to Brussels, Belgium with my European politics course to study the European Union by touring the various institutions headquartered in Brussels and interviewing key players within the system. Although I already had an understanding of the importance of the European Union from my previous studies, my personal experiences in Brussels cemented my belief that the EU is an essential political system and perhaps the best deterrent against the rising tide of nationalism and populism upending Europe today.

The modern European Union has its basis in the European Coal and Steel Community established in 1951 in an effort to unite Europe following World War II. Robert Schuman, the French foreign minister at the time, posited that the ECSC would “make war not only unthinkable but materially impossible,” echoing Immanuel Kant’s liberalist belief that nations that were economically dependent on each other would not readily war with each other.

The modern EU as we know it evolved from this initial community of six nations — France, West Germany, Italy, the Netherlands and Luxembourg — to comprise the 28 member states within the political system today. And while nationalism and populism continue to make inroads in the modern political environment — most recently the victory of the center-right and far-right parties in the Austrian parliamentary elections Sunday and, of course, Brexit, the United Kingdom’s vote to leave the EU — my visit to Brussels demonstrated the necessity for Europe to continue on the path of supranationalism.

The road to the modern EU has seen many twists and turns as it has struggled to balance the interests of individual member states with the need to unite to better survive as a union in an unpredictable world. Through its almost 70-year history, the EU has managed to develop a complex yet fair political system that seeks to create lasting prosperity of the member states through the promotion of the overall EU.

The success of the EU is one of the most important factors for the continued prosperity of Western civilization against rising terrorism, an ascendant Russia eager to assert itself globally and the promotion of peace worldwide.

The rise of the Commission’s influence within the EU in recent years signals that the majority of member states want increased integration in order to assure Europe’s prominence globally.

While the EU has an inherently different structure from any other political entity on the planet, during my time in Brussels I learned that many of its institutions do share commonalities with the American political system and other individual governments with which people are more familiar.

Furthermore, the EU’s general movement toward increased integration and the advancement of the Economic and Monetary Union and the eurozone indicate that, with the exception of the U.K., the European member states understand that overall success for Europe — peace, economic pre-eminence and military security — can only be achieved together.

Europe’s inherently complex political situation — European nations that are often fiercely independent and immensely proud of their individual nation’s histories and culture — makes continued integration a difficult task. And yet after my visit to the EU’s capital, I have never been surer of its future success. To me, the EU represents a political example of humanity’s tug of war between a desire to isolate oneself for one’s own benefit and the individual sacrifice necessary to work together for the betterment of everyone’s lives. 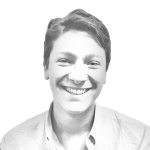 Grant Olson is a junior in the College. This is the third installment of Chronicles from Copenhagen.