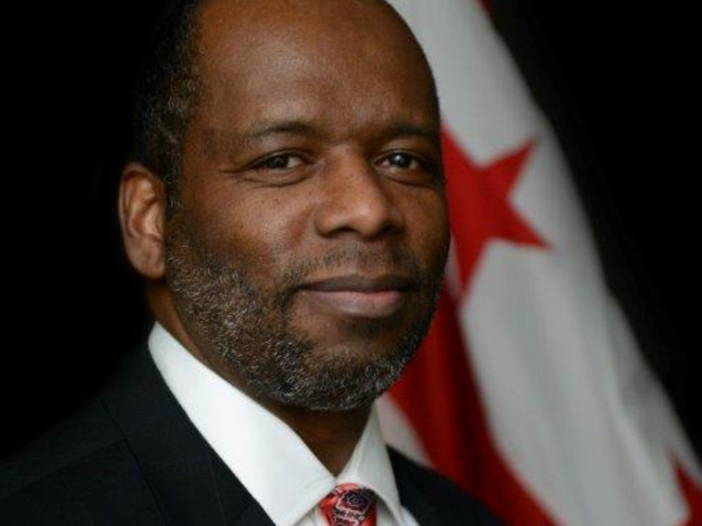 City officials permanently cleared a homeless encampment under the bridge crossing over K Street NE on Jan. 16, displacing dozens of people experiencing homelessness and disposing of their belongings.

The city announced the scheduled encampment clearance by posting orange signage Jan. 3 that said the sidewalk under the bridge was a “pedestrian passageway” that could not be blocked by any private property, including tents, according to The DCist. At 10 a.m. on Thursday, city officials, police and sanitation workers arrived at the encampment to clear anything that was left. After everyone vacated the underpass, sanitation workers swept and power washed the sidewalks, according to The Washington Post.

Officials made the decision to remove the K Street encampment after reports that the encampment was interfering with pedestrian traffic, which was a safety concern, D.C. Deputy Mayor for Health and Human Services Wayne Turnage said in an interview with WAMU.

“We were noticing over time that pedestrians were stepping into the street to not interfere with the encampments,” Turnage said to WAMU. “We needed to address it before someone got hurt.”

Homeless encampments on K, L and M streets in NoMa, a neighborhood north of Capitol Hill, have been cleared biweekly, though people usually return afterward, according to The DCist.

Students in the HOME program will assist members of the Washington Legal Clinic for the Homeless, a local nonprofit that provides free legal assistance to people experiencing homelessness.

WLCH and HOME plan on working together to advocate on behalf of people experiencing homelessness in the city, according to Associate Director of the CSJ Raymond Shiu.

“In partnership with WLCH, Hoyas will assist individuals experiencing homelessness during the clearances and advocate for their rights,” Shiu wrote in an email to The Hoya. “In this new development in the NOMA neighborhood, HOME will continue to be present and support the homeless community.”

“HOME’s partnership with the Washington Legal Clinic exemplifies our Jesuit Mission of being men and women for and with others,” Ledshome wrote in an email to The Hoya. “Our programs’ values rely on recognizing human dignity and agency of people experiencing homelessness, and we believe that these values should be guiding forces when the city responds to the encampments.”

“Many report that they have been harassed as they walk by the tent encampments, where people frequently engage in aggressive panhandling and occasionally menace passersby,” the letter read. “Used and bloody hypodermic needles and other drug paraphernalia, rotting food, trash, broken glass, public nudity, prostitution, sales of illegal drugs, and human urine and feces are encountered by those whose routes take them by the encampments and pervade the space in which encamped individuals are living.”

In response to the letter, more than 30 NoMa residents wrote emails to Turnage to call for the removal of the K Street bridge encampment, according to the Washington City Paper.

Establishing pedestrian safe-passage zones in NoMa can quickly become a way to exclude vulnerable NoMa residents, according to a response to Jasper’s letter by the National Law Center on Homelessness and Poverty.

“It is an act of dividing human beings into groups of people who are considered ‘illegally encamped’ and those who are not, those deemed worthy of safety and those who are not,” the response read. “We are falling into an ‘us versus them’ narrative, which sees the ‘other’ as a threat that must be strategically removed.”

The city’s decision to declare the sidewalks on K Street “pedestrian passageways” was not inspired by Jasper’s letter but rather by observations taken during regular encampment cleanups. Regardless, the city does endorse the creation of these safe-passage zones, Turnage said in an interview with WAMU.

The Office of the Deputy Mayor for Health and Human Services creates policies on homeless encampments with the well-being of all of its constituents in mind, according to the DMHHS website.

“The District of Columbia is focused on making homelessness rare, brief and non-recurring,” Turnage wrote. “Our protocol for cleaning public spaces is triggered when a site presents a security, health, or safety risk, and/or interferes with community use of such places. With this in mind, we provide resources to shelter, pathways to housing and access to behavioral health services to individuals at these locations.”