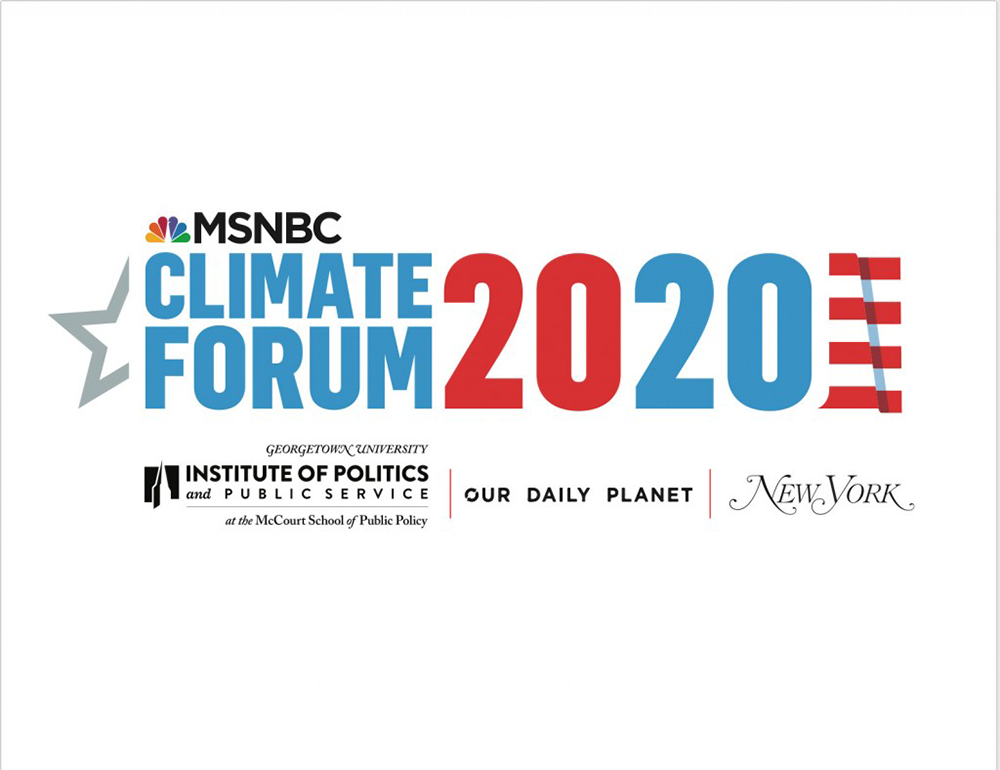 Eleven presidential candidates will examine climate change issues in a town hall-style forum hosted by Georgetown and major media outlets on Sept. 19 and 20.

The series of one-hour events, open only to select university students, is a collaboration between the Georgetown Institute of Politics and Public Service, Our Daily Planet, MSNBC and New York Magazine and will be hosted by MSNBC hosts Chris Hayes and Ali Velshi. The two hosts’ respective MSNBC shows will dedicate two nights of special coverage to the forum.

Tickets for the Gaston Hall event will be available to students at Georgetown University, other D.C.-area universities and universities in early and primary states. Specific information regarding tickets and timing for each candidate are not yet published.

One of the forum’s goals is to engage young voters by discussing climate change, an important topic to many young people, GU Politics Executive Director Mo Elleithee (SFS ’94) said in an interview with The Hoya.

“Part of our mission is to make politics more accessible to young people; pull back the curtain and give them a chance to better engage in the political process, in part by engaging people who are in the process,”  Elleithee said. “Being able to bring multiple candidates to talk about an issue that is important to young voters — it’s a no brainer for us.”

Our Daily Planet approached GU Politics with the climate forum concept, according to co-founders and publishers of Our Daily Planet Monica Medina (CAS ’83) and Miro Korenha. Having the event include student voices and concerns about climate change is crucial in bringing awareness to the issue, according to Medina and Korenho.

“We’re thrilled that our event is centered around students and the critical role they’re playing in elevating climate change to a top-tier issue,” Medina and Korenha wrote in an email to The Hoya.

Televising the climate change forum will allow for conversation about each candidate’s climate change plan in a way that was previously not possible, according to Medina and Korenha.

“If ten years ago someone would have predicted that there would be a climate change forum televised on a major network like MSNBC, hardly anyone would have believed you,” Medina and Korenha wrote. “We can’t wait to take a deeper dive into each candidate’s climate action plan in a forum format that will give us the chance to have a really substantive conversation.”

“Seeing candidates discuss issues like switching to sustainable sources of electricity, handling waste efficiently, and using land sustainably will be especially interesting because these are also issues that we deal with here at Georgetown,” Ferretti wrote.