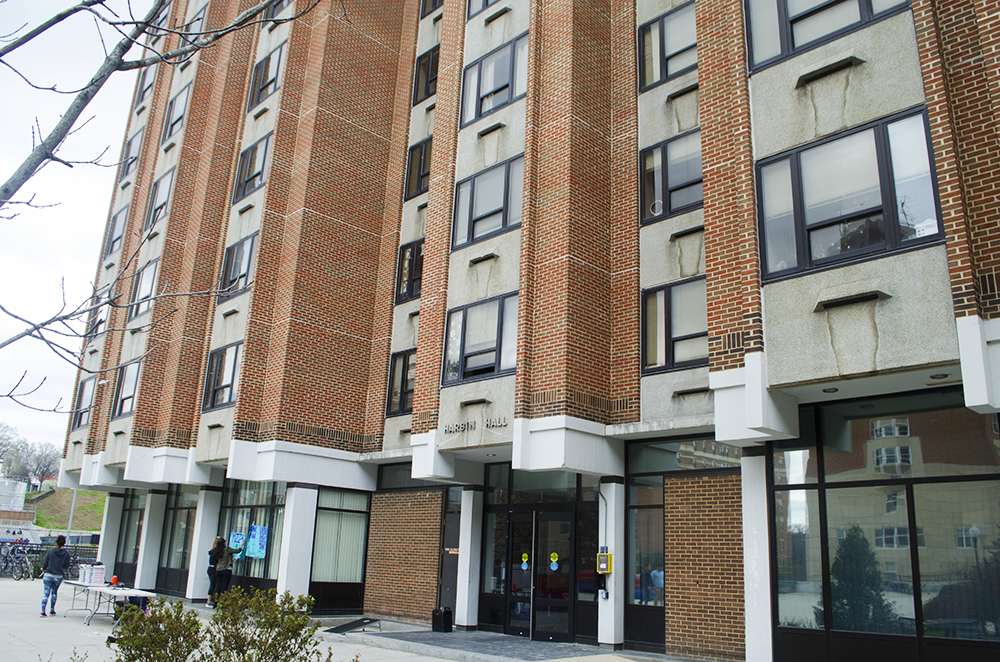 Student advocacy groups and residential organizations partnered to promote environmental awareness and the importance of sustainability at Earth Day events across campus April 23.

Georgetown’s celebrations occurred the day after the annual Earth Day, a global movement featuring political action and advocacy that began in 1970.

Representatives from the groups informed students about opportunities to get involved with sustainability initiatives on campus at the two-hour event. Interhall Council provided free vegan chicken nuggets, burgers and cookies from HipCityVeg, a vegan restaurant chain, according to Interhall Council Vice President Katelyn Barr (SFS ’22).

“I wanted to make sure the event provided accessible information and was geared towards the average college student,” Barr wrote in an email to The Hoya. “After all, we don’t want to seem like we are asking people to change their entire lives. Instead, we want to provide easy and simple ways to be more environmentally conscious every day.”

Showcasing plant-based alternatives for foods can help reduce an individual’s carbon footprint and combat climate change, according to Barr.

“Animal agriculture adds a significant amount of carbon emissions to the atmosphere every day,” Barr wrote. “If everyone reduced their meat and dairy intake, even just through a simple goal like ‘Meatless Mondays,’ we could reduce carbon emissions and slow climate change.”

The GUSA sustainability policy team, a student government subcommittee tasked with addressing environmental issues on campus, participated in the event by passing out sets of bamboo utensils as a green alternative to plastic utensils as part of their “Go Plastic-Free” campaign. Launched in February, the initiative includes semesterly training sessions for the leaders of student organizations and a pledge for those groups to reduce their reliance on single-use plastics.

The policy team hoped to gain support and momentum for the campaign by tabling at the Earth Day event, according to GUSA Sustainability Chair Rowlie Flores (COL ’22).

In addition to the event held on Harbin Patio, the Students of Georgetown, Inc., commonly known as The Corp, held their first ever two mile Earth Day run in the Georgetown neighborhood April 23. The event was in collaboration with Outdoor Voices, an athletic apparel store in Georgetown, that provided free hats to participants.

The Earth Day run highlighted the benefits of exercising outdoors, according to Lille Brown (SFS ’20), philanthropy chair of The Corp.

“The Corp’s goal in partnering with Outdoor Voices was to encourage students to celebrate Earth Week by being outside and being active,” Brown wrote in an email to The Hoya.

The run served as a kickoff to other Earth Day promotions and activities The Corp will hold through the end of April.

In addition to the run, The Corp has been promoting sustainability throughout the school year through a punch card promotion where students who use a reusable cup ten times at various Corp store fronts will receive their eleventh drink free of charge. Participating locations include Uncommon Grounds, The Midnight Mug, More Uncommon Grounds and Grounded.

By encouraging community members to use reusable cups and by providing strawless lids, The Corp hopes to promote environmentally friendly habits among students, according to Brown.

“We hope this promotion encourages greater sustainability and cup reuse habits among the student body,” Brown wrote in an email to The Hoya.

On-campus Earth Day events serve as a way to celebrate the progress that has been made in protecting the environment but also to remind individuals of the work that still has not been completed, according to GREEN Vice President Henry Congdon (SFS ’21).

“Creating a more sustainable future is going to require all of us, and Earth Day is an important time to celebrate what has been accomplished so far, and raise awareness of what still needs to be done,” Congdon wrote in an email to The Hoya.