The Midsummer Classic is finally headed to Washington, D.C. The 2018 MLB All-Star Game, officially awarded to Nationals Park on Monday, will be held in a stadium that will celebrate its 10th anniversary and hosted by a club that will be in its 13th year in MLB.

In that 13-year span, the Nationals have served as a model organization for baseball. They created a sustainably successful franchise in a gleaming new ballpark, revitalizing a city that is captivated by its new team. The announcement is another proud and well-deserved landmark in the development of the franchise and a mark of achievement for its owners and management.

Many throughout the city believe that the Classic’s arrival in Washington is long overdue, and this sentiment is coupled with frustration toward the blurry process that the league uses to assign these games. Economics, marketing, favors owed as well as good old-fashioned lobbying are all factors, making it difficult for fans to read into the selection pattern.

The 2014 game, for example, was held in a gleaming, four-year-old Target Field in Minnesota, and the 2017 game is slated for five-year-old Marlins Park in Miami. On the other hand, the Classic has been shipped to a fair number of older stadiums. The 2015 and 2016 games will be held in Cincinnati and San Diego, respectively, where the parks will be 12 years old. And again, Nationals Park will be 13 in 2018.

So while there is precedent for brand-new parks hosting the game, there is also precedent for the opposite, and thus fans should not be offended by the delay in the game’s arrival. With the position the Nationals have put themselves in, all signs points toward the All-Star Game coming in the midst of a continued upswing in the product the club puts on the field and the venue it plays in, allowing the club to show itself off in the best light possible. Washington has set itself up for the future, and the 2018 All-Star game will allow the team to prove it.

Nationals Park still feels new to many D.C. residents, in large part due to the sluggish progress of development in the area — just the walk down Half Street from the Metro to the stadium feels rugged by professional sports standards. On one side of the street, a lot has gradually transformed from an abandoned government complex covered in neat graffiti to a construction site. On the other side of the street, an outdoor bar complex surrounded by shipping containers gives off a welcoming, but decidedly unfinished vibe.

Development is happening, and Team President Mark Lerner expects the Half Street area “to be almost done or finished” by 2018, per The Washington Post. As development moves forward, the area surrounding Nationals Park will take on an urban, populated atmosphere. Storefronts and restaurants, currently nonexistent in the area around the stadium, are expected to pop up. In preliminary developments like the yard north of the stadium, the hope of businesses centering on baseball are coming to fruition.

At those ballgames, fans will see a team that has set itself up to be relevant for the future. The Nationals have proved themselves capable of improving, with both savvy trades and smart drafting as well as one of the better farm systems in the league. At the same time, they are willing to spend big dollars (see Max Scherzer’s $210 million contract).

In 2018, the Nationals might be a decidedly different team, with almost every player on the roster due for free agency before then, but the organization has shown that it is capable of handling turnover — in this offseason alone, the impending free agency of Jordan Zimmermann has been countered with the acquisition of Scherzer, and a smart three-way deal with the Rays and Padres brought shortstop prospect Trea Turner aboard to be a potential long-term replacement for Ian Desmond. The club has the pieces to maintain a quality product for the foreseeable future.

Altogether, the 2018 MLB All-Star Game will truly be a showcase for the Nationals franchise. It’s still a long way off — current Georgetown freshmen will graduate before any Home Run Derby is held. However, it can still be said with confidence that the Nationals will be a relevant force in baseball come 2018, an accomplishment for a relatively young team. There is no guarantee of division titles, but winning is now the norm in Washington, and MLB is finally ready to put the city in the spotlight. Even if it took 13 years, this is another accolade to add to a growing pile, and for once, it is time to step back and bask in the glow. 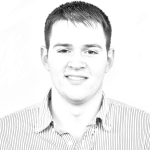 Matt Raab is a sophomore in the School of Foreign Service. His sports column AROUND THE DISTRICT appears every Tuesday.