The beginning of a new season is an important event in any major professional sport. Every season opener is greeted with widespread excitement and anticipation. In Major League Baseball, however, the day of the first game isn’t just another season opener. It’s Opening Day, a magical day of possibility and hope.

Baseball’s Opening Day is a heralded event not only because it marks the start of baseball season, but also because of what it represents. Especially in the north, baseball season, which spans from April to the beginning of November, almost exactly coincides with the best weather of the year. Opening Day announces the beginning of the spring, sunny days, hot dogs and cold beer. It allows everyone to move on from a winter of snow and ice and look forward to a summer of beaches and barbecues.

Having been a fan of the New York Yankees my entire life, I have always anticipated the arrival of Opening Day with barely contained enthusiasm. However, because of academic, athletic and social obligations, I had never attended a season opener at Yankee Stadium until Monday.

I arrived at the stadium more than an hour prior to game time and was greeted by blue skies, warm weather and a sea of pinstriped jerseys. Most of the jerseys were adorned with numbers that had been worn by retired players, including Mariano Rivera, Jorge Posada and Mickey Mantle, as well as the most popular jersey, the iconic number two of recently retired shortstop Derek Jeter.

Even though the jerseys reflected the general tendency of the Yankee fan base to revel in the past glory of the franchise, they also showed the general exuberance of the crowd. All of these fans had been itching to wear those jerseys for months, for exactly this event.

Before the game, the public address announcer introduced all of the players and coaches for both the Yankees and the visiting Toronto Blue Jays. During the national anthem, 75 West Point cadets unfurled an enormous American flag in the outfield. Finally, immediately prior to the beginning of the game, former Yankees manager Joe Torre threw out the ceremonial first pitch, and the season was officially underway.

In the first inning, the Yankees fans began their traditional “roll call,” in which they chant the name of each individual Yankee on the field. In this particular case, the fans made an exception to chant for much-maligned designated hitter Alex Rodriguez, who was not on the field at the time. Each player acknowledged the chant with a tip of their cap or a wave, and youthful enthusiasm was abundant throughout the players and the fans.

The fans’ exuberance quickly evaporated when Yankees’ starting pitcher Masahiro Tanaka, returning from a length rehab after an elbow injury, gave up five runs, four of which were earned, in the top of the third inning. Meanwhile, the Blue Jays’ starting pitcher Drew Hutchison stymied the home team’s bats.

Rodriguez was one of the few bright spots for New York, drawing a walk in his first plate appearance before hitting two sharp line drives to right center field, one of which dropped in for a single. Returning from a yearlong suspension for steroid use, Rodriguez is one of the most reviled figures in today’s sports world. Nevertheless, he was greeted with loud ovations each time he stepped to the plate. On Opening Day, there is no room for antagonism or boos.

The outcome was never in doubt, and the Blue Jays eventually closed out a rather uneventful 6-1 victory. Still, the day was special; I was thrilled to see green grass and listen to the corny sound effects of the stadium’s audio system. It was exciting to hear the sound of stadium vendors, peddling their wares at exorbitant prices. It was even more exciting to know that those sights and sounds would be a daily occurrence for at least the next six months.

Opening Day is more than just the beginning of the season in the same way that baseball is more than a game. It is a sport that captivates the imagination and elicits positive memories of childhood and relaxation. For this reason, even in an era of decreasing attention spans and increasing technology, baseball will continue to thrive. 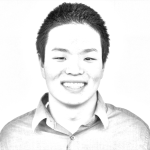 Tyler Park is a freshman in the College. He is a deputy sports editor for THE HOYA.