Standing at 5 feet 11 inches with a long stride and a muscular frame, retired U.S. soccer star and two-time Olympic gold medalist Abby Wambach has an immediate presence in any room she enters. But as she walked across the stage at the 2016 OWN IT Summit on Saturday morning, perhaps the only presence in Gaston Hall larger than Wambach’s was that of the elephant in the room.

In the early hours of Sunday, April 3, just one week before she was scheduled to give the keynote interview at Georgetown’s OWN IT Summit, Wambach was arrested in Portland, Ore., and charged with a misdemeanor DUII — driving under the influence of intoxicants — after leaving dinner at a friend’s house.

For those who have looked up to Wambach as a role model during her decorated and spotless career, the headlines announcing Wambach’s arrest on Sunday morning seemed like just another swift, brutal and cynical reminder that even the brightest of stars can burn out. But that did not make the incident any less shocking or disappointing.

On Sunday afternoon, Wambach took to her Facebook page and issued an apology.

“I take full responsibility for my actions,” Wambach wrote. “This is all on me. I promise that I will do whatever it takes to ensure that my horrible mistake is never repeated.”

In the remaining days before the summit, I waited anxiously for the news that either Wambach had cancelled her appearance or that OWN IT had disinvited her. Rumors circulated that other speaking engagements Wambach planned around the country and in D.C. were no longer happening. MINI USA, which featured Wambach in a Super Bowl commercial in early February, announced it was pulling Wambach’s advertisements and re-evaluating its relationship with the former athlete.

OWN IT shared Wambach’s apology to its Facebook page, stating the organization appreciated her apology and was still looking forward to hearing her speak at the summit. I woke up early Saturday morning and waited in line to see Wambach speak, curious as to how she would handle one of her first public appearances in the wake of the incident.

Wambach, recipient of OWN IT’s annual award, sat down with co-anchor of “CBS This Morning” Norah O’Donnell on stage in Gaston Hall and immediately addressed what was on every attendee’s mind.

“I’ve been embarrassed and ashamed, and the thing about it is: Life is tricky. It’s not easy, and you guys might think that because I play on the national team — I played on the national team, I’m still working on the past tense — that I’m a superstar and whatnot, but this is actually a really good lesson for all of you,” Wambach said. “No matter what, you guys are going to become our next leaders, you guys are going to become the next thing for this country. And it’s important that you understand that no matter what you do, no matter what level you get to, you still have to put your pants on the same way every day. Everybody makes mistakes — I made a mistake — I’m ‘owning’ it.”

Wambach, a native of my hometown of Rochester, N.Y., and alumna of my all-girls Catholic high school, has always been a stable example of how women can empower each other to overcome obstacles, both on and off the field, as teammates and as allies. Her accomplishments in soccer are astounding: She has scored 184 international goals, more than any other soccer player, man or woman. She played for the U.S. women’s national soccer team for 15 years, earning a World Cup title, two gold medals and six U.S. Soccer Player of the Year accolades in the process.

Both during her career and in her retirement, Wambach has taken part in various philanthropic efforts, given talks to students and athletes and worked in countless ways to empower women — most recently, by offering her support to five of her former teammates on the national team who have filed a wage discrimination lawsuit against the United States Soccer Federation.

For a large portion of my childhood, Wambach was a larger-than-life idol to me and to countless other young girls with big dreams. But within mere hours on a Sunday afternoon, the pedestal I put her on for years came crashing down. Not all the details of the incident have been released to the public, but it is clear that Wambach made a monumental error in judgment — one that endangered others and constituted grounds for an arrest.

Last Tuesday, Wambach’s legal counsel entered a not guilty plea on her behalf in the Multnomah Circuit Court in Oregon, and Wambach is scheduled to make a court appearance later this month for a potential change in her plea. Many people on social media have criticized her legal actions, arguing that a not guilty plea undermines her “owning” her mistake. But in Oregon, judges urge defendants to enter not guilty pleas in order to give them time to fully review their cases with legal counsel. Wambach is simply following a standard procedure that allows her to make well-educated and legally sound actions.

Wambach wavered in judgment, and her DUII charge has undoubtedly tarnished many fans’ views of her, but not once has she deflected blame from the situation or hesitated in apologizing for her actions. In a way, Wambach is more accessible as a role model to me now than she was when I was younger.

I am a college student with an uncertain future, over one decade removed from the 10-year-old with Olympic-sized dreams that I was when I originally started following Wambach’s career. Some of my goals have changed, and others I have let go. I have seen countless celebrities and role models that I previously looked up to fall from grace — some have taken responsibility for their actions, and some have not. But as Wambach pointed out on Saturday, while making mistakes is inevitable, owning up to them is a choice.

“As a human being, you make mistakes. It’s never about what you do in terms of that mistake, it’s about how you handle it,” Wambach said.

Wambach’s admittance of her wrongdoing will never reverse her actions, but it will also never reverse all the incredible feats and accomplishments she has made as a soccer player and as an ally to other women. There is no better way to encourage other women to be responsible and take control of their futures than by owning it. 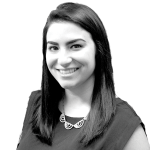 Elizabeth Cavacos is a junior in the College.