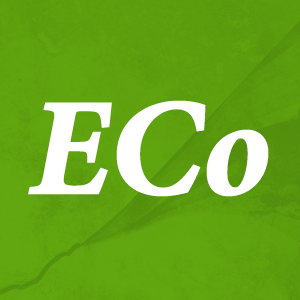 On this episode of “Community Corner,” multimedia staffer Amna Shamim (COL ’25) sat down with Dr. Peter Marra, the director of the new Georgetown University Earth Commons, to discuss more about what this institution means for Georgetown.

Aiming to educate students about the environment and sustainability, Dr. Marra talks about the importance of approaching these issues through an educational approach and building degrees within this subject area in addition to the three most important pillars that makeup the three commons: education, research and action. Tune in for more!

AS: Hey Community Corner! My name is Amna Shamim, and for this week’s episode, I interviewed Dr. Peter Marra, the director of the new Georgetown University Earth Commons, or ECo for short, about what this institution means for Georgetown. Here is our conversation. Take it away Dr. Marra!

PM: Sure! My name is Pete Marra and I am a professor in biology — the Laudato Si’ Professor in Biology and the Environment— and I’m also Director of the Earth Commons, a new Georgetown University institute for environment and sustainability.

AS: So, how did the Earth Commons form?

PM: Well, it started millions of years ago, actually.

No, not really. I got here around two-and-a-half years ago, and I was at the Smithsonian institution before that for over 20 years. Most recently, I was the director of the Smithsonian Migratory Bird Center for a bunch of years, doing research on birds, both fundamental research as well as applied research, trying to understand why so many species are declining around the world, mainly in the Western hemisphere, species of birds that are disappearing before our very eyes. And when the opportunity popped up to build something at Georgetown in environment and sustainability, the idea of creating degrees for us to train the next group of environmental champions to put out in the world, whether they are undergraduate students or graduate students, to build research capacities to take on some of these challenges, similar to what I was working on with birds, but not just around biodiversity, but trying to think about food and water security issues, sustainability issues, environmental justice issues, you know, to bring together a group of people around these issues, around education and research, but also action and service globally, I jumped at the chance.

And so I came to Georgetown, started to assess the landscape, and realized there are actually quite a few really talented people here, doing the work that we need to be doing, we just needed to sort of, package it a little differently. And not only that, the student population was so hungry for more things around [the] environment and sustainability, regardless of whether they were in business, in SFS, and law, people cared about the environment. Or humanities and the arts. It was exciting to think about the creative packaging that needed to be put together to start to sort of think about a space, a community, to capture that. The other thing I didn’t want to do was create another silo that would stand alone and would not have open doors, would not have open walls, would not be welcoming, would not have the inclusive approach that I really wanted to build. So, the whole idea of the Common Home was something that the Pope and Laudato Si’ really pushed forward. It’s something that we really thought a lot about, from economics literature, from so many different perspectives. And the Earth, by its very nature, is a common home, it’s a commons, and so we came up with this name the “Earth Commons,” and the shorthand is ECo, the ECo institute. It all just seemed to come together as if the puzzle pieces were in front of us the whole time, we just had to open our eyes and start to put it together. It was natural. We created this magazine, the Common Home, which is a student-run magazine, that really starts to capture us— our literature, our science, our sustainability, our efforts, in a single place. It was almost magical how it sort of just came together.

PM: It wasn’t just me, there were a lot of really smart people that came together to do this.

AS: That’s great! So you mention the kind of work we need to be doing, and you also touched on the interdisciplinary aspects of the institution, so what exactly is the goal of ECo?

PM: So, I’ve been thinking about the goal; there are three real goals. We’re leading with education. To me, by teaching people like you, undergraduate students and graduate students, about the environment, the importance of the environment, whether you go on into journalism or go on into hard science, or you go on into literature, having that appreciation. So, to me, when a bird flies by you think “Wow, that’s a house finch. That’s really cool. I love that animal,” or you think “How do I think about waste water in my community,” or whatever the environmental issue is that you think about, or whatever your job is, I want you to be thinking about environment and sustainability, so we’re changing things moving forward.

Starting off with an educational approach, so we’re building those degrees, is really fundamental, so an undergraduate degree around environment and sustainability is really a big part of what we’re building: master degrees, PhDs, postdocs. And in order to do that, it’s critical that we bring on the faculty. New faculty and existing faculty, but the talent that are there for inspiring people, to think about these things, to teach you about these things, and to do it in ways that are experiential. So you’re not just in a classroom learning these things, you’re actually doing it. You’re actually working on this scholar’s research program. And in doing that, you’re learning about how to ask a question, how to answer that question, how to do the background research, how to implement this issue, whatever it happens to be. This is how we learn the best, by actually doing. And so, we’re creating this innovative program around education first, but by doing that, we’re building the research and we’re also building the action.

And so, those are the three pillars that make up the Earth Commons: the education, the research, and the action. And there’s lots around that that support it, whether it’s the really innovative science communications, or it’s a sustainability farm and garden, so we’re teaching about food and water security. Or perhaps it’s a biodiesel app, so we’re teaching students about how we use wasted oil from restaurants in D.C. and turning that into fuel.  There’s a way to do that, and soap. Or it’s a different kind of farm, it’s an alternate energy farm, where we’ve got solar panels up, teaching students about the engineering of solar panels. So, these are the things we’re trying to create and trying to build, but it all starts with education of the undergrads.

AS: Great, yeah, that’s really interesting. You mentioned a lot of really cool projects. Are there any projects you’re currently working on that you’d like to share? Or any cool science you’d like to share with The Hoya and the Georgetown community?

PM: Well, I’m off to Jamaica next week! I’ll talk about my own science, since I don’t get to talk about that very much anymore. My own science is on birds, I really do all I can to spend my time in nature. That’s my happy place. So, next week, I go to Jamaica, on March 9th, for a few days to my field site. I’ve got a crew down in Jamaica for about five months every year. I’ve been doing that for over 30 years. And I’ll go down to spend some time in the mangrove swamps. We have study sites on the southwest coast of Jamaica, near a town called White House and Black River. I’ve got a postdoc and a grad student from Georgetown down there, and another grad student from Ohio State University, and a couple Jamaicans that always come in the field with us. And we’re studying birds: we catch them, we band them, we put tracking devices on their backs so we can figure out where they migrate. They’re migratory birds that spend the non-breeding season, the winter, in Jamaica, in places like this mangrove swamp and the neighboring scrubby habitats, and then they migrate up to the U.S. and Canada where they breed. Figuring out how they get there, where they go, how fast they fly, that’s one of the biggest mysteries that we’re trying to uncover. Anyway, we’re studying them down there, and I’m really excited to go down there to get back in the field and spend some time in the woods.

AS: That’s really cool! Is that what inspired the Marra Lab in ECo?

PM: Yeah, I mean that’s part of ECo, that’s part of it, but I’m hoping we have— right now we’re hiring five different faculty that are each doing really interesting work, and so that expansion of that research within ECo institute will happen over the next few years as we build out the various research programs that are unique to the researchers/faculty that are there, as well as the faculty that are already here that do the environmental work. We want to make that a really inclusive group.

AS: Great, so as you said, it starts with undergrads, so what are some of the ways students can get involved in both ECo and climate action in general?

PM: There’s all sorts of ways. Within the Earth Commons institute, we had nine interns this year working on various different projects, whether it’s being an editor of Common Home magazine— I think that was a remarkable experience for this year’s editors— to just working in ECo institute on various projects that we have going on. We have two seniors this year, one of which is going to stay on next year as a full-time employee. In fact, we’ve got this post-bac program that I’ve created where we’re going to keep on two or three undergrads after they graduate for a full year so they can dive much deeper into a different topic or a different area, whether it’s helping to develop the undergraduate degree, or think about the arts and humanities piece that we’re going to be building out, or helping think about the various living labs we’re creating. The other thing I would encourage people to think about is the Office of Sustainability, and we’re working really closely with the Office of Sustainability, and there’s lots of intern opportunities there as well, if you’re interested in working in things on campus, or maybe even in the emerging downtown campus from an operations and facilities sustainability perspective. I think there’s enormous opportunities there as well.

AS: Well folks, you heard it here first. If you’re interested in anything related to climate change or climate action, whether it be business, law, the natural sciences, humanities, Earth Commons has something for you. If you’re interested in learning more than we discussed on the podcast, you can always check out www.earthcommons.georgetown.edu. I’d like to thank Dr. Marra for taking the time to speak with The Hoya. And that’s all for this week, folks. Thanks so much for tuning in.

This podcast was recorded and edited by Amna Shamim, and produced by Mia Rasamny.