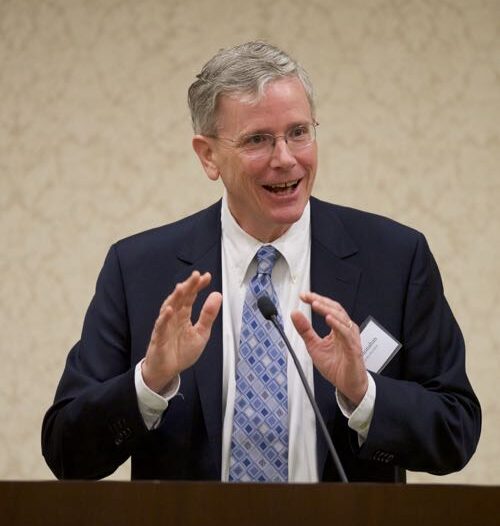 Communities must unite in solidarity to protect one another during the global COVID-19 pandemic, a panel of health experts and Catholic leaders said in a Facebook Live event Thursday.

COVID-19, a respiratory disease caused by a new coronavirus strain, has impacted 199 countries and territories, with a global death toll of over 33,000 people. The United States is now leading in confirmed cases, with 138,908 infected individuals and more than 2,000 deaths as of Sunday. In an effort to reduce the spread of the disease, 26 states and several cities and counties have issued shelter-in-place orders requiring people to stay home, with exceptions for businesses such as pharmacies and grocery stores.

The collective agreement to restrict individual freedom for the benefit of human society relates to the Catholic Social Teaching of solidarity, according to panelist John Monahan, senior advisor for global health to the president of Georgetown University.

“It’s a moral tradeoff if we’re constraining individual freedom and rights on behalf of doing something that is going to benefit the public good or actually benefit people that you’ll never know,” Monohan said. “In my mind, the notion of solidarity that comes out of Catholicism is really powerful, and I would argue that it’s a moral frame that we can bring to public life.”

The mobilization restrictions imposed by state governments have impacted the economy on national and global levels. The number of people filing for unemployment in the United States hit a record high of 3.28 million as of March 21, nearly five times more than the previous record of 695,000 set in 1982, according to BBC. With the vast majority of restaurants closing temporarily and laying off their employees, workers in the food and beverage industry are among the most financially vulnerable, according to NPR.

Panelist Reyna Guardado, a Salvadoran immigrant, opened Guardado’s Restaurant in Bethesda, Md., in 2007. During the COVID-19 outbreak, Guardado and her husband were forced to temporarily shut down the Spanish and Latin American restaurant and lay off employees — many of whom have young children or live with older parents — according to Guardado. With the recent support of their customers’ takeout orders, however, Guardado reopened the restaurant for takeout and rehired four of their employees.

The restaurant also introduced new safety precautions to protect the health of employees and customers, according to Guardado. The decision to reopen for takeout largely stemmed from a hope of providing safe work opportunities for employees.

The event, titled “Catholic Social Thought and the Coronavirus Crisis: Moral Principles for Terrible Times,” was hosted by the Georgetown Initiative on Catholic Social Thought and Public Life on March 26. Other panelists at the event included nurse and former President and CEO of the Catholic Health Association Sr. Carol Keehan and Jesuit priest and physician Fr. Myles Sheehan, S.J.

On Friday, the U.S. House of Representatives passed a $2 trillion coronavirus economic stimulus bill that was introduced and approved by the Senate on Wednesday. The bill, which is intended to keep businesses and individuals affected by the crisis financially compensated, will give an estimated $560 billion to citizens through individual checks, according to NPR.

While the bill provides individuals with some financial income and extends insurance benefits and eligibility, there is still more to be done to ensure that people are financially compensated, according to Monahan.

“This bill made some very important improvements in unemployment insurance in terms of making more people eligible and extending benefits, and it also provided direct payments to individuals,” Monohan said. “But the bottom line is that we’ve got a long way to go to have a system that’s gonna help people.”

The stimulus package also includes a $100 billion allotment for hospitals, $11 billion for diagnostics, treatments and vaccine research and $1.32 billion in funding for community health services.

With healthcare workers being one of the few professions to continue working in the field, people must recognize the risks that medical workers face everyday, according to Keehan.

Global citizens should remember the current measures taken to find a vaccine and prevent the virus from spreading, in order to better apply the strategy to future crises, according to Sheehan.

“I think we really need to look at how we look at the next time this happens so people are not put into such terrible situations,” Sheehan said. “We really need to figure out what we will do better for the future and how in particular we need to mobilize.”