“Colette” breathes new life into the period costume drama, telling a scandalous true story that will fascinate today’s viewers in the same way that the French novelist Colette’s work once rocked Parisian society at the turn of the century.
The film tells the story of French novelist and actress Sidonie-Gabrielle Colette–played by Keira Knightley–whose female coming-of-age stories scandalized, enthralled and moved a generation of readers. Colette marries writer and society dandy Henry-Gauthier Villars, known publicly as Willy, played by Dominic West; he convinces her to write her school stories as a ghostwriter under his name. 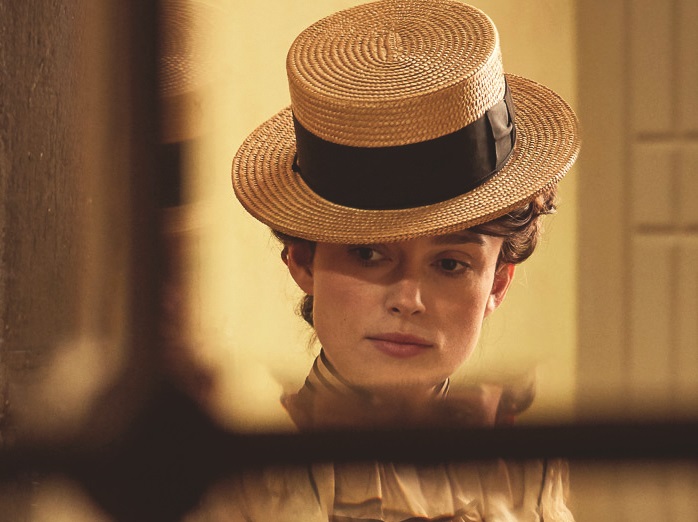 When her novel “Claudine à l’école” becomes the toast of Paris, Colette and Willy’s marriage falters under the strain of his reckless infidelities and focus on capitalizing on the nation’s obsession with the book. Simultaneously, Colette begins to drift from her husband, forming romantic connections with a bored American socialite and noblewoman who defied the period’s gender conventions and inspired Colette to do the same.

Wash Westmoreland’s direction looks at the story as one part classic period biopic, one part exploration of a woman’s journey toward sexual and personal liberation at the beginning of France’s cultural revolution. He uses the trappings of a period costume drama, a drama set in a specific historical period, effectively to contrast his heroine’s more modern sensibilities with the constraints of her time.

Westmoreland co-wrote the script with Richard Glatzer, his late husband and collaborator on several films including “Still Alice,” as well as Rebecca Lenkiewicz of “Disobedience,” who joined Westmoreland to finish the film after Glatzer’s tragic 2015 death to amyotrophic lateral sclerosis, or ALS.
The change in writers helps explain some of the tonal disparities within the film. The first half of the film is a tightly constructed narrative, showing the development of Colette through her marriage and burgeoning career. The dialogue is sharp, with every joke landing with ease and the darker moments of drama hitting just as hard.

Near the middle of the film, however, the story loses steam. Moments that should enrapture the audience feel tedious, and the quick-witted exchanges give way to sentimental monologues and romanticized bouts of expositing. While the shift in tone fits with the story arc, the execution falls short. The end, though, returns to form, with an emotional conclusion that leaves the audience moved and inspired.

Throughout the entire film, Knightley brims with unrelenting passion simmering just below the surface as Colette. “Colette” follows the heroine’s transformation from an unsatisfied country girl to a fully realized artist, and Knightley follows her character through each phase of her life with ease and grace.

West plays the shallow, fun Willy with a bubbly air. The character of Willy has very little substance, but West imbues the histrionic society star with humanity where others may have coasted on the clever one-liners and fits of drama. West has some of the best lines in the film and delivers each with expert timing, causing the audience to roar with laughter. His portrayal of mercurial temper colors Willy with a childishness that makes him equal parts loathsome and likable, a difficult mix to pull off were it not for West’s singular talent. His chemistry with Knightley further sells the attraction between these mismatched individuals.

Eleanor Tomlinson gives a far too brief but memorable turn as Georgie Raoul-Duval, an American socialite in Paris, who simultaneously engages in affairs with both Colette and Willy, culminating in a clever montage showing the concurrent trysts and webs of lies used to orchestrate the infidelity. Her vivacity and mostly believable accent make viewers wish she played a more integral and extended role in the film.

The one weak link in the cast was Denise Gough, who played Colette’s longtime love Mathilde de Morny, typically known as Missy. Gough’s subdued performance felt dull and lifeless compared to her co-stars’ bold and dynamic personalities. The fault does not rest entirely on Gough, however, as the script does her no favors. While Colette, Willy, Georgie and other supporting actors are given exciting and complicated characters to work with, Gough is not afforded the same luxury. Missy is kind and supportive, with hints of a deeper struggle due to her complicated relationship with gender and sexuality that is ultimately left unexplored. Most of her characterization is as a supportive partner for Colette, which, while a welcome change for the mistreated Colette, does not make for an interesting character.

Viewers expecting a classic period costume drama should be warned that there is a substantial amount of sex and nudity in the film. “Colette” in many ways follows its eponymous character’s sexual awakening alongside more personal self-discovery. While the love scenes can be graphic, none feel gratuitous; each scene serves a greater purpose in the development of Colette or Willy, showing the audience a new side of these characters and how they have changed.

Andrea Flesch’s costumes are both beautiful and integral to the storytelling. Colette’s character growth is highlighted by each change in her sartorial decisions. Her clothes are a necessary part of understanding her and where she is as a character. Interestingly, she is the only character to go through any sort of stylistic change, demonstrating the growth of her character in contrast to those around her. “Colette” captures the rise of an artist with heart, humanity and wit. The film is a must-see for lovers of costume dramas, historical biopics and complex characters.