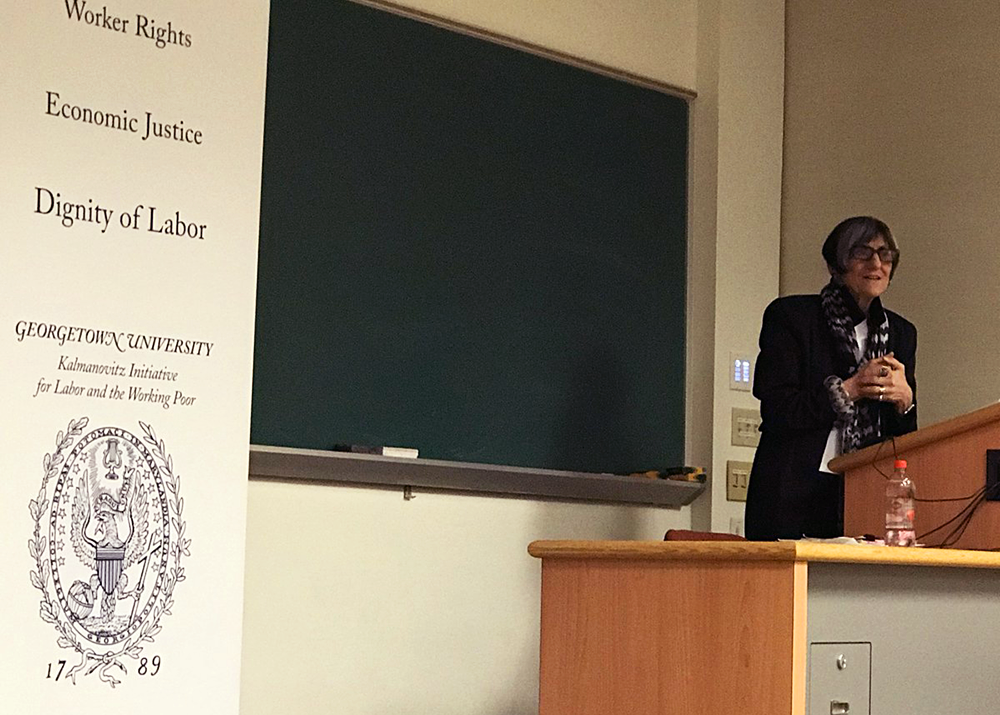 DeLauro, the U.S. Representative for Connecticut’s third district since 1991 and a founding member of the Congressional Progressive Caucus, expressed her concerns over the Trump administration’s dismantling of the Department of Health and Human Services, Department of Education, Department of Labor and Department of Agriculture.

“We are witnessing the hollowing out of our federal agencies,” DeLauro said. “In my view, this is a fundamental failure to govern.”

The congresswoman also warned that the administration is specifically targeting social safety net programs such as Medicare, Medicaid, social security and unemployment compensation.

“Social safety net programs make sure that children are not punished for their parents’ poverty and that they do not go hungry,” DeLauro said at the event.

For DeLauro, the rollbacks of the social safety programs put vulnerable American populations at risk as they will not receive any assistance or care from the government.

“I cannot overstate the chilling effect this will have on the American public,” DeLauro said. “It’s crippling the ability of government to serve people and families.”

DeLauro noted that although social safety net programs have been threatened in the past, the Trump administration and House Speaker Paul Ryan (R-Wis.) are putting such programs at particularly high risk.

“It is, today — with President Trump and Speaker Ryan — the most massive assault on the social safety net that we have seen,” DeLauro said.

Support for social safety net programs was not always partisan as it is today, DeLauro said. She cited bipartisan support after World War II for programs to help Americans who had fallen on tough times.

“When it came to these programs, real leaders on both sides of the aisle put people in need before politics,” DeLauro said. “There were men and women who understood why they were elected to the United States Congress.”

Following the election of former president Ronald Reagan in 1980, however, tax cuts created a deficit that laid the groundwork for the current administration’s stance on social safety net programs, according to DeLauro.

“Today, the tax bill that was passed sets the stage for Speaker Ryan and President Trump to slash the very social safety net programs that were once met with bipartisan support,” DeLauro said.

DeLauro said that the Republican tax reform bill signed into law by Trump last December, which lowered the corporate income tax by 14 percent and the top individual income tax rate by 2.6 percent, prioritizes the wealthy over social programs.

“This is the ugly truth of the Republican tax law — giving money to the wealthy through tax cuts — and they’re going to gut the programs that help hardworking Americans,” DeLauro said.

Rather than looking for ways to decrease the gender wage gap or increase protections for working-class families, the Trump administration is looking to make it more difficult for the working class to access services that could help them, DeLauro said.

Instead of harming women and the working class, DeLauro said, Congress should be hoisting them up.