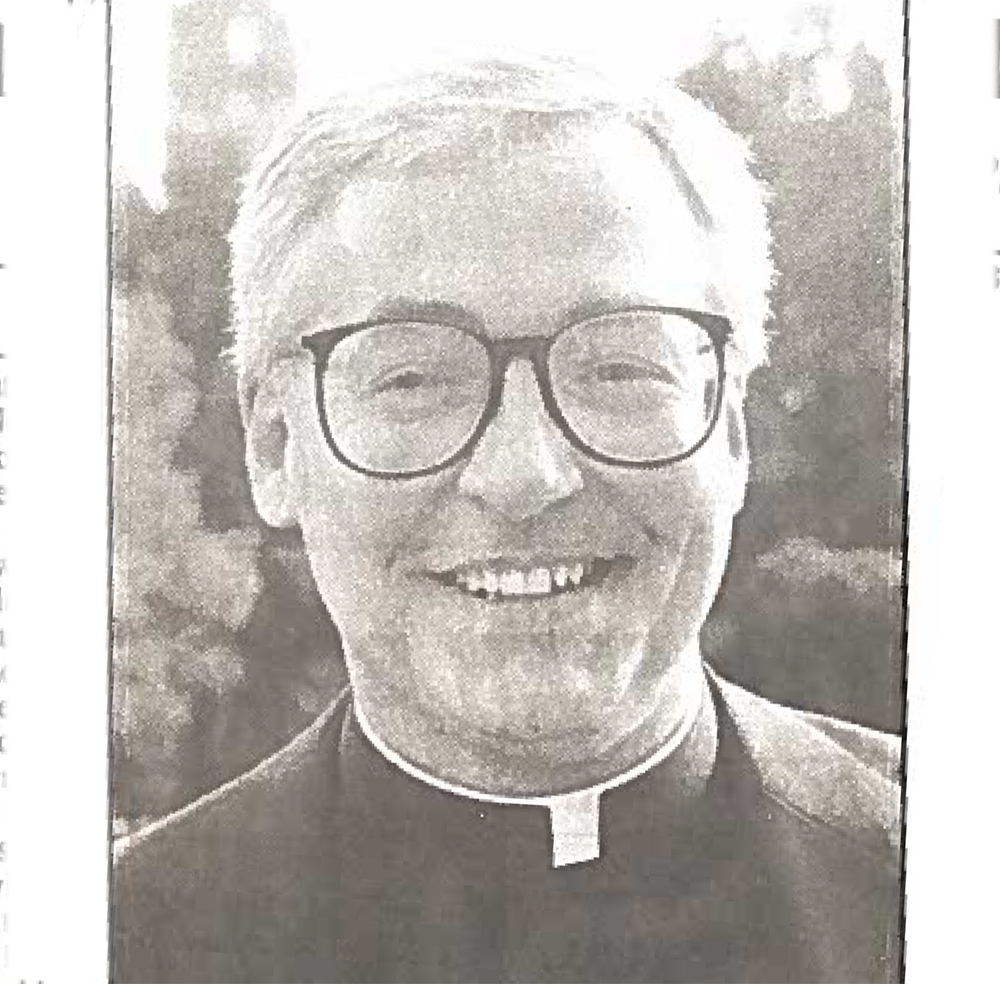 Former Jesuit priest Bernard Knoth was a fondly remembered high school principal in Indianapolis, a beloved chaplain-in-residence and administrator at Georgetown University, and an esteemed university president at Loyola University New Orleans. Until a credible allegation of sexual abuse of a minor surfaced in 2003 from a former student at that Indianapolis high school, most who knew Knoth regarded him as affable and devoted.

Knoth, who was removed from the priesthood at his own request in 2009 after the first sexual abuse allegation against him was reported, made public and deemed credible by church authorities in 2003, worked at Georgetown from 1990 to 1995 as an assistant dean in the College, a professor of education and a chaplain-in-residence for freshman students in Darnall Hall.

In 2000, while serving as Loyola president, Knoth, now 70, was considered for the Georgetown presidency, Knoth said in a statement to Loyola’s student newspaper, The Maroon, at the time.

Georgetown has not publicly acknowledged Knoth’s connection to the university since the first allegation against him was made public in 2003. The university was not aware of the allegations against Knoth until the Midwest Province’s report 15 years later, a university spokesperson said in an email to The Hoya.

Knoth was first accused of sexual abuse of a minor in 2003, when a former student at Brebeuf Jesuit Preparatory School in Indianapolis reported a 1986 incident of misconduct to the Chicago Province of the Society of Jesus, now the Midwest Province. Knoth was the school’s principal at the time of the alleged incident. The Chicago Province reported this allegation to the Marion County Prosecutor’s Office two days after Knoth’s 2003 resignation, according to a spokesperson for the Midwest Province.

No criminal charges have been filed against Knoth, according to a spokesperson for the Marion County Prosecutor’s Office.

In addition to working as a dean in Georgetown College, Knoth taught an interdisciplinary course called “Education in America” during the spring 1993 and spring 1994 semesters. He also lived in Darnall as a chaplain-in-residence from 1991 until 1994.

Knoth had a positive reputation at Georgetown after his five years at the university. When he left for Loyola in 1995, many were sad to see him go, including Richard Engel (GSB ’95), who lived on Knoth’s floor his freshman year.

“He’s the ideal Jesuit as far as dealing with the students go,” Engel said in a 1995 interview with The Hoya. “He’s well-rounded; he’s not just a teacher or administrator.”

Now, nearly 25 years later, Engel expressed surprise at the allegations and disappointment in his former mentor.

“There was nothing that raised any kind of suspicions or red flags of any sort whatsoever,” Engel said in a phone interview with The Hoya this week. “He was genuinely a nice person to talk to and didn’t make you feel that anything was out of sort.”

Though the Midwest Province has received multiple allegations against Knoth, neither the province nor the Indianapolis archdiocese has disclosed any information about the number of people who reported allegations, their identities or the nature of the alleged abuse.

Knoth requested a leave of absence from the Jesuits immediately after the 2003 allegation was deemed credible; he asked to be dismissed from the priesthood in 2009, according to the Midwest Province. The province did not comment on any disciplinary processes that took place internally during this six-year period.

Knoth’s status as a layperson was first made public in October 2018, when he was named on a list of clergy credibly accused of sexual abuse of a minor released by the Archdiocese of Indianapolis. By policy, the Midwest Province does not ordinarily disclose when a Jesuit is laicized, a provincial spokesperson wrote in an email to The Hoya.

The Midwest Province is not in contact with or monitoring Knoth, according to the provincial spokesperson. Knoth did not respond to multiple requests for comment.

In 2007, Barbara Blaine, then-president of advocacy group Survivors Network of Those Abused by Priests, noted the danger in leaving Knoth unmonitored.

“For the Jesuits to allow a known child molester to live without any kind of monitoring or treatment sets up children for abuse,” Blaine said in an interview with the Chicago Sun archived by Bishop Accountability, a website dedicated to aggregating all priests accused of abuse.

Knoth was removed from active ministry in October 2003, which stripped him of the ability to perform Mass, pursuant to church procedures adopted by U.S. bishops of the Roman Catholic Church in 2002, according to The New York Times.

Per Loyola’s bylaws at the time, which required the president to be a Jesuit in good standing, Knoth had no choice but to resign Oct. 7, 2003. He denied any inappropriate conduct in a personal statement to the Loyola community that day.

Knoth received an outpouring of support from the Loyola community in the wake of his resignation, according to the Times-Picayune, a local New Orleans newspaper. University leadership, including Fr. William J. Byron, S.J., acting president in Knoth’s absence, called on the community to pray for Knoth, as well as for survivors of sexual abuse.

Students, faculty and clergy on campus used prayer vigils and submissions to The Maroon to express their sorrow, disbelief and even anger, convinced Knoth had been falsely accused.

“I believe that rather than focusing on what may or may not have happened in 1986, we should focus on what a good man Father Bernard Knoth was for Loyola University,” Kathleen Goodrich, then a junior at Loyola, wrote in an op-ed in The Maroon. “He committed himself completely to the betterment of the student body, and his presence as a leader and a friend will be sorely missed.”

An affable personality can make abusive priests hard to spot, according to Garnett Bedenbaugh, the New Orleans leader of SNAP.

“The exterior that they’re displaying may have nothing to do with their undercover activities,” Bedenbaugh said in a phone interview with The Hoya. “They can be well-liked by people; that doesn’t mean it’s not a credible charge against them. It’s which face you want to put on.”