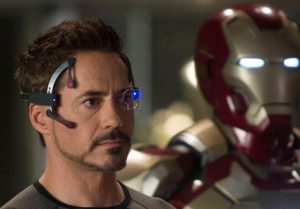 There are few better ways to escape the intense summer sun than to slip into an air-conditioned movie theater and lose yourself in someone else’s life. With the summer movie season upon us, it’s time to consider what films will most likely give you the most bang for your buck. This year — like last summer — is full of sequels and superheroes, with a few zombies and monsters thrown in for good measure. Here’s the rundown:

The month opened with Iron Man 3, which, if you’ve neglected it thus far, you need to go see as soon as possible. Robert Downey Jr.’s Tony Stark carries a smart film that’s adventurous and witty — an action film at its best. Last week, The Great Gatsby was released, and it’s either fantastic or terrible, depending on which person you ask. Reviewers do agree that it’s visually pleasing, and the soundtrack, produced by Jay-Z, is inspired.

This weekend gives us J. J. Abrams’ follow-up to 2009’s Star Trek. The most devoted Trekkies have expressed concern that the trailers for Star Trek Into Darkness look too action-packed; at its best, they believe the series is more about camp than action. Benedict Cumberbatch — best known for his inspired portrayal of the title role on BBC’s “Sherlock” — looks absolutely terrifying as the film’s mysterious villain, and if Chris Pine and Zachary Quinto can rekindle the chemistry as Kirk and Spock that brought the first film to life, then we should have another great film. Check out our review here.

In the unnecessary sequel department, we have The Hangover Part III and Fast and Furious 6. At least Fast Five was strangely enjoyable; The Hangover Part II was an uninspired rehashing of the original, the kind of film that is obviously fuelled solely by a desire to make money. I doubt they found a compelling story for the third try.

The sixth month of the year brings two very different zombie flicks: This is the End and World War Z. The former includes many of my favorite celebrities, including James Franco, Seth Rogen, Michael Cera, Mindy Kaling, Aziz Ansari, Emma Watson, Paul Rudd and Rihanna, playing fictional versions of themselves during the zombie apocalypse. The film’s trailers and interviews with Rogen — who co-directed and co-wrote the movie — have left me with the impression that in typical Rogen fashion, the humor will be vulgar, but that doesn’t mean it won’t still be funny. World War Z adapts the 2006 novel of the same name and tells the story of the zombie apocalypse through first-person accounts. Praised for innovation and reinventing the genre, the book set a high bar that many are skeptical the movie, starring Brad Pitt as a UN worker looking to cure the outbreak, can actually live up to.

Speaking of lofty expectations, the Christopher Nolan-produced Man of Steel will have to overcome those later in the month. You may have already forgotten Superman Returns from 2006, which was a commercial and cultural disaster. Warner Bros. is trying again, looking to create for Clark Kent the angst-ridden, interesting back-story it did for Bruce Wayne. I’m skeptical that they’ll be able to match Nolan’s Batman trilogy, though.

Pixar’s 2013 Monsters University looks a lot better than I thought it would when I first heard of the idea. We’re looking in on Mike and Sully — the most adorable monster bromance ever — at the start of their friendship during their freshman year of college.

Speaking of follow-ups to awesome animated films, Despicable Me 2 is coming. The original had Steve Carrell voicing Gru, the supervillian with a heart of gold, who forms an unconventional family with three sassy little girls and his adorable minions. Gru is recruited by the Anti-Villain League to help them take down a baddy, and if the same light-hearted shenanigans from the first film return, it should be a good time.

There is no chance, however, that The Lone Ranger will be a good time. The film is based on a western TV series from the 1950s about the Lone Ranger and his Native American sidekick Tonto as they fight for justice. In the film adaptation, Johnny Depp — who is not Native American — will be playing Tonto, who wasn’t given the most culturally sensitive portrayal even in the 1950s. How someone does not think it’s offensive to dress Depp up in redface for a film is beyond me.

I’m also highly suspicious of The Wolverine, the next film about the iconic X-Men character. You might remember 2009’s X-Men Origins: Wolverine, which was so bad they stopped a planned series of Origins films. But since then, we’ve seen X-Men: First Class, which was fantastic. Hopefully, this new film has been influenced by some of that movie’s magic.

Elysium, director Neill Blomkamp’s second feature film after District 9 has me both excited and cautious. The film stars Matt Damon in a dystopian future where a ravaged Earth is left for the poor, while the rich literally float above it on a satellite called Elysium, enjoying competent healthcare and other amenities. This will either be awesome or not.

The season closes out with one final super sequel: Kick-Ass 2. The original was an extremely violent romp that worked because it was witty and different; based on a comic book much more obscure than “Batman” or “Captain America,” the film was able to set itself apart from the other films because of its irreverence and unique, nerdy charm.

Only time will tell which of these films lives up to the hype. Be sure to check in at The Hoya online to see our reviews of these movies and more all summer long.

Writer for the Hoya