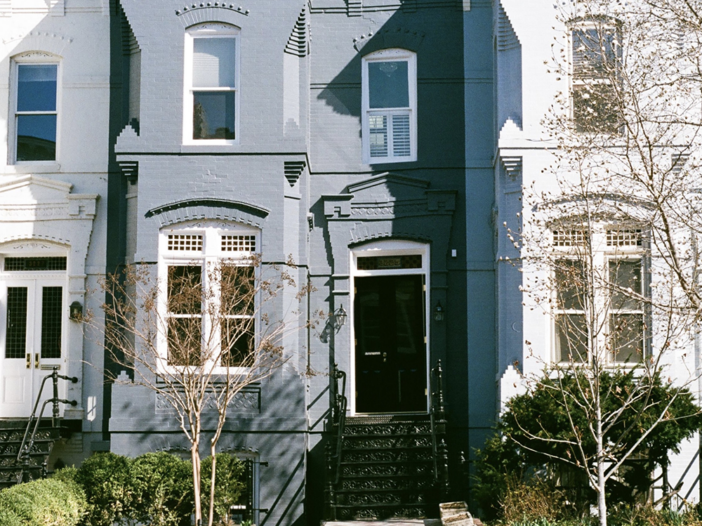 With their fall plans thrown into disarray by the COVID-19 pandemic, some Georgetown University students find themselves stuck in untenable leases for off-campus housing.

The university announced July 29 that it would host all fall semester classes virtually, reversing its original reopening plan to house first-year students, resident assistants and select upperclassmen on campus. Administrators have discouraged students from renting out apartments in the neighborhoods surrounding campus. However, many upperclassmen signed on to leases months before the university announced its fall plan, unaware what the pandemic’s impact on campus life would be.

Elisabeth Kutek (MSB ’21) signed a lease agreement for a home near campus in December 2019, hoping to move into her senior-year home in May. Kutek is unable to live at her permanent residence, where she has not lived since she started studying at Georgetown three years ago. Additionally, with an expected family contribution of $0, she relies on the university for full financial support. Kutek planned to utilize a housing fund rebate from the university to finance the rent.

After COVID-19 made landfall in the United States in January and forced Georgetown to shift classes online by March, Kutek began to worry about the financial feasibility of her summer and fall housing. She remains unsure if her new financial aid package will include funds to pay for her rent.

During the spring, Kutek lived with a friend and their family, paying a small rent before moving into her apartment in May. She bankrolled her housing expenses using her CARES Act stipend.

Since seniors are generally not guaranteed on-campus housing, the months of uncertainty surrounding the university’s fall plans put seniors with off-campus housing in a complicated position, according to Kutek.

“Do I need to find a subletter, not knowing if we’re going online? What happens if we don’t go online and I find a subletter? I wasn’t guaranteed housing [as a senior], and I wasn’t given a housing hold for senior year,” Kutek said.

Kutek is now locked into a lease she may not be able to afford with a landlord who will not offer discounts. Because of her insecure housing situation, Kutek applied to live on campus in the fall and was accepted, but she was forced to turn down her offer.

“I was searching for a subletter, and I applied for housing on campus for the fall. And I got approved for housing for the fall, but then they gave us two days to decide whether or not we were going to accept housing on campus. And like, how — like, am I supposed to find a subletter in two days? Like, that was impossible,” Kutek said. “I had no choice but to deny the on-campus housing because I definitely can’t afford to have two places at once.”

As the fall semester approaches, Kutek is unsure if she will be able to pay rent or find a subletter to relieve the financial pressure.

Student financial aid extends to off-campus expenses, and students stuck in leases and unable to return home can apply for financial support from the university, according to a university spokesperson.

“On a case-by-case basis, students with significant financial need who are unable to reverse their local housing arrangements and return to a permanent residence for remote study this fall, can be eligible for university need-based financial aid to help them meet off-campus living costs,” the spokesperson wrote in an email to The Hoya.

The process for applying for the supplemental support can be taxing on students and their families, according to Kutek. Ultimately, uncertainty about the fall still looms.

“One thing they recommended was having your parent write a letter about why you couldn’t be there, but, like, I really don’t want to have to put my mom through saying why she doesn’t have a healthy living space for me to do school work. I would really much prefer not to have to have her say those things,” Kutek said.

The university spokesperson also recommended that students reach out to the Office of Neighborhood Life, the District of Columbia Office of the Tenant Advocate or the Georgetown Student Tenant Association for support.

The Office of Neighborhood Life is responsible for advising and supporting students off campus, but it cannot arbitrate legal or contractual issues between students and their landlords. The GSTA, a student organization created in 2013 to support student renters, was last active on social media in January 2018 and was not able to be reached for comment.

Maya Moretta (COL ’21), like Kutek, also finds herself stuck with a lease she signed months ago that she might not be able to afford.

“Obviously, no one would have guessed that we would be in a global pandemic a year later. However, I have 5 other roommates. It’s not possible for one person to break a lease while others continue to live in the home. Therefore, getting out of the lease isn’t really an option,” Moretta wrote in an email to The Hoya. “Our landlord has been accommodating by giving us a discount on the rent for the summer but I don’t know if that will continue into the fall.”

Recent changes to her financial aid package published Friday have made her housing situation more difficult, according to Moretta.

“I signed the lease under the impression that my financial aid would reflect my new cost, but my aid for next semester has been virtually eliminated.” Moretta wrote. “Unless the university accepts my appeal which seems highly unlikely I won’t be able to afford to attend the school in the fall and will be required to take a semester off. I literally can’t afford to attend Georgetown with the amount of money they offered me next semester, even if I wasn’t stuck in a lease. So the fact that I’m living in this house for a semester makes it ten times worse.”