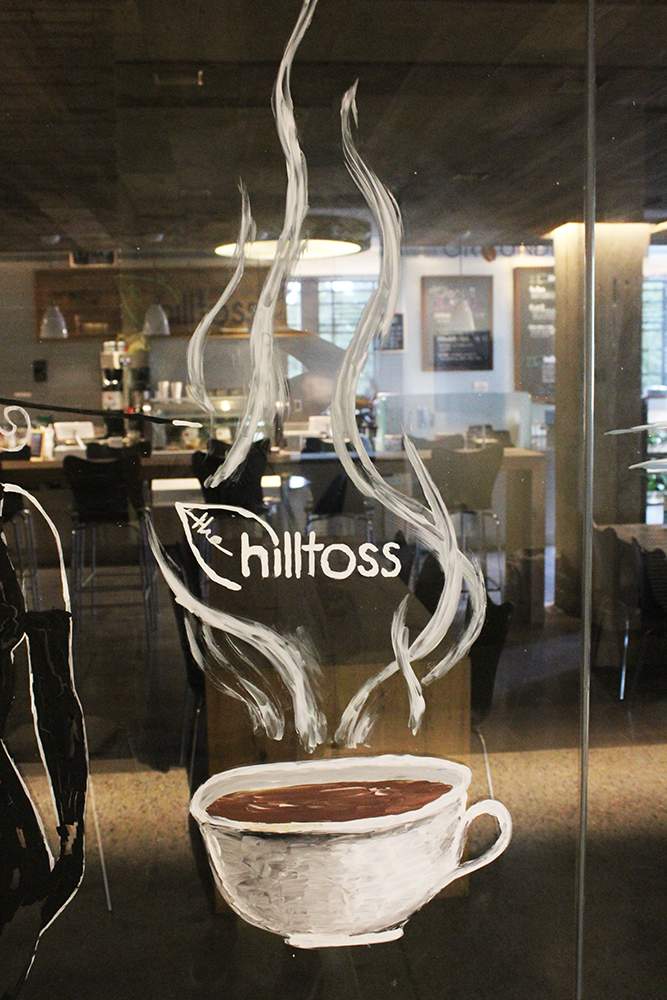 Grounded, the newest Students of Georgetown, Inc. storefront in The Hilltoss, is gearing up for a revamp this month, replacing its smoothie and acai bowl station with a new espresso bar and expanded breakfast menu by Jan. 25.

The new menu is slated to incorporate elements of staple Corp items and exclusive specialty drinks and breakfast options, according to Emily Leeser (COL ’18), director of The Hilltoss.  The improved Grounded plans to offer espresso, tea, toasts and bagel sandwiches, as well as snacks, bottled beverages, oatmeal and yogurt parfaits.

With the launch of the espresso bar, Grounded is set to remain open until 1 a.m. on weekdays, Corp CEO Melina Hsiao (COL ’18) said. Grounded currently closes at 9 p.m., according to The Corp’s website.

The Corp plans to price all new breakfast items under six dollars, with the hope of integrating the newly expanded Grounded menu with pre-existing Corp offerings, Leeser said.

“The coffee prices will be the same as at other Corp locations,” Leeser said. “We will have a different drink selection — our signature drink section will look a little bit different — but our prices will be comparable to other services.”

Hsiao said The Hilltoss will not expand its staff with the relaunch of Grounded. Instead, the current acai and smoothie shifts are now to be allocated to coffee service.

The renovation is expected to last three days — most likely over a weekend — and will preserve the same Hilltoss layout, according to Hsiao.

The Corp has contracted an external company to deal with the renovations, though the group still awaits university approval for its renovation plans and dates, Hsiao said.

The Corp decided to change the menu and offerings in response to a survey conducted about the HFSC. Patrick Ledesma, director of the student center, said the survey found that 88 percent of students supported increased coffee options within the study space.

“The majority of the students that use the HFSC actually come after 7 p.m.,” Ledesma said. “The highest numbers where we record usage in this case is from 7 p.m. to 11 p.m. [or] 12 a.m. So, you can tell that people are probably looking for coffee at night. We thought it was a good idea for somebody to serve coffee, so we gave the information to the operators of the [Bulldog] Tavern and Hilltoss, and Hilltoss this year decided to move forward with those options.”

The Corp’s upper management had been talking about this shift in service since the summer, as the group felt it was not meeting the needs of the entire student body, Hsiao said.

With the expansion of Grounded, The Corp hopes to provide late-night drink and snack options for students studying in the HFSC area when its competitors are closed.

“We hope that Grounded will become a coffee option in the morning before class, but [we] are more focused on offering coffee and espresso options in the HFSC area of campus in the evenings when Whisk and other vendors are closed,” Hsiao said.