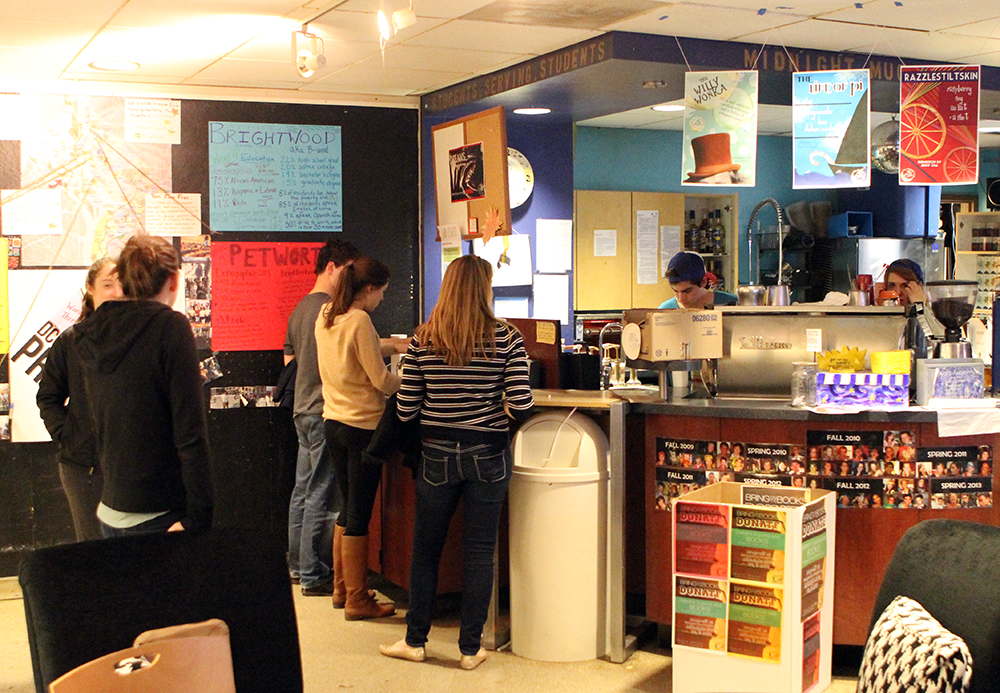 The Corp will close its three coffee services, Uncommon Grounds, Midnight Mug and More Uncommon Grounds, in a staggered schedule from Jan. 28 to Feb. 1 to accommodate an institution-wide change in coffee vendor and coffee brewing equipment.

The closed stores will allow technicians to install new coffee equipment in each store, including brewers, espresso grinders and cleaning equipment. During this time, Students of Georgetown, Inc. will also transition from its current brand of coffee, Mayorga Coffee, to Compass Coffee.

Compass Coffee, according to Moore, will cost 5 to 10 more cents per cup than Mayorga Coffee, but will also significantly increase coffee quality.

Compass Coffee, located in the Shaw area in Washington, D.C., opened in late September. The company was created by Michael Haft and Harrison Suarez, two former Marines who became passionate about coffee after meeting at Washington University in St. Louis and serving in Afghanistan together.

Since opening just three months ago, the coffee brewery has been covered widely by the press, with a multiple-part series in the Washington Post, a feature in chef Martha Stewart’s holiday catalog and a ranking on Thrillist’s list of best coffee shops in D.C neighborhoods. Compass Coffee is also served at Baked + Wired in Georgetown.

The Corp’s partnership with Compass Coffee also includes a change to the brewery’s recommended Curtis and La Marzocco brand machinery, known as the Vulcano. The Corp’s current machinery will be put in storage in case the new equipment malfunctions. Moore declined to comment on the cost of the additional machinery.

During the days the storefronts are closed, the Compass Coffee founders will train over 200 Corp employees on the proper use of the new equipment. Moore said that the equipment will lead to quicker and more efficient coffee brewing.

“Consistency and quality is how we chose the equipment,” Moore said. “We’re hoping that it will also be quicker to serve drinks. The Vulcano enables people to get the espresso ready to go in half the time it normally would have taken. … We’re hoping that will speed up the process of making drinks for our baristas.”

Moore said he expects a significant revenue loss during the days when Corp stores are closed, but declined to specify the exact loss. Despite this, Moore said that benefits of this change far outweigh the revenue loss.

“This change in general is very important to us and we hope that this is important to campus as well,” Moore said. “We’re willing to show that we can take that hit … that being said, we think that this is the plan that will help us make the best possible product moving forward.”

Moore said he is eager to receive student feedback on the new taste.

“We hope that campus will respond positively,” Moore said. “We’ve tried to stagger our different stores as much as possible, so while we know that there will complications on Wednesday, Thursday and Friday. … That being said, we hope that people will bear with us as we try to make ourselves better.”

For further coverage of the vendor switch, see Tuesday’s A1 and Friday’s Business & Technology page.