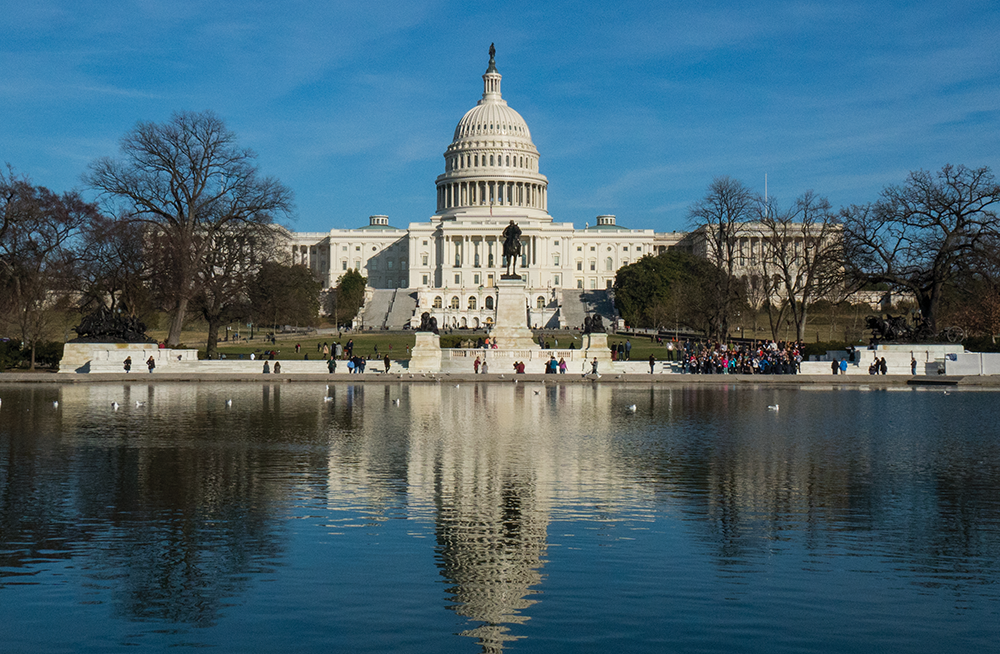 A bill that would allow 16 and 17-year-olds to vote in Washington, D.C. elections for local and federal elections was introduced in the D.C. Council by Councilmember Charles Allen (D-Ward 6) on Tuesday.

If passed, the bill would allow 16 and 17-year-old D.C. residents to cast ballots not only for local candidates, but for president and the District’s nonvoting representative in Congress. The bill would make D.C. the first municipality in the country to allow this age group to vote in all elections.

Mayor Muriel Bowser (D) has also voiced her support for the bill, according to Allen’s communications director, Erik Salmi.

Allen said it makes sense to give 16-year-olds a voice in the legal process because they already receive several important legal responsibilities by that age, including the ability to drive, work and pay taxes.

“Ironically, they pay fees to get a license plate that reads ‘Taxation Without Representation.’ I think it’s time to change that,” Allen said in an April 10 news release.

Three Maryland cities – Takoma Park, Greenbelt and Hyattsville – already allow 16-year-olds to vote only in local elections. Legislators in Virginia and New York have proposed similar legislation, but neither state has voted on the issue, according to Brandon Klugman, campaign coordinator of Vote16USA, a group that advocates voting rights for minors.

Decreasing the voting age in the District would also increase voter turnout later in life by getting people involved in the political process at a young age, Klugman said in an interview with The Hoya.

“We know that voting is a habit, and 16 is a much better time to establish that habit than 18,” Klugman said. “So if D.C. were to extend voting rights to 16 and 17-year-olds, it would go a long way to make sure that young people in D.C. vote in the first election they’re eligible for, and then establish voting as a habit and become lifelong voters and active citizens.”

In November 2015, Allen introduced a similar bill that failed to pass. This time around, Allen said recent activism among young people, particularly in the gun control movement after February’s mass shooting at Marjory Stoneman Douglas High School in Parkland, Fla., may push this iteration of the bill to success.

“It’s pretty hard for anyone to watch the events of the last couple of months and not understand the pure power and maturity of incredibly young voices,” Allen said in an April 10 article from The Washington Post.

In addition to support from several councilmembers, the bill has been backed by many local and national organizations including the Young Women’s Project, a D.C. organization working to build youth leadership through civic engagement and education about important issues such as sexual health.

“I work in a restaurant so I pay local and income taxes, and the mayor and the D.C. council get to decide not only how to spend that money, but I get to pay those people sitting in office,” Schier said in an interview with The Hoya. “I don’t really think that’s fair. I get to pay them and they get to spend my money, so why don’t I get to vote for who I want to do that?”

Takoma Park, a small town in the Maryland suburbs outside Washington, D.C., became the first city in the United States to allow 16-year-olds to vote in local elections in May 2013. Since the law was passed, the city has seen high voter turnout among the youngest demographic, according to Takoma Park Mayor Kate Stewart (I).

“When we look at the percentage of registered voters who actually turn out — people who register to vote and then actually do vote — that our 16 and 17-year-olds actually turn out at higher numbers than older voters,” Stewart said in an interview with The Hoya.

“That’s one of the things we were particularly happy about, because they’re registering and they’re voting, which is the most important part,” Hollingsworth said in an interview with The Hoya.

The bill has been referred to the Committee on Judiciary and Public Safety for debate.