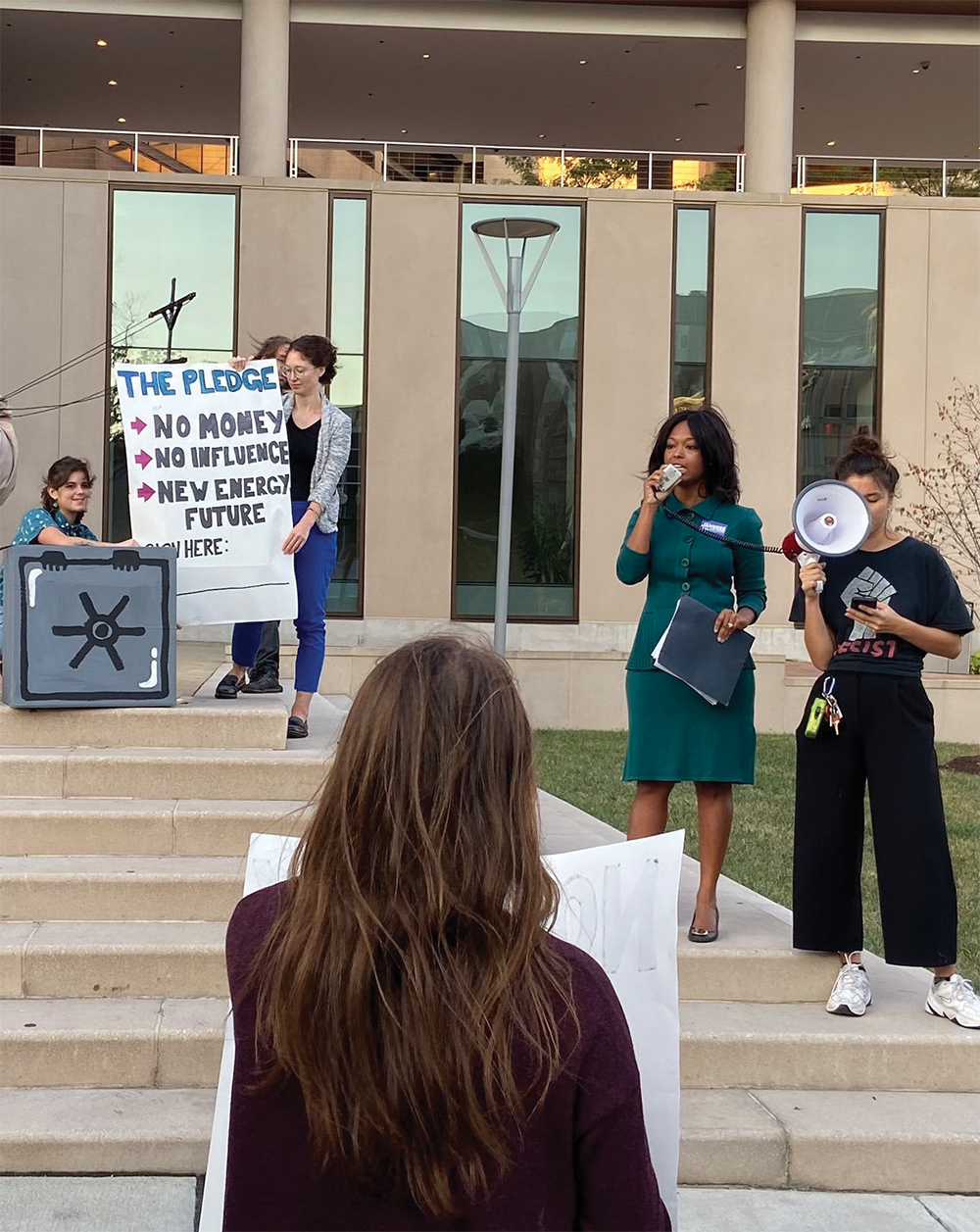 Six candidates for Washington, D.C. Council, including three from Ward 2, have signed the “No Pepco Pledge,” agreeing to not accept campaign contributions from Pepco, Washington Gas and fossil fuel companies.

The pledge calls for candidates to refuse campaign donations from D.C.-area electricity provider Pepco, Washington Gas and other fossil fuel companies and to disclose detailed information about meetings with Pepco and Washington Gas representatives and lobbyists. It also calls for candidates to support all legislation on studying the economic feasibility of alternative utility models.

350 DC, a local climate advocacy organization, launched the pledge Oct. 4 to encourage the use of renewable resources like wind, hydroelectric and solar power in D.C.

Currently, there are five candidates running in Ward 2 to replace incumbent councilmember Jack Evans. Evans has not yet filed paperwork to run for reelection to the seat he has held since 1991 but has until March 5, 2020, to do so. Ward 2 Democratic primary candidates Jordan Grossman, Daniel Hernandez and Kishan Putta, Ward 4 candidate Janeese Lewis George and Ward 7 candidates Kelvin Brown and Anthony Lorenzo Green have all signed the pledge.

Evans continues to be investigated for allegations that he violated D.C. Council ethical guidelines by using his position for business gain, including accepting payments in exchange for political favors.

All five candidates from Ward 2 are participating in the Fair Elections Program, which dictates that they cannot accept corporate contributions.

By eliminating corporate money from politics, D.C. can further develop its sustainability, according to Grossman.

“We need to get corporate money out of our politics in order to build a more sustainable future in DC,” Grossman wrote in an email to The Hoya. “That’s what the No Pepco Pledge is all about, and it’s why I’m proud to be one of the first candidates to sign on to it. The pledge is one demonstration of how, if I’m elected, I’ll make decisions based on merits, not based on contributions from corporations or their lobbyists.”

People must recognize and reject Pepco’s lobbying efforts in the District, according to Hernandez.

“I hope the pledge brings greater awareness to Pepco’s lobbying efforts within the District and create greater pushback against it,” Hernandez wrote in an email to The Hoya. “I hope it helps demonstrate I’m running to stand for people, not corporations and I’m committed to the climate change fight.”

The existential threat posed by climate change should compel government officials to take action, according to Putta.

“We cannot afford distractions from this goal and we need to ensure that our government is focused on this goal. That’s why I am proud to sign this pledge,” Putta wrote in an email to The Hoya. “I have nothing personally against the employees of these companies. But this is an existential crisis and our leaders need to be focused. I intend to try to lead by example.”

Pepco sources 29.8% of its energy from coal and 28.7% from natural gas, according to its environmental fuel source information. Only 5.8% is from renewable sources.

The other two candidates running for the Ward 2 seat, John Fanning and Patrick Kennedy, have not yet signed the pledge.

Fanning does not intend to accept money from fossil fuel companies but has not signed the pledge, he wrote in an email to The Hoya.

Although Fanning has not yet signed the pledge, he said he is happy to do so and has not received contributions from any employee of Pepco or its parent company, Exelon Corporation.

While the District should move toward a more sustainable future, the second tenet of the pledge — disclosing detailed minutes of meetings with lobbyists — could create problems, according to Kennedy.

“Having to take minutes of meetings with Pepco or utilities or whomever, is I think unworkable in practice,” he said in an interview with The Hoya. “I think it inhibits the free flow of information between a business that is pretty important to the constituents.”