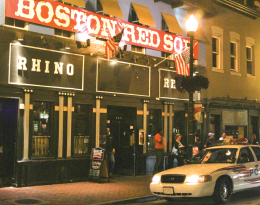 Mayor Vincent Gray’s proposed legislation to keep District bars open until 3 a.m. on weekdays and 4 a.m. on weekends was rejected in a 3-2 vote by the D.C. Council’s Committee on Human Services earlier this month.

The proposed legislation was intended to increase revenue for local bars and sales tax intake for the D.C. government. Gray estimated that with the additional hours, total revenue would increase by $3.2 million, with $1.2 million of that total coming in sales tax revenue.

Representatives of the Advisory Neighborhood Commission 2E, which includes the university and Georgetown neighborhood, lauded the outcome, given concerns that the proposed legislation would leave customers stranded without adequate public transportation home and residential areas vulnerable to excessive late-night noise pollution.

“All patrons that leave bars at 4 a.m. are inherently loud. It’s one thing to wake up at 3 a.m. or 3:30 and go back to bed, but after being woken up at 4 a.m. or 4:30 it’s much harder to go back to sleep,” ANC Commissioner Bill Starrels, also a representative on the D.C. Alcoholic Beverage Regulation Administration, said.

The proposal’s failure means that bars will have to find another way to generate the sought-after revenue. Three councilmembers have proposed an additional 6-cent excise tax on drinks.

“The mayor said there would be no tax increases this year and there still won’t be,” she said.