This past month has seen some serious changes and surprises in the soccer world.
Most notably, our favorite Chelsea Manager Jose Mourinho is no longer with the team. I questioned this decision at first, but it seems to be paying off for the Blues. While Chelsea still languishes in the bottom half of the table, the team has been playing much better under interim Manager Guus Hiddink.

In other news, Leicester City continues to defy expectations at the top of the Premier League table. The Football Association Challenge Cup is under way, and thus far there have not been any major upsets, though that could change soon. This past weekend saw a thrilling match between Liverpool and Norwich that ended in a 5-4 victory for my precious Reds, though they were lucky to win at all. Defense has continued to be atrocious, so hopefully Jürgen Klopp will sign a defender in this transfer window.

This week, I would like to turn everyone’s attention to the plight of Manchester United. It is rather funny that a team that is currently in fifth place continues to face criticism and booing from its own supporters when many other teams would love to be in Manchester United’s position. Just this past weekend, fans were more excited about a mouse that was on the field than watching their team fail to score against Southampton. Expectations have always been incredibly high for such a storied team, and fan support continues to fall flat after each subpar performance.

The Red Devils have never been the same since the departure of longtime manager Sir Alex Ferguson. After the disastrous reign of David Moyes, the club turned to Louis Van Gaal. While he has managed to get the club into a respectable place, the pressure is still very much on the Dutchman.

Under Van Gaal, Manchester United has been positively lackluster. When the team wins, it often does so with only a single goal. Much to the frustration of fans, striker Wayne Rooney has once again proven to be a disappointment, but United does not seem to have a better striking option. Instead of focusing on offense, it often seems that Van Gaal’s strategy is entirely defense-focused. To make matters worse, former United striker Javier “Chicharito” Hernandez — who hardly ever played under Van Gaal — has rediscovered his scoring form over in the Bundesliga playing for Bayer Leverkusen.

Indeed, the only players worth watching on this United team are star goalkeeper David de Gea — who nearly left the club this summer in a bizarre saga with Real Madrid — and defender Chris Smalling. Summer-signing Bastian Schweinsteiger has not really made much of an impact on the team, while Van Gaal continues to try to fit midfielder Marouane Fellaini into his squad with mixed results.

It has gotten to the point that former Manchester United club icons have been outwardly critical of Van Gaal and the things he is doing at the club. Paul Scholes seems to have new criticism for Van Gaal every week, while Rio Ferdinand and Gary Neville also occasionally chime in. Most notably, Scholes has said that the players look bored playing for Van Gaal and that Manchester United is an average team this year with average players. To say such a thing under Ferguson would have been utterly unthinkable — it is a sign of how far the mighty have fallen.

Van Gaal himself often seems bored throughout games. Unlike spirited managers such as Klopp, who is unafraid to express both his joy and his anger on the field, Van Gaal and his assistant manager Ryan Giggs watch every game with the same stoic expression, regardless of whether their team is winning or losing. It is hard to win over a club’s supporters when it seems like the manager does not care that much.

With the availability of high-profile managers like Pep Guardiola and Mourinho, I would be very surprised if United kept Van Gaal for the next season. Is it unfair? Yes, but that’s soccer for you. Van Gaal has erased the damage caused by Moyes and managed to get the team to qualify for Champions League. However, an early exit from the Champions League and the continued failure to dazzle does not sit well with supporters, who are used to seeing Manchester United as the dominant team in the league. Fans are beginning to show their dissatisfaction with both manager and team, and if Manchester United wishes to get back to its glory days, it will certainly not happen under Louis Van Gaal. 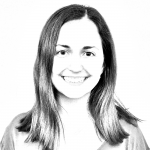