Football. To those of us living in the good old United States, it represents our passion for watching guys try to beat the living snot out of each other while chasing around a weird leather ball. We live, breathe and spend our Thanksgivings with this glorious sport. But to the rest of the world, it means something different entirely. Ask anyone living in Sweden, Mozambique or India what the word “football” is to them and he will enthusiastically tell you about the beautiful game known to us Americans as soccer.

Soccer is truly the world’s sport. Little kids grow up dreaming about playing professionally one day, following in the footsteps of the great Lionel Messi, Cristiano Ronaldo and Neymar Jr. When the FIFA World Cup comes around every four years, the world comes crashing to a halt. For one thrilling month, the eyes of the world are focused on the tournament, watching every game with the same excitement. Even here in the United States, people who normally don’t follow the sport band together with pride and cheer for our teams.

Last year, we watched with agony as our hopes were cruelly dashed by the Belgians following a thrilling quarterfinal match. The star of the game was goalkeeper Tim Howard, who made one insane save after another — a feat that led to him briefly replacing former Secretary Chuck Hagel as the secretary of defense, at least according to Wikipedia. This year, we watched with joy as Carli Lloyd led the American women’s national team to its first World Cup win since 1999 in a resounding 5-2 victory over Japan. But once the tournaments are over, our attention to soccer fades again until the next tournament. Our heroes slip into the background, becoming little more than distant memories.

Many people don’t follow soccer because they claim that it’s boring to watch teams chase a ball around for 90 minutes. This can certainly be true — I’ve spent many a game doing just that, watching as two teams duke it out only to yield a scoreless draw. But soccer is so much more than that. It’s a lifestyle. Entire families grow up cheering for the same team (in this case, my family is definitely the outlier because we count three Chelsea fans, one Tottenham fan and one Liverpool fan among our ranks).

Friendships are formed based on which club you root for. There is no greater feeling than sitting with complete strangers, eyes glued to the television as you all watch the same team, united by a feeling of loyalty and, if the rival team is playing, complete hatred.

Sure, watching a sport isn’t nearly as fun as actually playing it. And sure, it’s hard to get involved with soccer here in the United States because let’s face it, the MLS just can’t hope to compete on the same level as the English Premier League, German Bundesliga or Spanish La Liga. But with the arrival of players like Liverpool hero Steven Gerrard, Italian legend Andrea Pirlo, Chelsea icon Frank Lampard and the dynamic Americans Michael Bradley — current captain of the national team — and Clint Dempsey, that all looks set to change.

Just this July, when Gerrard and the LA Galaxy came to Houston, the stadium was packed with supporters, some of whom probably had never been to a Dynamo game before, all eager to see what Gerrard would do. These players breathe fresh air and excitement into the league, bringing with them knowledge and glory from their European days. As more and more players continue to make the leap, it remains to be seen whether or not the MLS can build a steady support for the game.

So before you go complaining about how soccer is such a boring game, give it a chance. Remember how excited you were when Lionel Messi and the Argentinian national team came to Georgetown last year? Remember how you chanted “I Believe That We Will Win” during the World Cup? Keep that same excitement with you and sit down to watch a game. You might be pleasantly surprised. 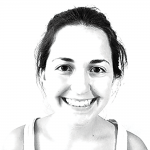