It seems that at some point in every season, most soccer managers experience a moment of questionable action. It could be anything from Arsène Wenger’s pushing a fourth official, leading to his four game ban or José Mourinho’s press conference antics.
The strangest headline we have seen thus far from a manager comes not from the Premier League, but from the Scottish Premiership, where Mark Warburton and Rangers Football Club caused heavy confusion over his managerial status.
Warburton has faced a lot of criticism for the oft-lackluster performance of his team. Rangers is currently in third place — a full 27 points behind league-leaders Celtic Football Club. It seems rather daunting, but for a team that was all the way back in League One a few seasons ago, it is a remarkable change.
It seemed like Warburton would manage to weather the storm — after all, what manager does not face criticism? But then came an official statement from Rangers announcing that the resignations of Warburton, assistant manager David Weir and head of recruitment Frank McParland had all been accepted.
It was a move that had apparently been building up all week, with the official Rangers statement declaring that the trio had made their intentions clear in a meeting with the management team. It seems fairly simple, with Rangers also announcing that it would waive its rights to substantial compensation.
This would allow the trio to easily join another team, a factor that was agreed upon when Warburton and his fellow members were granted a significant raise at the start of the season.
Rangers announced that the under-20 team coach Graeme Murty would take charge of the first team until a suitable replacement could be found. All in all, it seemed like everything was settled, even if the move caught everyone off guard.
And then, chaos set in. Not even an hour after Friday’s late night announcement, Warburton himself announced that he had not resigned and that he did not know what Rangers was talking about.
According to Warburton, he never uttered those words. In fact, that same day Warburton had assured everyone that McParland would remain with the club, something that seems rather bizarre if he was planning to resign that night.
Over the next couple of hours, it was difficult to tell what was going to happen. Even top football pundits were left in the dark, with both Rangers and Warburton sticking to their versions of events.
Details began to emerge that Warburton thought he would be tapped for the Nottingham Forest job back in his native England. Apparently, Warburton resigned from Rangers in order to make himself available, a move that backfired when Forest decided to leave caretaker managers Gary Brazil and Jack Lester in charge. Warburton then apparently tried to backtrack and claim that he had never, in fact, resigned.
Rangers chairman Dave King attempted to add more clarification to the story later on, saying that Warburton had freely admitted that he was using Rangers only as a stepping stone to greater jobs.
King also claimed that tensions were high at the club over Warburton’s insecurity about his transfer policy, due to the fact that several high-profile players either left Rangers or failed to sign for the once-glorious club.
Furthermore, King stated that Warburton had been leaking private boardroom information. While it is difficult to discern the truth when both sides adamantly insist that their versions of the story are right, it is very clear that animosity is running high between Rangers and Warburton.
King is focused on the future of Rangers, saying that he is willing to invest even more money into getting the club back to its glory days.
It is the kind of crazy situation that is leaving most of us scratching our heads, wondering at how a partnership can go so, so wrong. At the very least, it provides entertainment after a rather boring English Premier League week, but it raises the question of whether or not something similar could happen in England.
Warburton is now rumored to be seeking legal counsel and it would not be surprising at all if Rangers and Warburton become embroiled in a bitter legal dispute. Whatever the circumstances are, Warburton is no longer the manager of Rangers, a sad end to a wonderful story of a club rising all the way back to the top. 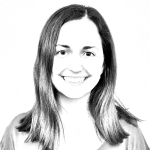 Vanessa Craige is a junior in the School of Foreign Service. The Beautiful Game appears every Tuesday.