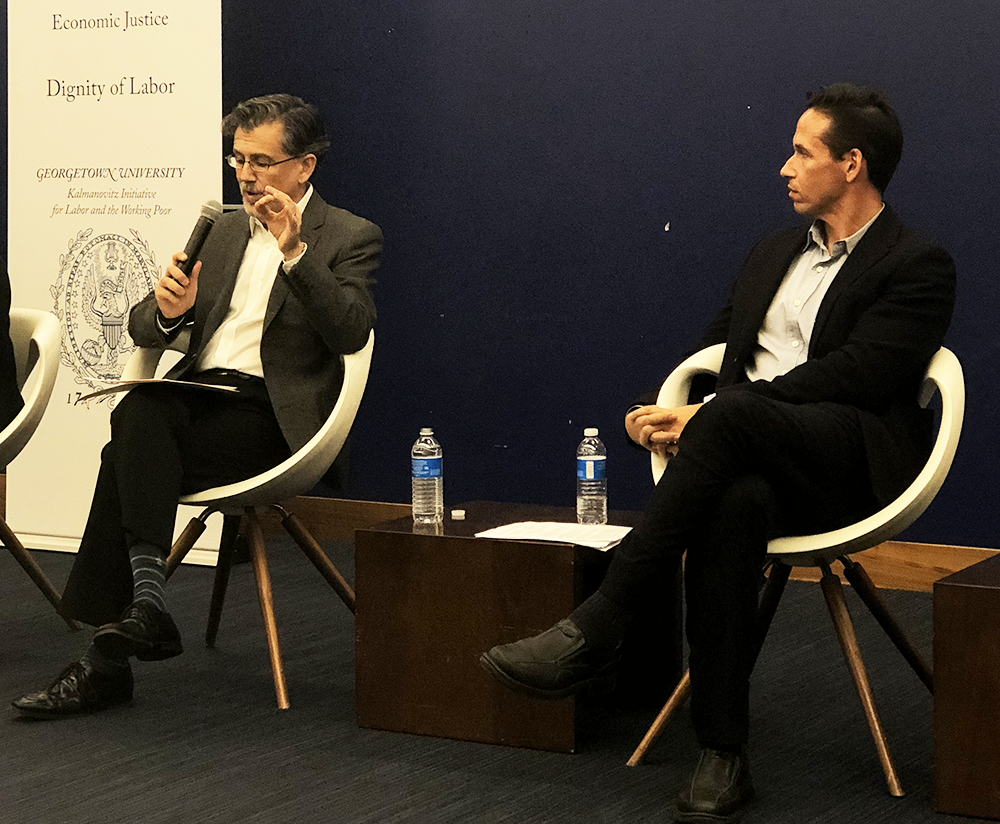 The prison labor system must be reformed to combat prison recidivism and include basic minimum wage rights, said a panel of ex-offenders and criminal justice experts at an event Tuesday.

Criminal justice reform advocate Sekwan Merritt and journalist Chandra Bozelko spoke to the benefits of their jobs in prison. They said they attained both tangible job experience and social skills. Merritt worked in print and wood shops while imprisoned and now works as an electrician.

“You learn an employment skill; this skill is needed in order to combat recidivism,” Merritt said. “We have to teach ex-offenders how to provide for themselves. These jobs are a means to do that.”

Outside the job experience and skills learned, however, Merritt and Bozelko said that prisoners are not being respected as actual workers but rather being exploited. Merritt said Maryland Correctional Enterprises, the prison labor arm of Maryland state prisons, has seen large profits from prison labor.

Marc Howard, director of the Prisons and Justice Initiative, moderated the conversation.

The panelists emphasized the power of educating incarcerated citizens with basic employment skills to fight recidivism and increase the likelihood of employment post release.

To address the problems with prison labor, Fahti said that state legislatures could amend minimum wage laws and other legislation to include wage rights for prisoners.

“The more prisoners are paid and protected just like other employees, the less risk that a desire for cheaper or more docile or more easily controlled prison labor will either undercut positions of free workers or distort the criminal justice system by creating a perverse incentive to maintain or even grow the prison population,” Fahti said.

Rizer, however, argued that the goal of prison reform is not to raise wages but instead to heavily focus on unemployment post release.

“It doesn’t offend me [to get paid $2 a day] because I think that’s part of your punishment,” Rizer said. “What offends me is [prisoners] got out, they could not get a job. For some reason, our society says that if you commit a crime, we are going to disinherit you from the American dream. That is the thing that we should talk about. Sixty percent of people that are released within one year are unemployed.”

On a more personal level, Bozelko felt transformed by her experience working in the prison’s kitchen, where she learned to “humble [herself],” ultimately making her “reevaluate the way [she] saw other people.”

Bozelko pointed out the exploitation of prison laborers, connecting it to a lack of respect and value for all low-wage workers.

“I don’t think it’s that different than the exploitation of a low-wage worker who is not incarcerated,” Bozelko said. “When I look at the prison labor problem, I see it very differently. I see it as a larger issue of how we treat people who earn low wages, no matter whether they are legally protected by minimum wage statute or not, but also how we view labor and the value of work.”

Regardless of one’s primary focus, however, the panelists agreed that workers’ skills should be valued whether they are incarcerated or not.

“Workers are workers,” Bozelko said. “What they do should be valued, whether inside or outside.”