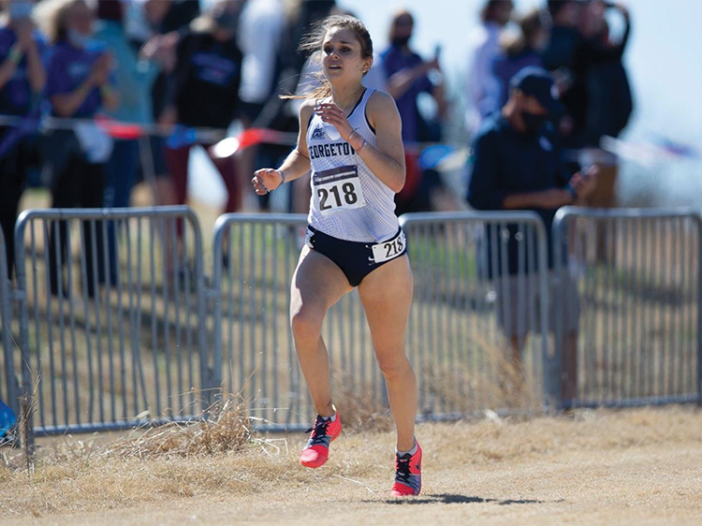 The Georgetown men’s and women’s cross country teams put together impressive performances to snag 22nd and 18th places, respectively, at the NCAA Division I Championships on Monday.

This year marks the first time both teams qualified to compete in the NCAA Championships together since 2015. The Hoyas’ time in Stillwater, Oklahoma wrapped up the season for the two teams, which will now turn their focus towards the upcoming track and field season.

To secure the 22nd place finish, the men’s team tallied 528 points and bested the 23rd-place North Carolina State University Wolfpack by a 19-point margin. The first Hoya to cross the finish line was sophomore Parker Stokes, who clocked a 31:13.0 in the 10-kilometer race to finish 74th overall.

Sophomore Shea Weilbaker and graduate student Jack Salisbury produced 31:37.2 and 31:56.9 finishes, respectively, becoming the second and third finishers for the Georgetown squad. Coming off a second-place finish in the Big East Championships earlier this month, the men’s team rounded out an irregular season with this solid showing on the national level.

In the women’s competition, the Hoyas finished race day with 494 points and an 18th place finish. The afternoon was not without drama, as Georgetown found itself in a tiebreaker showdown with the Indiana University women’s squad. However, the Hoyas won the challenge, pushing the Hoosiers into 19th place out of 31 teams.

In the women’s six-kilometer contest, the first three Hoyas to finish were sophomore Maggie Donahue, junior Sami Corman, and senior Baylee Jones, who recorded 20:51.0, 21:27.0 and 21:45.9 race times, respectively. Donahue’s impressive performance propelled her into 32nd place individually, for which she earned All-America honors from the United States Track & Field and Cross Country Coaches Association, an honor awarded to the top 40 runners in the NCAA.

This 18th place finish concludes a stellar year for the women’s team, which came roaring into a pandemic-hampered season to win the Spider-Patriot Classic before conquering their conference to become Big East Champions earlier in March.

Since the competition in Stillwater officially concludes this year’s abnormal cross country season, both squads will now look to prepare for their upcoming track and field competitions. The Hoyas are set to begin the track and field season by competing in the Raleigh Relays hosted by North Carolina State University on March 25-27.